Binotto insists Ferrari have no regrets over Hamilton

Ferrari will line up for the 2021 Formula 1 season with a driver pairing of Charles Leclerc and Carlos Sainz after the Spaniard was hired to replace Sebastian Vettel. Despite persistent speculation linking Lewis Hamilton to Ferrari over the years, team principal Mattia Binotto insists he has no regrets that the move failed to materialise. 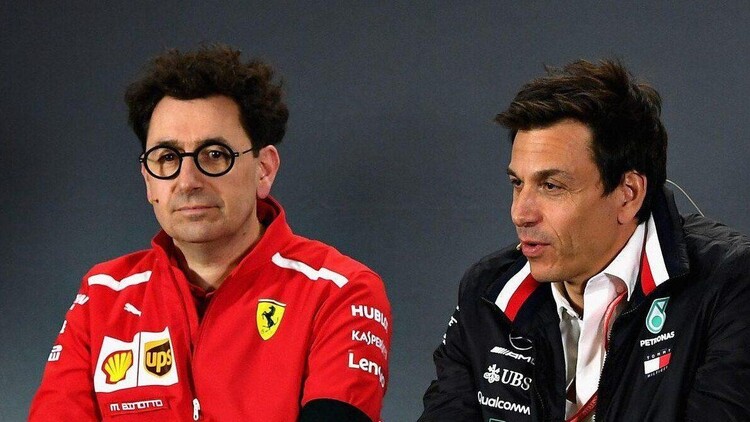 Ferrari boss Mattia Binotto has revealed the team have no regrets that a deal to sign seven-time Formula 1 World Champion Lewis Hamilton was never struck.

There had appeared to be an opening when it was announced in May of last year that Sebastian Vettel’s Ferrari contract would not be extended, but the team instead opted for a more youthful replacement in the form of Carlos Sainz.

"I think Sebastian is a great person, a great driver, and we had some great moments together - but I think it was time to take a different decision and to move forward," Binotto explained to Sky Sports.

"We will have a very young line-up in the future, the youngest Ferrari line-up since 1968, but those two drivers, Charles and Carlos, are very strong, very talented, and even though they are young they have some good experience in F1. I'm very happy for the choice."

Vettel spent six seasons with the team, winning 14 times and twice finishing second in the drivers’ championship to Hamilton, with the Brit going on to become the most successful driver in the sport’s history.

It’s only natural that a driver with the accolades of Hamilton would be linked to the famous Italian outfit but talks between the two parties never progressed further. With the team looking to put a dismal 2020 behind them, Binotto is confident they’ve got the right drivers in place.

"I don't think there will be regret because at the end when we took some decisions," Binotto continued.

"We took them thinking they were the right decisions and today we have a fantastic driver like Charles where we invested a lot as Ferrari. I think he's got a lot of talent. If he's got the right car, I'm pretty sure he can challenge Lewis Hamilton.

"We've made our choices, and I think together with Carlos we are very strong. I don't think there will be any regret."