Are Mercedes set to race in silver once again in 2022?

Mercedes could be set to ditch their black livery and revert to silver for 2022, according to a report in German media. 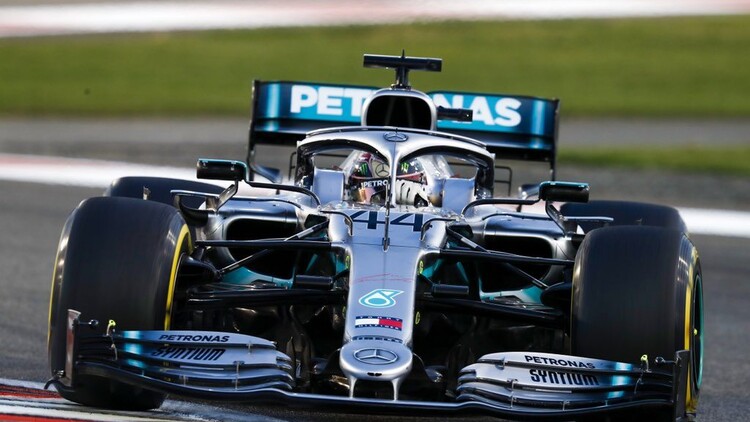 Mercedes could be set to revert to their more traditional silver livery for 2022, ditching the black livery they have used since the start of 2020.

Having switched from silver to black for the 2020 and '21 seasons as a visual representation of their support for Lewis Hamilton's endorsement of the 'Black Lives Matter' movement, Mercedes could be set to revert to being the 'Silver Arrows' once again next season.

A report in Germany's Bild claims that Mercedes will make the switch, marking the start of the new regulation cycle and the arrival of new blood in the form of George Russell alongside Hamilton.

However, the change in livery is yet to be confirmed by the team.

"Going back would be a nice change"

While the change was made in support of Hamilton, the seven-time World Champion himself won't be pushing to keep the black livery as he indicated late on in 2021 that he wouldn't mind a change back to silver.

"I don't have a particular feeling towards it," Hamilton told RacingNews365.com and other members of the media over the Russian Grand Prix weekend in September.

"I'm not involved in that for next year, and it is originally a Silver Arrows

"When I asked if we could go to make the car black last year, in terms of the symbolism, and what we intend to do moving forward in terms of support, I wasn’t expecting it to last particularly long, and we carried it into a second season, which is awesome.

"If it goes back, it will be a nice change. It doesn't deter us from the changes that we are making internally, as we continue to truly push for diversity, even working with all of our partners.

"We've got a good programme going, so it doesn't make a difference."