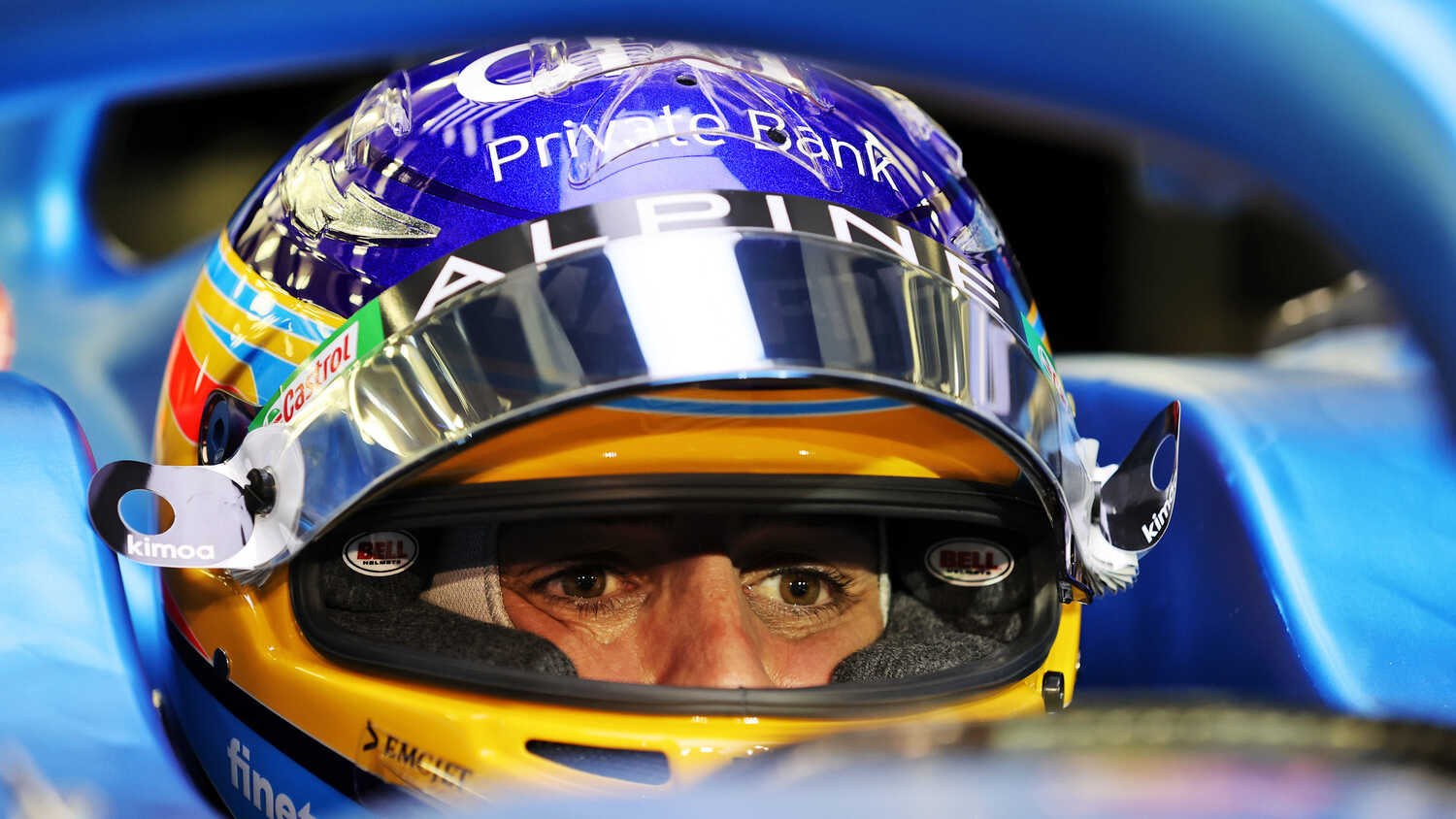 Fernando Alonso is the early pacesetter in day two of F1 pre-season testing in Bahrain.

The two-time world champion is returning to the sport after a prolonged period away, but he has seemingly taken like a duck to water in his new machinery.

Elsewhere, Carlos Sainz has looked a tad skittish for Ferrari, going seven-tenths slower than his compatriot, while Yuki Tsunoda has completed the most laps so far in the Alpha Tauri - with 33.

Mercedes have also enjoyed a much better morning, with Lewis Hamilton clocking consistent times without issue in his new W12. However, it hasn't been completely trouble-free for the Brit, who has complained of being uncomfortable in his current seating position.

Mclaren have been conducting what appears to be a constant speed test, whereby Daniel Ricciardo was asked to keep his pace consistent on track, stopping in the pits numerous times in-between.

Sergio Perez has enjoyed a relatively low-key Red Bull debut, with his quickest time so far over three seconds down on Alonso's benchmark.

We have also seen the likes of Nikita Mazepin, Antonio Giovinazzi, Yuki Tsunoda and Sebastian Vettel take to the track so far in this session.

Here's how things stand on the leaderboard with two hours remaining in session one. 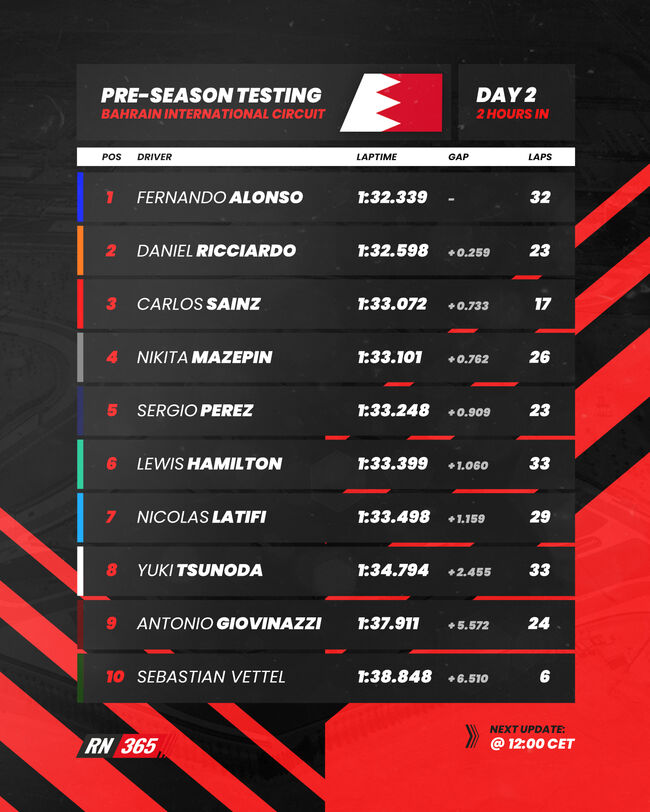