The two-time world champion plans to be aggressive once again during the British Grand Prix and expects to be on the dark side of the stewards for the remainder of the season. 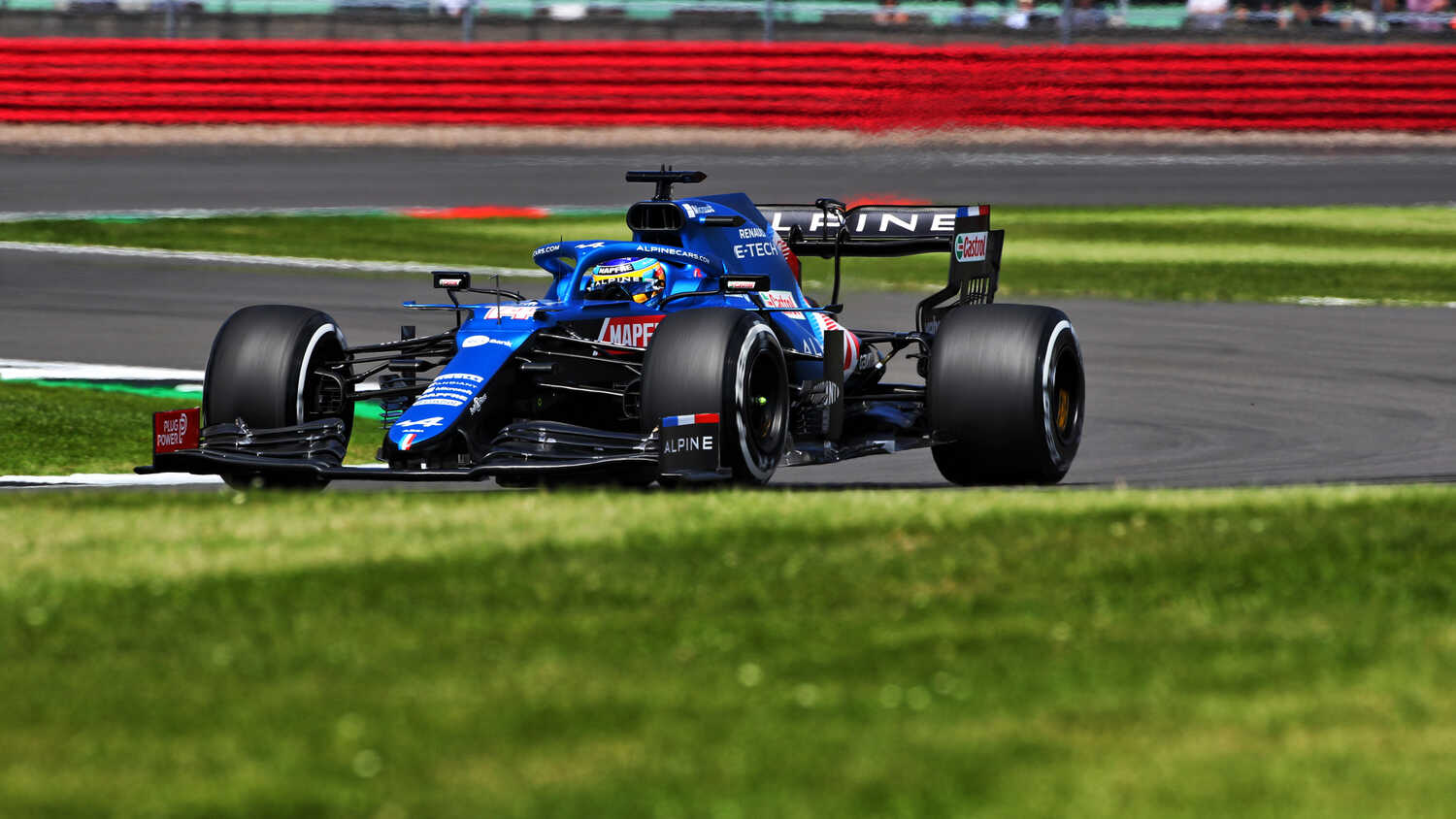 Fernando Alonso was happy to be on the other side of the stewards during Sprint Qualifying at Silverstone after a series of races where he felt other drivers including Daniel Ricciardo made illegal overtakes on the opening lap.

Alonso was given a warning for moving under braking and was visibly seen to be weaving down the straights to break the slipstream to the cars behind.

“I never moved under braking, I was moving at the beginning of the straight," Alonso told RacingNews365.com and other members of the press.

“But I don't care, to be honest. I've been on the other side for now nine races. It's going to be the same for the remainder of the year. I will be in the dark side, this time.

The Alpine driver thinks his opening lap, which saw him go from 11th to 5th, was one of the best in his Formula 1 career.

"I know there are a lot of first lap performances that are understood like good ones, especially in the Renault days with a very good start," added Alonso. "But this one it was not only the start into Turn 1, it was Turn 3 4, 6, 9 so it was a more complete lap.

"I think the first lap was a combination of things. The start was better than Carlos [Sainz] especially. It was not too different compared to Sebastian [Vettel] and some other cars so Carlos was made in the start.

"Then Sebastian was made in Turn 1 and then it was some quite some high risk manoeuvres. One was with the McLaren and [Sergio] Perez in Turn 4. Then Perez again in Turn 6, [Lando] Norris in Turn 9.

“I guess if I was fighting for the championship, I will not make those manoeuvres, because there is more to lose than to gain. But we are in a position that we can take maybe more risk, and benefit also from the red tyre first lap performance."

Alonso reiterated that he will be aggressive once again on Sunday due to Alpine having less to lose than some of their rivals.

"The guys in front, they are fighting for bigger things than us so we will be aggressive," said Alonso. We've been aggressive in the last three or four races. In Baku it was a two-lap race, and we recovered many places.

“In Paul Ricard and in Austria we recovered a lot of places, but they overtook us outside of the circuit on lap one with no penalties. Here it seems a little bit more difficult so let's see if we can recover places in the race, and everyone stays on track.”