Alonso on Austria lap one track limits: You feel a bit stupid

The Alpine driver was not pleased with Daniel Ricciardo and Charles Leclerc due to their alleged abuse of track limits at Turn 1 at the Austrian Grand Prix. 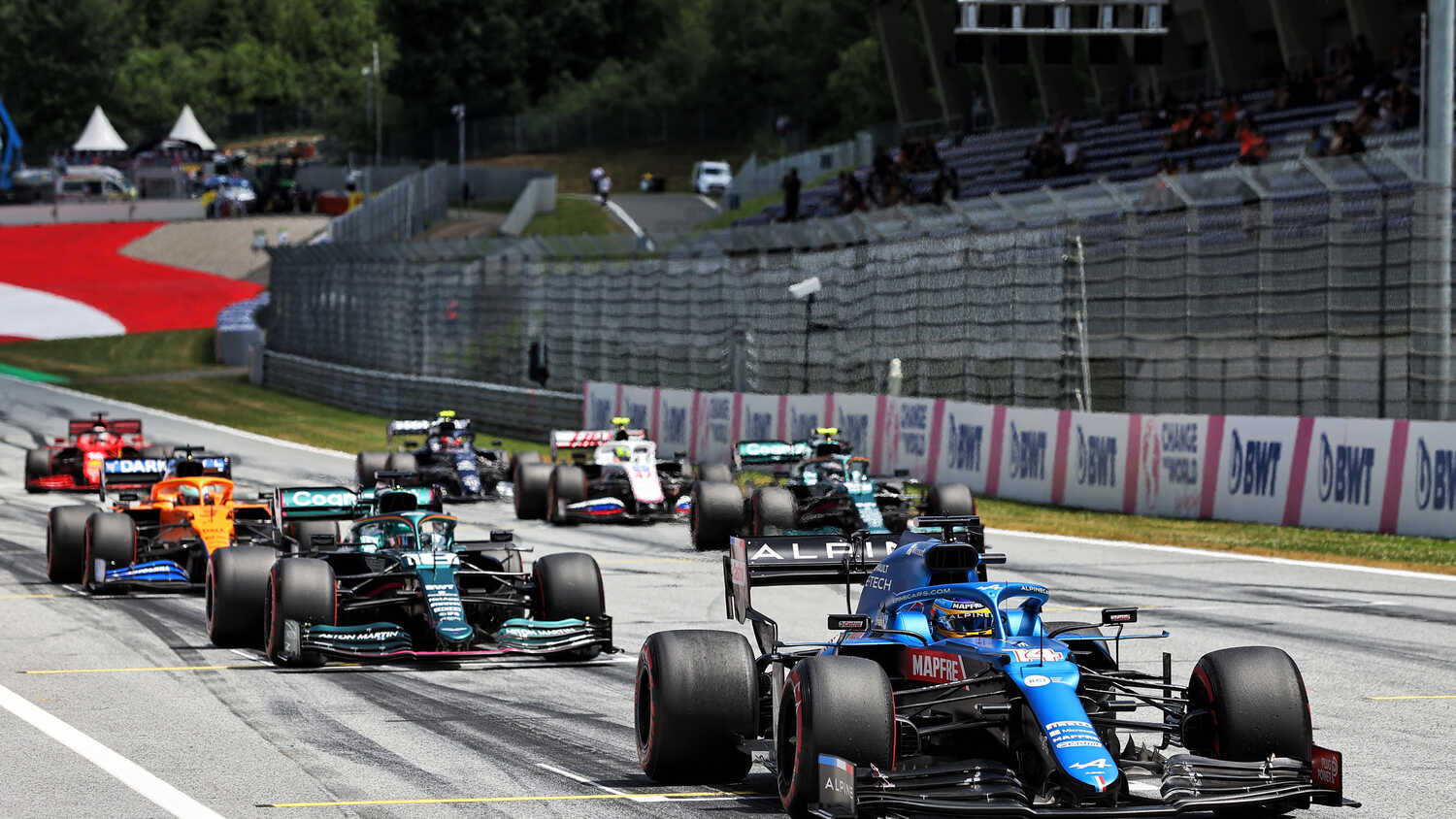 Fernando Alonso was not happy with drivers who intentionally went wide at Turn 1 of the Red Bull Ring on the opening lap to gain an advantage, and were subsequently not penalised.

Alonso went up the inside of Charles Leclerc and Daniel Ricciardo at the first turn, only for the pair to emerge well in front on the exit. In Ricciardo's case, he went completely off the circuit whereas Leclerc did manage to stay within the track limits.

"We raced in Austria two times in two weekends and I was the only one overtaking cars at the start, braking very late often one on the inside,” Alonso told RacingNews365.com and other select members of the press.

“I overtook Ricciardo and Leclerc this time and they went off track at the exit of [Turn] 1 and they exited in front of me.

“And even more than that, they take the run into the next car in front from the slipstream into Turn 3. I felt that was very unfair and it was at the Styrian GP too.

“I was into Turn 1 in front of Charles and Ricciardo, and I exit then 150 metres behind Ricciardo and I was the only one making the corner, so you feel a little bit stupid.”

The stewards often take a more lenient approach on the first lap, but Alonso thinks it does not matter in these scenarios because there is a clear performance advantage which should be penalised.

"But it was not the case. It was just a pure performance decision to go wide and to keep the throttle on. He was not side by side. So I don't think that is a grey area. It was quite clear. By respecting the rules, we were 15th after the first lap."

Alonso was even more furious on the team radio in the early stages of the Austrian GP on his way to 10th place to score fourth consecutive points finish.

“So Ricciardo out of [Turn] 1 gained three or four positions, so I guess a penalty will come very soon,” said Alonso during the race.

"It was amazing, what he did, amazing. So I guess he needs to give up at least six positions and it has to be now, not at a pitstop.”