Alpine's Fernando Alonso has explained why he was so annoyed about Raikkonen's overtake on him at Turn 1 during the United States Grand Prix, feeling the stewarding was inconsistent. 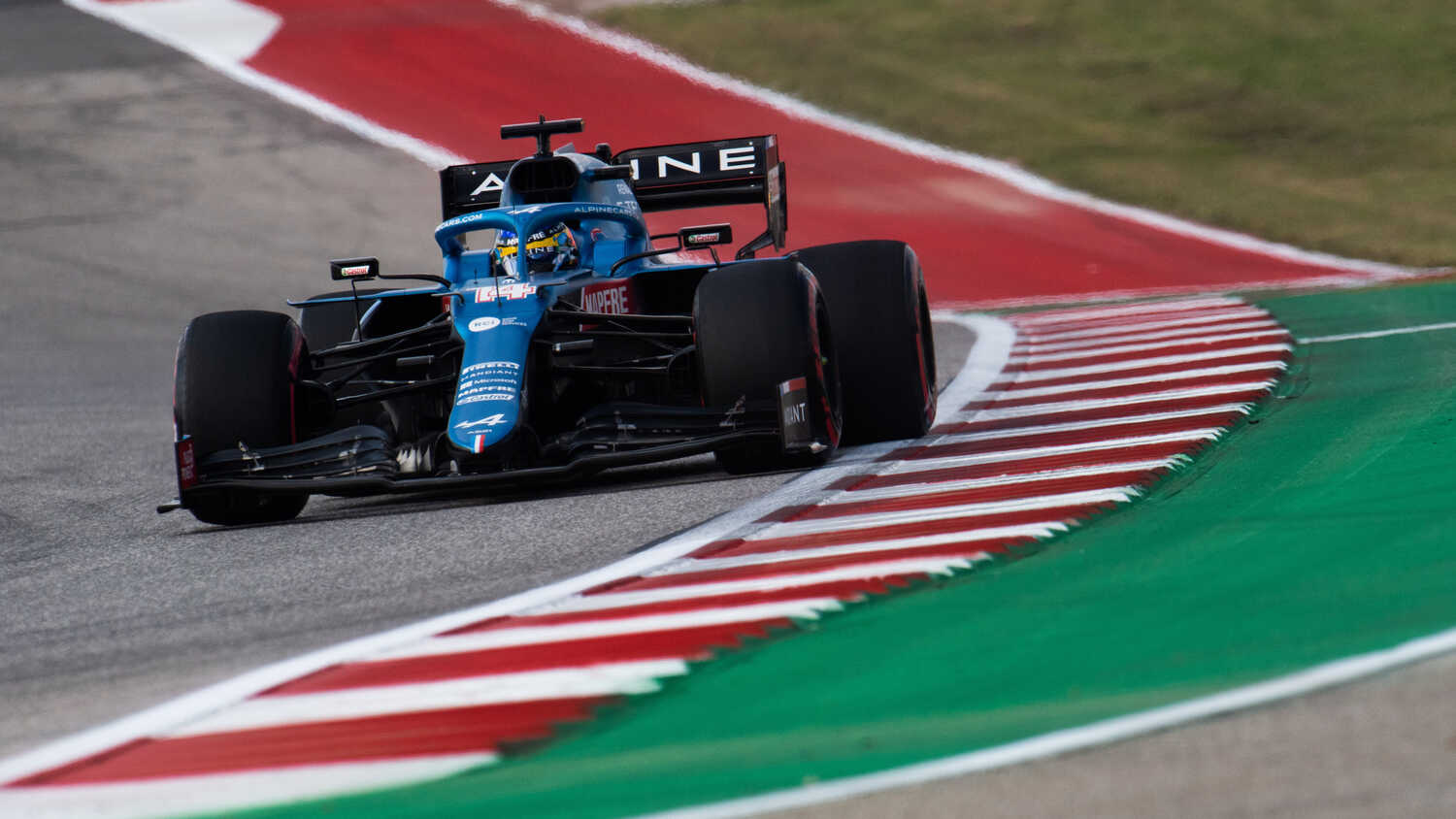 Fernando Alonso has explained why he was left annoyed by Kimi Raikkonen's overtake on him during the United States Grand Prix.

The two veterans went wheel-to-wheel into Turn 1, with Raikkonen attacking the Alpine driver around the outside. Alonso pushed Raikkonen off the track, but the Alfa Romeo man kept his foot on the throttle and held firm to claim the inside line for Turn 2 and take the position.

Shortly after, Alonso sailed up the inside of the other Alfa Romeo of Antonio Giovinazzi at Turn 12. Running out onto the escape area by himself, Alonso kept the power down and took the position away from Giovinazzi, only to be told to give it back.

Alpine's Sporting Director, Alan Permane, could be heard on the radio to the FIA's Michael Masi questioning the legality of overtaking around the outside in the escape area, a suggestion that got short thrift from the Race Director.

Alonso would eventually retire from the race with a broken rear wing, having been frustrated by what he felt was inconsistency in the application of the rules.

"I think he overtook me outside the track," Alonso told the media, including RacingNews365.com, when asked about the Raikkonen overtake.

"Obviously, it's their [the stewards] decision, so we have to accept it.

"I don't know if you saw the whole race, but there was the same incident, I think in Lap 1, Lando [Norris] in Turn 12. He braked on the inside, overtook [Carlos] Sainz, Sainz went off track, retook the position, and he was fine."

"Then, on the last part of the race when I overtook [Antonio] Giovinazzi for the second time, I braked on the inside in Turn 12," said Alonso as he recounted another incident he had with Giovinazzi, where the Italian was forced to give the place back.

"I forced him off track, and he regained the position off track. That time, he had to give me back the position. So, in a way, you always force a guy to go off track, when you brake on the inside.

"[If] you commit to an overtake and they are on the outside, they need to decide to back off, or keep the full throttle off the track outside the circuit. That's what Sainz did, Giovinazzi did, I did, and we had to give back the position, because you are running full throttle off track.

"But Kimi didn't. So that's why I felt that it was not consistent. I lost like 10 seconds by doing all these things. And, obviously, the point possibilities were gone.

"But I'm not too mad about this because it is only a one-point place and then we had the failure of the rear wing anyway, so it didn't change our race arguably, so it's not a problem."

Asked about the consistency of the application of the rules to overtaking, Alonso compared the situation to a handball scenario in football.

"I don't think that we need anything, the rule is very clear," he said.

"So we don't need any modification, we just need to implement the rules when it happens."