Alonso amazed by Mercedes' speed: They won with a 25-place penalty!

Fernando Alonso was taken aback by Mercedes' speed in Brazil as Lewis Hamilton charged through the field to victory. 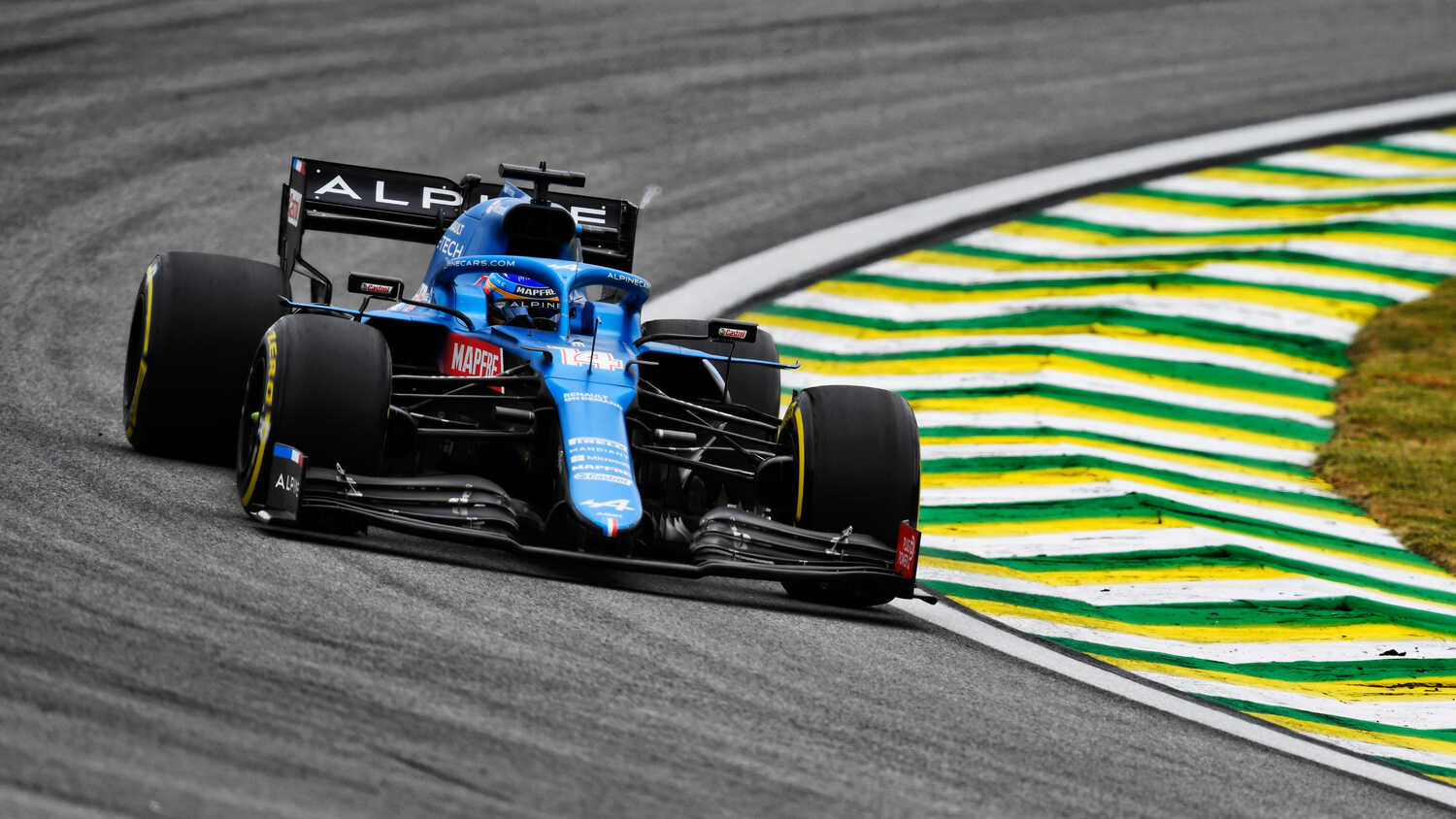 Hamilton charged from 20th to fifth in the Sprint race following his qualifying exclusion, and then recovered from a five-place grid penalty for the Grand Prix itself to rise from 10th to first, displaying impressive straight-line speed in the process.

Hamilton's speed raised further questions from the Red Bull camp, while several other drivers, including Alonso, expressed their surprise at just how much of an advantage Mercedes held over course of the weekend.

"Obviously, I was surprised. I mean, everyone is surprised," Alonso told media, including RacingNews365.com.

"There is one guy that had a 25-place penalty in the weekend and still won the race! So their superiority on this weekend was outstanding.

"It's up to us, the other teams, to catch up, to improve our package, our engine, our aerodynamics..."

Alonso has admitted that it is a tough situation for a driver to go into a weekend without a realistic opportunity of fighting at the front, but hopes this will change in 2022, when new regulations come into play.

F1 will enter a new era next year with cars featuring a 'ground effect' aerodynamic concept and simpler front/rear wings, among many other changes, with the intention of allowing drivers to follow much more closely and promote wheel-to-wheel racing.

Alongside this, the rules are of a more prescriptive nature, aimed at keeping costs down in conjunction with the budget cap.

"We are all professional drivers and we are all very dedicated to our sport," Alonso went on to comment.

"We train a lot, we do a simulator, we risk our lives every time, but we are one lap behind every weekend. We go to Qatar and we know that in advance, [and] this is the only sport that it's happening [in].

"That's why probably the new rules are coming next year, to try to make a little bit more fair, the sport. I don't know if we will manage to do that.

"But I imagine the young kids, they come to this sport and they see one car overtaking two people on the straights... They cannot lose their hope, you know, that they can be champions one day."