Alfa Romeo have taken the opportunity to say goodbye to Kimi Raikkonen with a funny quote on his engine cover. 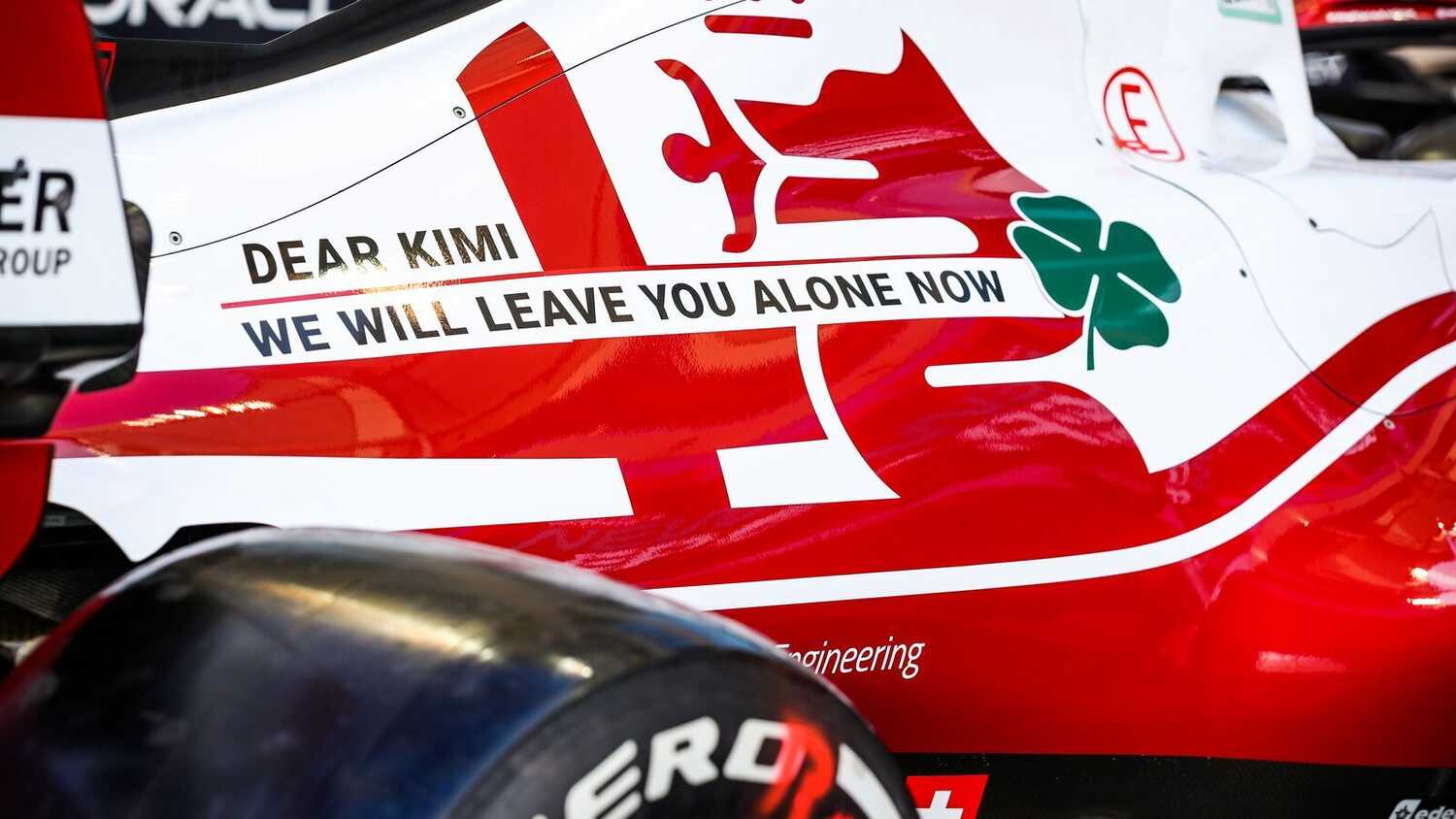 Alfa Romeo have taken the opportunity to say goodbye to Kimi Raikkonen this weekend, as the Finn calls time on his Formula 1 career after 20 years at the top level in motorsport.

Raikkonen announced his retirement from F1 earlier this year, with the Abu Dhabi Grand Prix marking his last Grand Prix.

Raikkonen's career ends at the same team he began his F1 career with back in 2001, having debuted for Sauber at the 2001 Australian Grand Prix.

Following on from a send-off at the team's factory, Alfa Romeo are saying a final goodbye at the Yas Marina Circuit and have emblazoned Raikkonen's engine cover with: "Dear Kimi, we will leave you alone now".

This is a throwback to the 2012 Abu Dhabi Grand Prix, when Raikkonen won for the first time since returning to the sport after two years away.

Famously, he got on the radio to tell his engineer to "leave him alone" as he "knew what to do" - a quote that became synonymous with Raikkonen from that day forward.

Raikkonen has been open about feeling pleased that his F1 career is coming to an end, and said that he doubts he'll feel much emotion when he starts his final race on Sunday.

"I doubt it, but you never know," Raikkonen told media, including RacingNews365.com, when asked if he might feel sad on the day.

With Raikkonen accompanied by his wife Minttu and his children, he believes the family might feel more sad about the end than he does.

"My wife will be more emotional about it," he commented.

"But, honestly, I doubt that the kids will really care either way! They found other things to do that are more interesting, and I think they look forward to come to a warm country and have the pool and other things, but it's nice to have them here."