Former Formula 2 driver Mahaveer Raghunathan made a surprise return to the cockpit this week, carrying out a private test with Alfa Romeo. 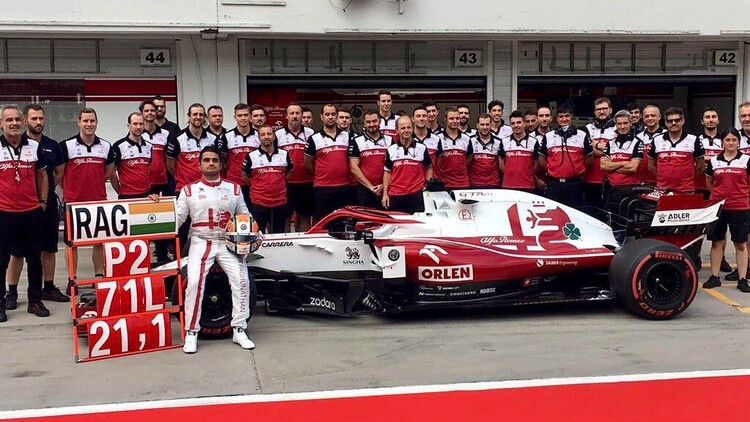 Mahaveer Raghunathan made a surprise appearance in a Formula 1 car earlier this week, as the Indian driver was called up by Alfa Romeo for a private test in their 2019 C38.

Raghunathan became well known in 2019, due to appearing to fall well below the standard of the rest of the Formula 2 field. Scoring a solitary point in his campaign, he also picked up a race ban due to accumulating 12 penalty points over the season.

Raghunathan hasn't raced since the end of 2019, making his appearance with Alfa Romeo this week all the more surprising. The Indian driver put in a day's testing on Tuesday with the C38, finishing almost two seconds off the pace of Theo Pourchaire on Wednesday as the team also tested out their 17 year old protege.

For both drivers, it was their first appearance in a Formula 1 car, with Pourchaire in the running for a possible step up to Formula 1 in 2022 with Alfa Romeo if he meets the superlicence requirements.