Wolff shoots down talks with Masi: I'm not interested

Toto Wolff has no interest in having a conversation with FIA Race Director Michael Masi, in the wake of the contentious Abu Dhabi Grand Prix. 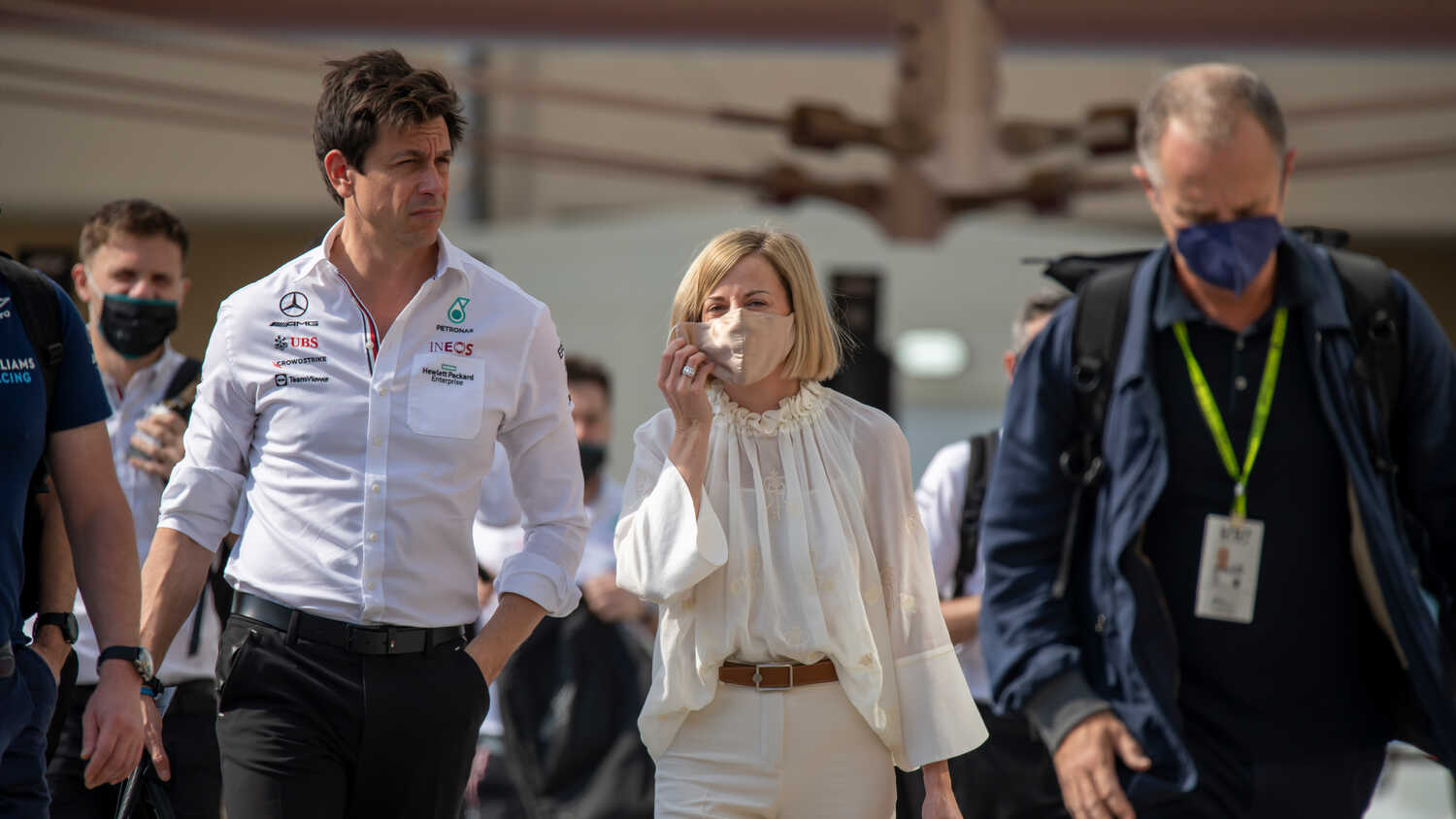 Toto Wolff says he has no interest in discussing the events of the Abu Dhabi Grand Prix with Michael Masi, as the Mercedes boss hit out at the FIA's Race Director for the decisions he made in the closing stages of the race.

With Masi calling in the Safety Car with a lap to go after clearing some of the lapped cars between the leading Lewis Hamilton and title rival Max Verstappen, it opened the door for Verstappen to attack Hamilton while on much fresher tyres.

This swung the title away from Hamilton and towards Verstappen, and Wolff was still clearly angry about it when talking to media on Thursday.

"I'm not interested in having a conversation with Michael Masi," Wolff said flatly when asked by media, including RacingNews365.com, about whether he'd had any contact with the Race Director.

"What he has... the decisions that have been taken in the last four minutes of this race have robbed Lewis Hamilton of a deserved World Championship.

"His driving, particularly in the last four races, was faultless, he had a commanding lead on Sunday in Abu Dhabi from the get-go, he won the start and he never gave the lead away again. And robbing him in the last lap of the race is unacceptable.

"That's why, from a personal and professional standpoint, my values and sense of integrity isn't compatible with the decisions made on Sunday."

"We have trust in the FIA"

With the FIA announcing earlier this week that the governing body intends to closely investigate and learn from the events of the Abu Dhabi Grand Prix, Wolff said that Mercedes will have confidence in the decisions made.

"It is up to the FIA to decide, going forward, how these decisions, how these situations can be avoided," he commented.

"I would have been totally OK with Max and Red Bull winning the championships on Sunday, and the situation has nothing to do with Max. He is a worthy Champion, his driving is exceptional.

"Red Bull are fierce competitors. I have the greatest respect of the people working there, it has nothing to do with them.

"But I would have loved to sit here and avoided all these discussions and the damage that has been done to the sport by the decision-making on Sunday, so the FIA needs to decide how they're going forward.

"We had a good dialogue with the FIA over the last few days and [with] the commission that is set in place I have trust and faith that we will formulate, together with our competitors, the drivers of the other teams, the right decisions and actions to avoid such a scenario in the future."