Mercedes' Toto Wolff has said that a ride height 'trick' on their W12 isn't an explanation for their sudden pace advantage over Red Bull. 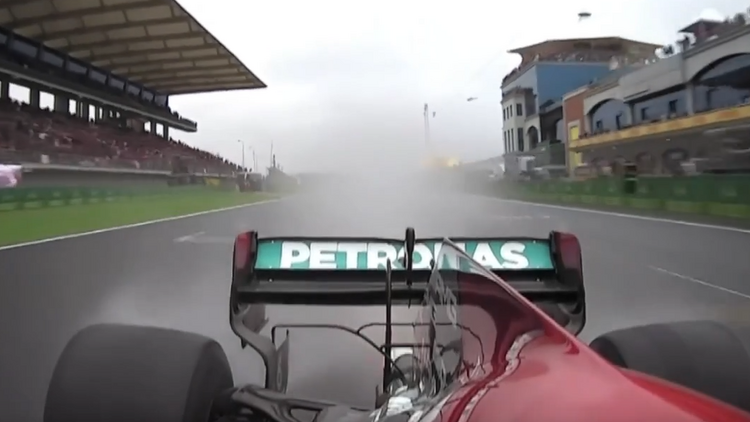 Article
To news overview © At higher speeds, the rear of the car appears to drop and 'hunker down'

Mercedes' Toto Wolff has denied that a suspension concept on the W12 has contributed to their sudden increase in pace relative to Red Bull.

TV footage has emerged of the rear of the Mercedes, a high-rake concept car, dropping to the ground as the car increases in speed. This essentially stalls the airflow under the car and would contribute to a higher top speed – something that has been particularly noticeable on the Mercedes in recent races.

Red Bull have brought attention to the system, saying that Mercedes' straight-line speed is concerning.

"Are they just running a higher engine mode or is it the system that they're activating now?" Horner pondered to Sky Sports F1 after FP1 in Austin, where Mercedes were almost a second clear of everyone else.

"I'm sure there will be plenty of analysis into that after this session.

"It's not just down to the engine, they've dropped their rear height in Turkey."

But Wolff denied that the suspension system is the reason for Mercedes' sudden leap forward relative to everyone else. He believes that Mercedes have an advantage through the corners, as well as the straights, over Red Bull.

"We recognise absolutely that this is a sport where competitors will always try to find out whether there is some kind of silver bullet," he told select members of the media, including RacingNews365.com, on Friday afternoon in the US.

Click here to see a video of the suspension system in action.

© At higher speeds, the rear of the car appears to drop and 'hunker down'