Wolff insists Mercedes made 'no mistakes' despite failure to claim pole

Mercedes failed to secure pole position for the Russian Grand Prix, but Toto Wolff believes the team were simply the victims of some bad luck. 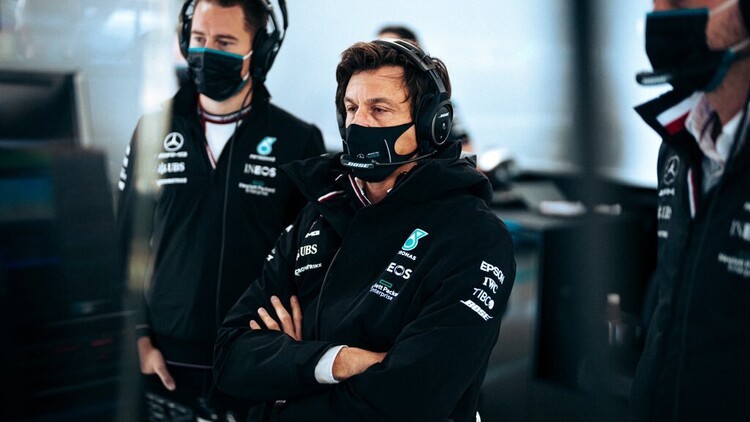 Toto Wolff cursed Mercedes' luck after missing out on the front row of the grid for the Russian Grand Prix, stating their poor performance was down to an "unfortunate situation" rather than a mistake by the team or their drivers.

Mercedes dominated Friday practice and the first two parts of qualifying, only for Lewis Hamilton and Valtteri Bottas to qualify fourth and seventh respectively.

Things began to unravel when Hamilton damaged his Mercedes on the entry to the pit lane with four minutes remaining, which forced Bottas to sit and wait behind his teammate.

Wolff insists nobody was to blame over how things played out.

"There are situations which are really unfortunate," Wolff told Sky Sports. "It's not even that we made a mistake, or that the drivers contributed to it.

"We were the first cars out in the session and that's why we were in a sequence that either we would have aborted our last two runs on the Intermediate to get two Soft runs in, or like we [did], played it safe [and] finished the lap.

"At the end, even without Lewis' kiss on the wall, we wouldn't have been able to do two laps.

"If you let me turn back what we would change is maybe not go out first on the track, but go out a minute later. But knowing this would have these consequences at the end, is a crystal ball reading

"At the end of the day it was unlucky, it cost us P1 and P2 the grid. Now we need to turn it around tomorrow, but these things sometimes go against you."

Despite the disappointment, Wolff says Mercedes are still aiming for victory on Sunday.

"With Lewis where he is we can win it, [so] that's the aim if everything goes well," Wolff added.

"Valtteri starts seventh so there are other considerations we have at the moment, but I think he can easily make it back to the podium."