Toto Wolff has given praise where it's due, saying Red Bull's brave strategy calls kept them a step ahead of Mercedes. 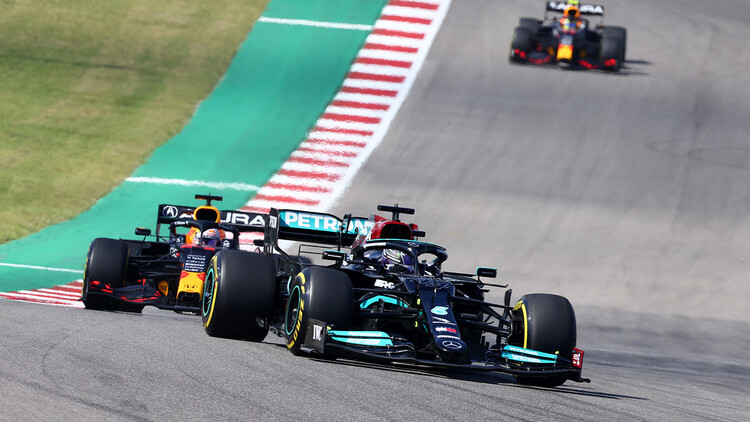 With Red Bull doing the same at the second stops, as Hamilton closed back in to get within undercut range himself, it left Verstappen with the tricky proposition of holding off the Mercedes on fresher tyres at the end of the race.

But with track position an advantage at the Circuit of the Americas, Verstappen brought it home just over a second clear of his title rival.

Speaking after the race, Mercedes boss Wolff was downbeat about the team's loss, but full of praise for Verstappen and Hamilton after what he viewed as two drivers performing at their very peak.

"I think they were [at their best]," he told media, including RacingNews365.com.

"You could see with the different strategies, one team that went for the undercut out of necessity, and a very courageous move, because it was very early. The second time again and [it worked] to their advantage.

"Max's driving was, particularly in the last stint... You could see that he had learned from the second stint not to damage the tyres too early, because he had something left at the end."

Wolff explained that Mercedes weren't happy on the Medium tyre, and that they didn't think they'd have been able to finish the race had they tried to be as aggressive as Red Bull.

"On the contrary, we were just on the back foot because the car was not fast enough in the first stint on the Medium," he said.

"We couldn't possibly go on for an early stop because, based on the data that we had on the Medium, it didn't look like we could finish the race at that stage with an early stop.

"Lewis drove awesomely. He brought the tyre in, remained calm even though we were six-and-a-half [seconds behind after the first stop], [and] in the second stop, eight-and-a-half seconds.

"He brought it in, increased the pace and, at a certain stage, there was just a massive difference. That was brilliantly executed, but just not close enough at the end. When you follow a car you start to suffer a bit. I think if we would have had maybe two laps more, who knows?

"But it is what it is and you need to congratulate Red Bull for their two stops."