Wolff explains meaning behind 'f**k them all' radio message

Toto Wolff sounded frustrated while speaking with Lewis Hamilton following Saturday's Sprint Qualifying race in Brazil. The Mercedes team boss explained what was behind the outburst. 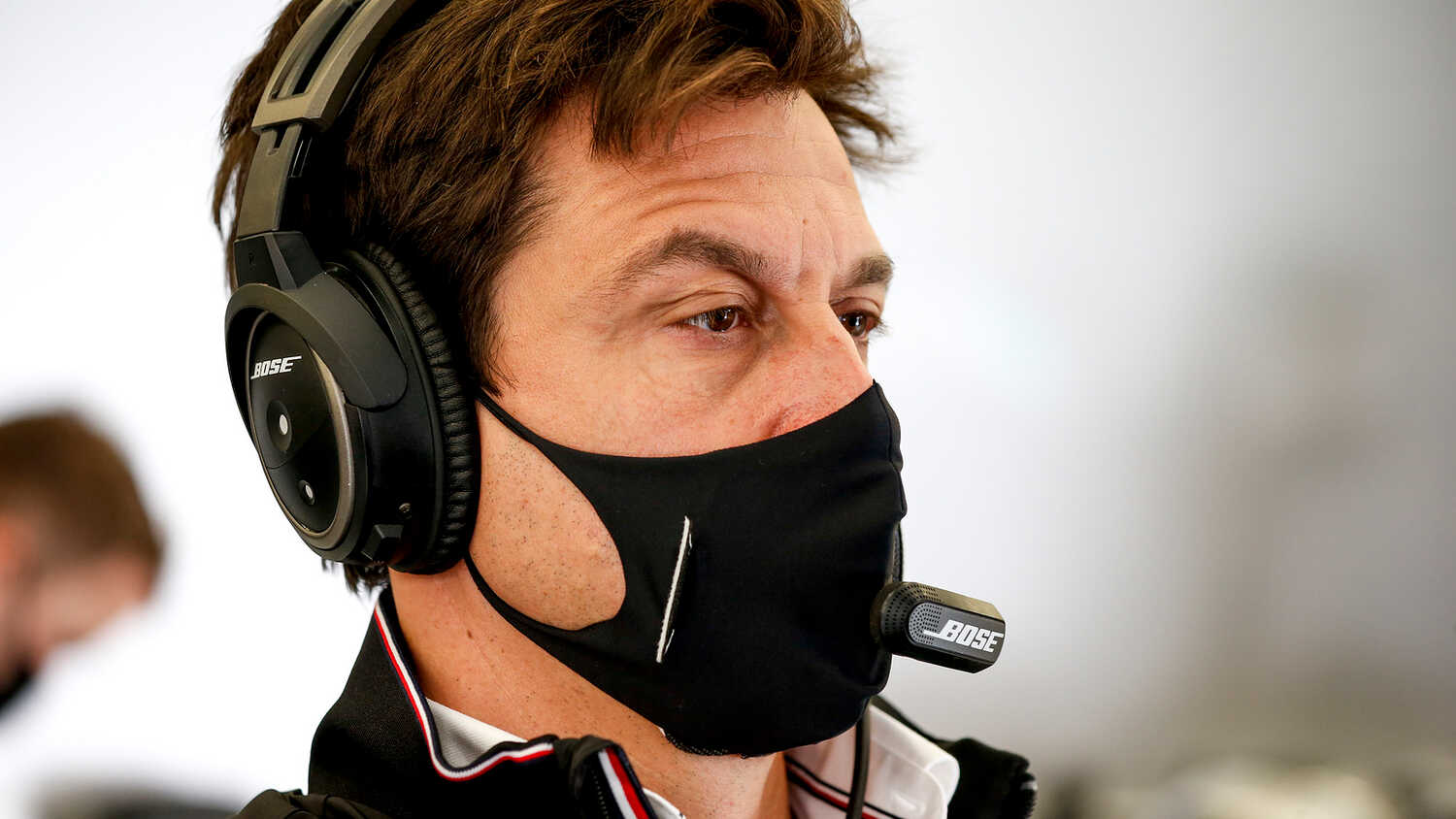 Mercedes Team Principal Toto Wolff explained that his "f**k them all" comment over the radio wasn't a criticism of the regulations that saw Lewis Hamilton start Saturday's Sprint race from the back of the grid.

Hamilton finished with the fastest time in qualifying at Interlagos on Friday, but he was later excluded from the results after the stewards deemed that his Drag Reduction System (DRS) breached regulations.

After looking into the matter, the stewards determined that Hamilton's car did in fact break Article 3.6.3 of the 2021 Formula 1 Technical Regulations, resulting in him being excluded from the qualifying results.

In the end, Hamilton was forced to start Saturday's Sprint race from the back of the grid, though he managed to charge his way through the field and finish fifth.

The fightback is all the more important given that Hamilton will serve a five-place engine penalty on Sunday, meaning he'll start the Sao Paulo Grand Prix in 10th.

"You need to build up resilience"

Wolff was pleased with Hamilton's recovery after the race, crediting the seven-time World Champion for limiting the damage over the team radio.

He was also heard saying "f**k them all", with Hamilton responding that "this isn't over yet".

Wolff explained that the comment wasn't directed at the regulations, and served to motivate the team after what was a challenging 24 hours.

"I obviously didn't mean it towards any of the regulations," Wolff told RacingNews365.com and accredited members of the media.

"It's generally a mindset we have, that sometimes, when there is hardship, you need to build up resilience.

"That was the meaning behind saying 'f**k them all'."

Mercedes wanted to fix the issue

Wolff then went on to explain why he was upset with the stewards' ruling, stating that in the past, teams have been given the opportunity to fix similar issues to the one Mercedes encountered with their rear wing.

"The point is that yesterday the car was being tested, and today, two hours before the race, we got the information that everybody's qualified," said Wolff.

"In a way, that is sad because there are procedures in Formula 1, there's a certain modus operandi, and a protocol you have to follow.

"We had a car that wasn't in breach of the regulations of the 85mm slot gap. We failed the successive test by the tiniest of margins, and in the past, that would have meant [we could] fix it.

"We've seen it with the Red Bull rear wing last weekend... We have had many bargeboards things that were being put back because the FIA has our drawings.

"They had the wing, we wanted to leave the wing with them so they can cut it in 1,000 pieces. We weren't allowed to look at the wing, because it was simply damaged through the qualifying session."

"The stewards did their job"

Although Wolff wasn't happy with the final ruling, he believes the stewards did their job, and as a result, their ruling must be respected.

Wolff said: "None of these arguments counted and, to be fair, the stewards did their job.

"We failed that one test, and their argument needs to be respected. This is also why we decided not to appeal the decision, simply because of the philosophical reasons.

"If the stewards decide, you have to take it on the chin, and it goes both ways."