Wolff confirms Hamilton interested in staying for 2022 and beyond

Mercedes boss Toto Wolff has confirmed that Lewis Hamilton has signalled his interest at staying with the team for 2022, saying it's already under discussion. 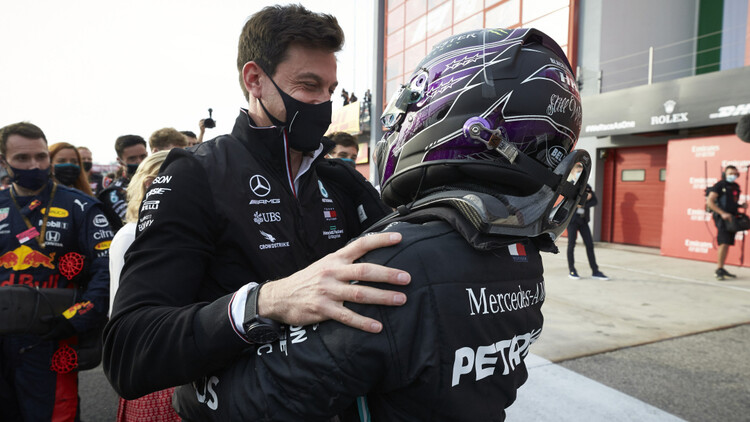 Toto Wolff has confirmed that discussions between Mercedes and Lewis Hamilton regarding a contract for 2022 and beyond have already begun.

Having dragged his heels over a contract for '21, there were rumours that Hamilton might retire at the end of this season to coincide with the current regulations ending and a new regulation cycle beginning. These changes could mean a huge shake-up in the pecking order, offering a natural end to a driver's career if they felt like it.

With Hamilton testing the 18 inch Pirellis last week at Imola, the reigning Champion said on Thursday that he plans on staying in F1 for 2022 but stopped short of committing to any future plans.

Wolff explained that initial discussions have begun, and that there's no reason why Hamilton won't commit to staying with Mercedes.

"There is no reason why not," Wolff told Sky Sports F1.

"It's the best place to be and he's been with us for a long time.

"I think, as long as we can provide the outlook for a competitive package, I see no reason why we shouldn't be together and continue the marriage.

"So yeah, came out in public what we have already discussed in private, and I'm happy about it."