Winners and losers from the F1 Bahrain Grand Prix

The first Grand Prix of 2021 is done and dusted, with some drivers faring considerably better than others. Who were the big winners and losers from Sunday's race? 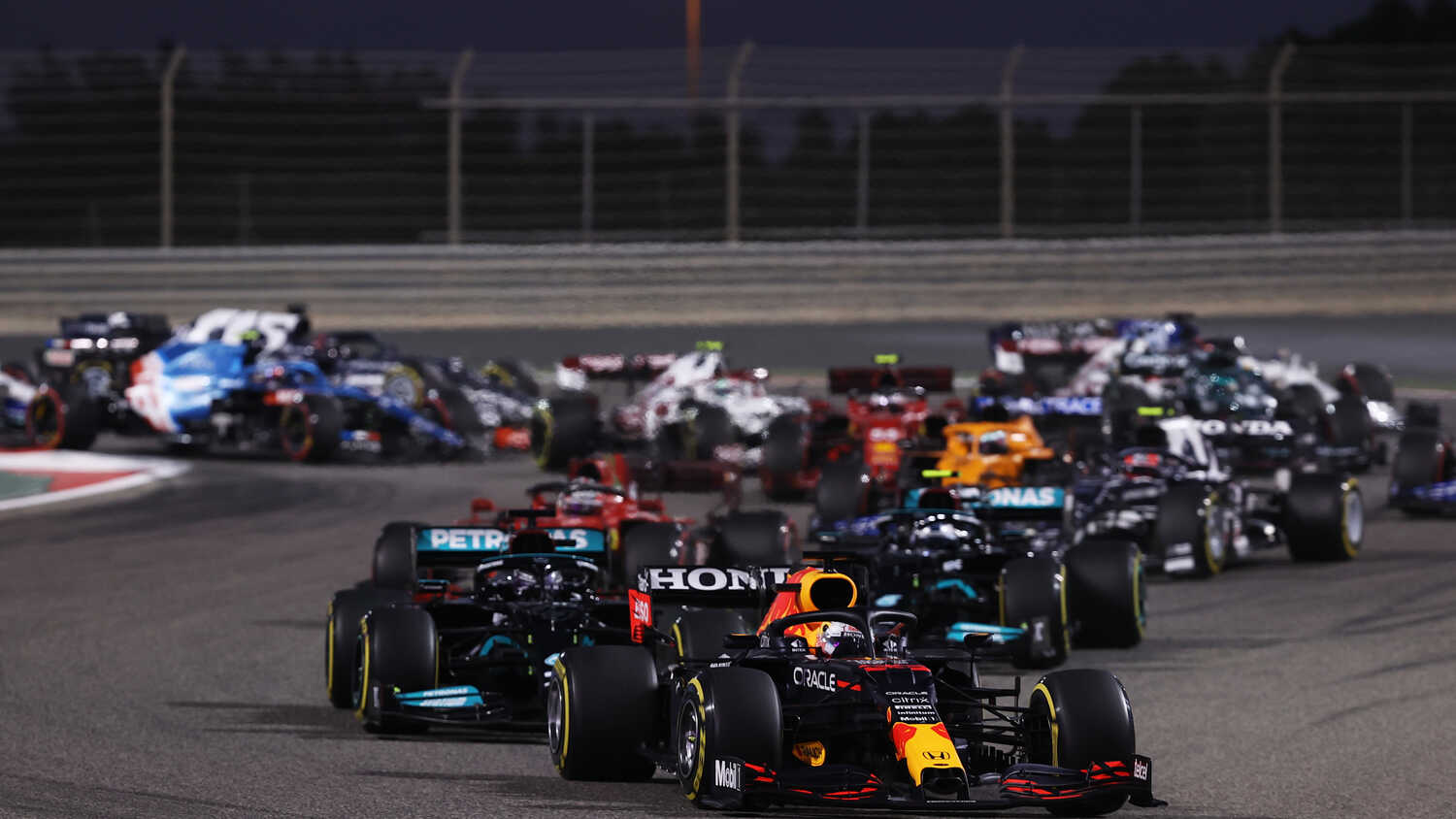 The Bahrain Grand Prix was an absolute barnstormer to start the season, with the race between Lewis Hamilton and Max Verstappen going right to the wire.

Some of the drivers were left thrilled by their results, while others despaired after a bad showing. So who were the winners and losers from the Bahrain Grand Prix?

It's been awhile since Lewis Hamilton has been put under serious pressure for a race victory in the manner he was in Bahrain. Outqualified by Max Verstappen on Saturday, the Red Bull appeared to have a slight edge over a lap over the Mercedes.

But Hamilton's Friday long-run pace suggested it would be a close battle, and it certainly proved to be. Mercedes never allowed Red Bull to relax, forcing the undercut at the end of the first stint. The Brit's immediate pace on his outlap forced Red Bull into a corner. Either pit, and lose track position. Or keep going, and lose bundles of time while extending the stint.

Mercedes played a stormer by pitting Hamilton again on Lap 28, covering off any possible threat of an undercut from Verstappen as the Red Bull gained. Lewis' pace, again, proved critical as he kept inside Verstappen's pit window and forced Red Bull to chase the race instead.

It was an imperious win, taken at a point where Red Bull really needed to take the opportunity laid out for them as they appear to have slightly more raw pace.

He may not have won from pole position, but his race was almost equal to Hamilton's. Cannily controlling the Safety Car restart showed his experience, and his immediate obediance of the instruction to yield to Hamilton after his contentious pass showed a calmer, mature Max compared to past years.

It was also quite sporting of Verstappen to yield the position at a point where he couldn't immediately use the DRS to re-pass Hamilton, explaining afterwards that it 'wouldn't have been fair'.

The Dutchman was only beaten thanks to a bold and aggressive strategy call from Mercedes, with Max responding to the changing circumstances perfectly. His contentious pass was a legitimate attempt, with no reason to think that he was being impatient, and he was unfortunate that he couldn't quite pull it off. A season of fighting like this, and we're in for a treat.

A tremendous early battle with Ferrari's Charles Leclerc was eventually resolved in Norris' favour, with the British driver coming home 13 seconds clear of his rival. With Sergio Perez rapidly closing on him towards the end of the race, Norris kept his head and finished in fourth position six seconds ahead of the Red Bull.

In even better news, Norris had the clear edge on pace over Ricciardo right from the off as he cleared his teammate. The Australian had to settle for seventh place, 20 seconds behind Norris, and said afterwards he 'wasn't that impressed' by his own race. First blood to Lando.

Ferrari have made huge strides over the winter, with Bahrain underlining that the SF21 is a very different beast to last year's contrary SF1000.

Charles Leclerc, qualifying in fourth, made it into third at the start of the race, but did start to slip back as the race unfolded. Eventually finishing sixth and eighth with Carlos Sainz putting in a solid, if unspectacular, debut race with the Scuderia, it appears Ferrari will be able to join in the fight for third in the constructors' championship.

Better yet, it looks like they're set to battle historic rivals McLaren for the position, as both teams continue their upward momentum.

His race may have ended in retirement with an ailing Alpine due to his brake ducts getting filled with carbon fibre, but the old Fernando was very much evident in Bahrain.

His racecraft remains as impressive as ever, and his battle with Sebastian Vettel and Sainz was thrilling to watch.Any fears that he may have slowed down over the past two years have been well and truly allayed. Bring on the rest of the season.

Considering he was sitting at the side of the track with a dead car on the formation lap, Perez had a stellar race. Managing to coax his Red Bull alive after it switched off through Turn 12, the Mexican was forced to start from the pits.

From there, he showed great race pace to climb his way through the order and finish in fifth. With a handful more laps, he likely would have been fourth.

It was a strong debut, despite all the issues, with Perez appearing more than capable of exploiting the Red Bull's pace over a race distance. He has admitted single lap pace is a weakness, but don't count against him figuring that out fast. 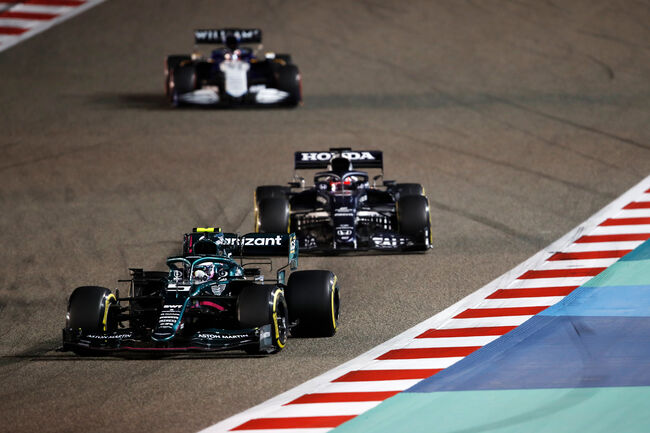 Oh dear, Sebastian. The fresh start the four time champion desired hasn't materialised, with Vettel's Bahrain weekend frighteningly similar to what we saw in 2020 with Ferrari.

Vettel picked up five penalty points on Sunday, although three of these were harsh. Failing to slow sufficiently for double waved yellows, the stewards admitted that Vettel had not actually been shown the yellow flags but, essentially, 'should have known better'.

While those three penalty points were questionable, the other two certainly weren't. Employing a one-stop strategy, Vettel was outside the points when he clattered into the back of Esteban Ocon under braking for Turn 1. It was a silly error, with Vettel admitting later 'it probably was my mistake', after damaging his car at a point where Ocon had already completed his pass.

In brighter news, Vettel's opening lap was very strong as he moved up to 14th from last on the grid, and he had some very good wheel to wheel battles in the first half of the race.

Turning over a fresh page for 2021, the Finn produced a race strikingly similar to what we're accustomed to seeing from him.

Starting from third, he lost out to Leclerc on the opening lap before recovering the position. While he showed flashes of great pace, particularly in the mid-section of the race, Bottas never looked truly capable of joining in the lead fight. Any possibility of utilising a different strategy to do so went out the window when, two laps after being told he was going long, Mercedes brought him in and he had to suffer through a 10 second pitstop as the front right wheel proved stubborn.

Without his pitstop issue, or extra pitstop, Bottas would have finished within ten seconds of the lead but it really just appeared to be another 'one of those days' for him.

Considering the pace they showed in practice, the AlphaTauri drivers seemed to squander an opportunity this weekend.

Pierre Gasly started well, but collided with the back of Lando Norris negotiating Turn 5 after the Safety Car. Losing his front wing and damaging his floor, his race was academic from there. Later in the race, Gasly showed great pace was there in the AT02 but he ultimately had to retire with a gearbox issue.

Yuki Tsunoda, having finally shown some fallibility by qualifying badly on Saturday, had a slow start to the race. Admitting to being cautious at the start, he spent the rest of his race slowly picking his way back up the order.

Including an 'emotional' overtake on his hero Alonso, Tsunoda did well to finish in ninth position and claim his first points. Signs of promise from AlphaTauri, but should have done better.

The controversy over track limits proved decisive in deciding the victory on Sunday. While there were never any question marks over Verstappen's illegal overtake on Hamilton, the ambiguity surrounding the track limits at Turn 4 resulted in a mess.

With track limits not being policed at Turn 4 'for laptime purposes', Michael Masi changed his mind on this halfway through the race when Red Bull requested whether they could copy Lewis Hamilton's wide line through the corner.

As a result, Hamilton was told to stop running so wide. But the argument is sure to rage on, with the Sporting Regulations deeming running wide intentionally wasn't permissible; something Hamilton seemed to be doing in the first half of the race.The nature of 'gaining a lasting advantage' is also questionable, as gaining laptime is also, by its very nature, gaining a lasting advantage over a race distance.

With the rules so unclear, the FIA simply must impose clearer guidelines for track limits in future. A simple 'three strikes and you're out' rule would have ensured no messing about, and no vagueness about what's permissible and what isn't.