Will rain have an effect on Red Bull and Mercedes' strategies in Austria?

With Red Bull and Mercedes set to go head to head on what should be similar strategies, rain could still be a hugely disruptive factor in Sunday's race. 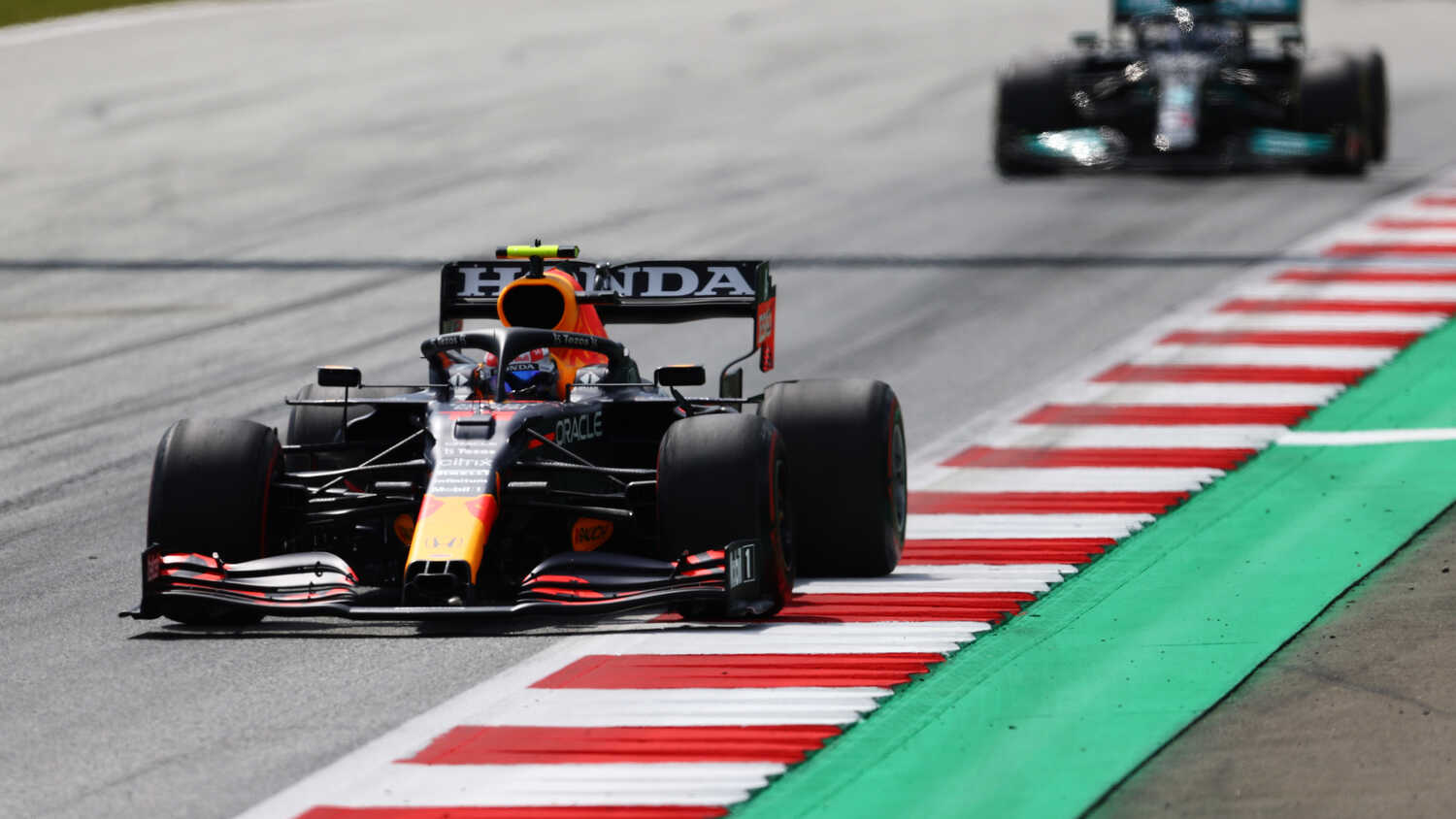 Unlike last weekend's race at the Red Bull Ring, the two top teams have qualified on the same compound. There's no split strategies this week, with Red Bull's Max Verstappen and Sergio Perez starting on the medium tyre compound, as well as the two Mercedes drivers Lewis Hamilton and Valtteri Bottas.

Front row starter Lando Norris is also starting on mediums for McLaren, meaning that it's an extra headache for Mercedes to deal with to figure out how to get ahead of the 'interloper'.

With Pirelli bringing along the softest tyres in their range for this weekend, the C3, C4 and C5, the expectation has changed from Saturday. Initially expecting teams to aim for a one stop strategy, the predicted tyre life now suggests a two stop strategy is the optimal strategy for the teams to aim for.

A one stop is only marginally slower, though, meaning both options are open for the battle between the Red Bulls and Mercedes.

However, a lot of this will come down to track temperature. Last weekend's race saw higher than expected tyre wear. Similar circumstances this week would almost certainly trigger more two stop strategies.

However, rain continues to be a factor. If showers do hit the track to any great extent during the race, the dry tyre requirements are torn up. If a team fits their car with an intermediate or wet tyre at any point during the race, the rule dictacting that two different dry tyre compounds must be used is scrapped. This could mean that a soft tyre starter could use the softs again after the rain, or a medium tyre starter could use the medium.

It's a fascinating extra concern for the teams as it looks set to be an intense strategy battle once again at the Red Bull Ring.

"The new and softer selection of compounds for this race has already had an effect on the strategy for this weekend, with several drivers aiming to get through Q2 on the medium tyre and six of the top 10 starting on it tomorrow," said Pirelli's Mario Isola.

"This adds a bit of flexibility to the strategy, but it wasn't easy to guarantee in qualifying, as the soft tyre still conferred a speed advantage that was hard to beat. Temperatures were extremely warm today but this is far from certain for the grand prix tomorrow, adding another interesting variable to what is already a strategically complex race after qualifying, with both one and two stops expected." 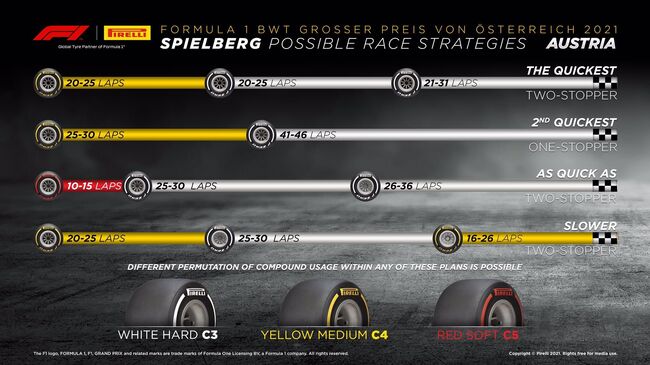 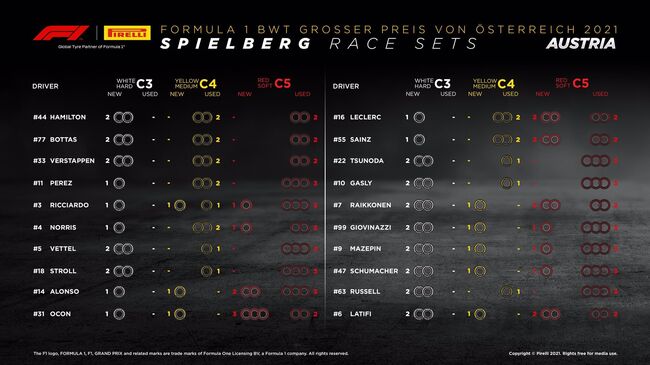