Why was Verstappen given a time penalty for Hamilton clash?

The stewards awarded Max Verstappen a time penalty after he was found predominantly at fault for causing a collision between himself and Lewis Hamilton in Saudi Arabia. 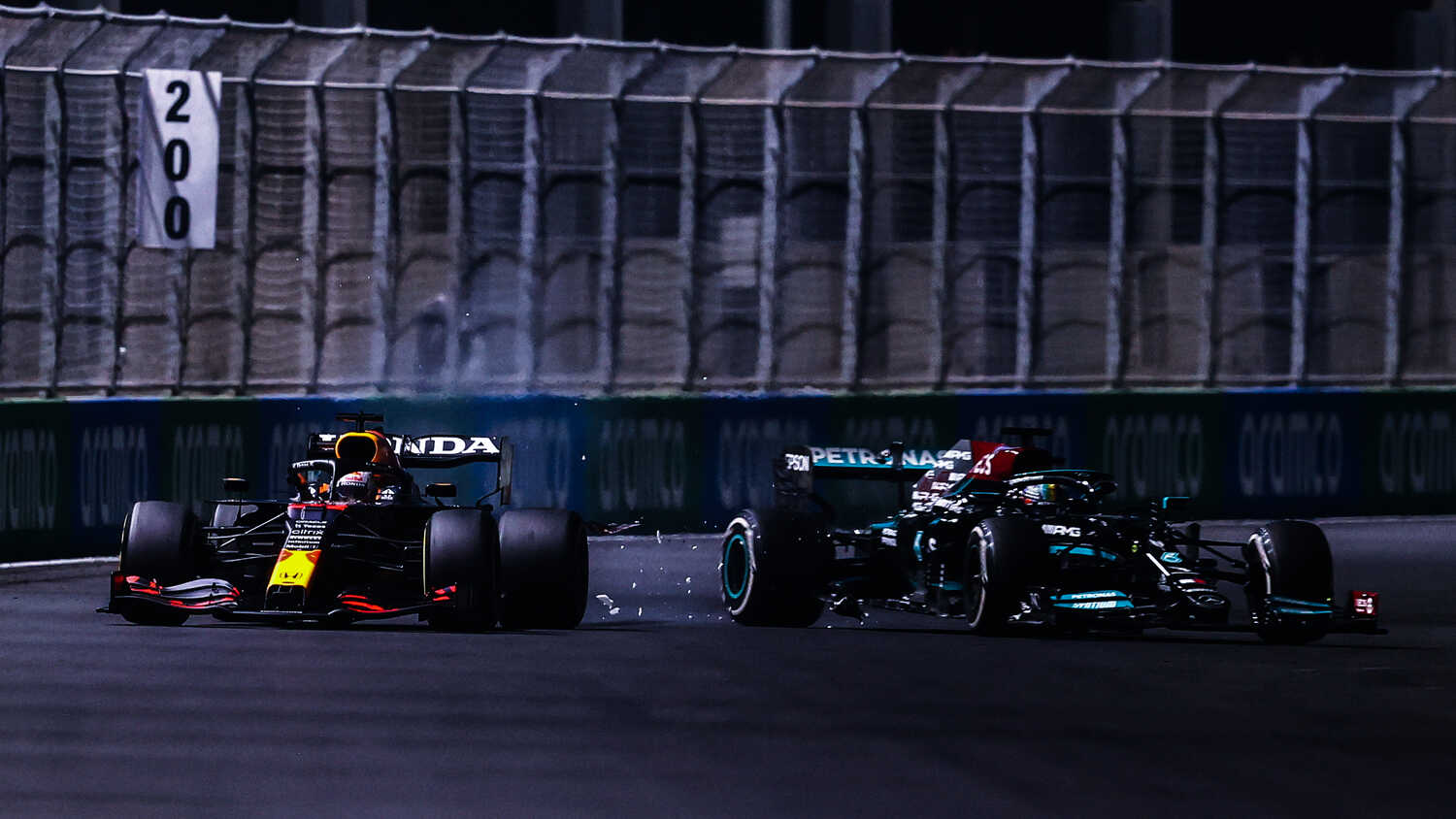 Following deliberations at the Jeddah Corniche Circuit, Max Verstappen was given a 10-second time penalty for being predominantly to blame for the incident that saw Lewis Hamilton run into the back of the Red Bull driver.

Verstappen had held onto the lead of the race by running over the escape area at Turn 1 after an attack from Hamilton on Lap 36/50, but was told to cede position to his rival as a result.

Verstappen appeared to attempt to do this down the back straight on the approach to Turn 27, but Hamilton was seemingly confused by the situation and ended up tagging the back of the Red Bull as Verstappen slowed further.

The clash resulted in front wing damage to Hamilton's car, as well as rear and tyre damage to Verstappen's car, and both were summoned to see the stewards after the race to examine the contentious incident.

Verstappen was hit with a time penalty, which doesn't alter his finishing position of second place, as well as being given two penalty points, which takes him to seven for the current 12-month period.

The stewards heard from both drivers, as well as team representatives, and looked at video and telemetry evidence of the collision.

Verstappen was found "predominantly", although not entirely, at fault for the clash.

"At Turn 21, [Verstappen] was given the instruction to give back a position to [Hamilton] and was told by the team to do so 'strategically'," read the stewards' report.

"[Verstappen] slowed significantly at Turn 26. However, it was obvious that neither driver wanted to take the lead prior to DRS detection line 3.

Why not entirely to blame?

The stewards went on to explain that Hamilton did have the option to overtake Verstappen when the Red Bull initially slowed, but they understood his desire not to do so.

"Whilst accepting that [Hamilton] could have overtaken [Verstappen] when that car first slowed, we understand why he (and [Verstappen]) did not wish to be the first to cross the DRS.

"However, the sudden braking by [Verstappen] was determined by the stewards to be erratic and hence the predominant cause of the collision and hence the standard penalty of 10 seconds for this type of incident, is imposed."

The key point, emphasised by the stewards, was that Verstappen's telemetry revealed a point of hard braking, as opposed to linear decleration.