The stewards in Brazil have explained why Max Verstappen was not punished heavily for touching Lewis Hamilton's car in parc ferme after Friday qualifying. 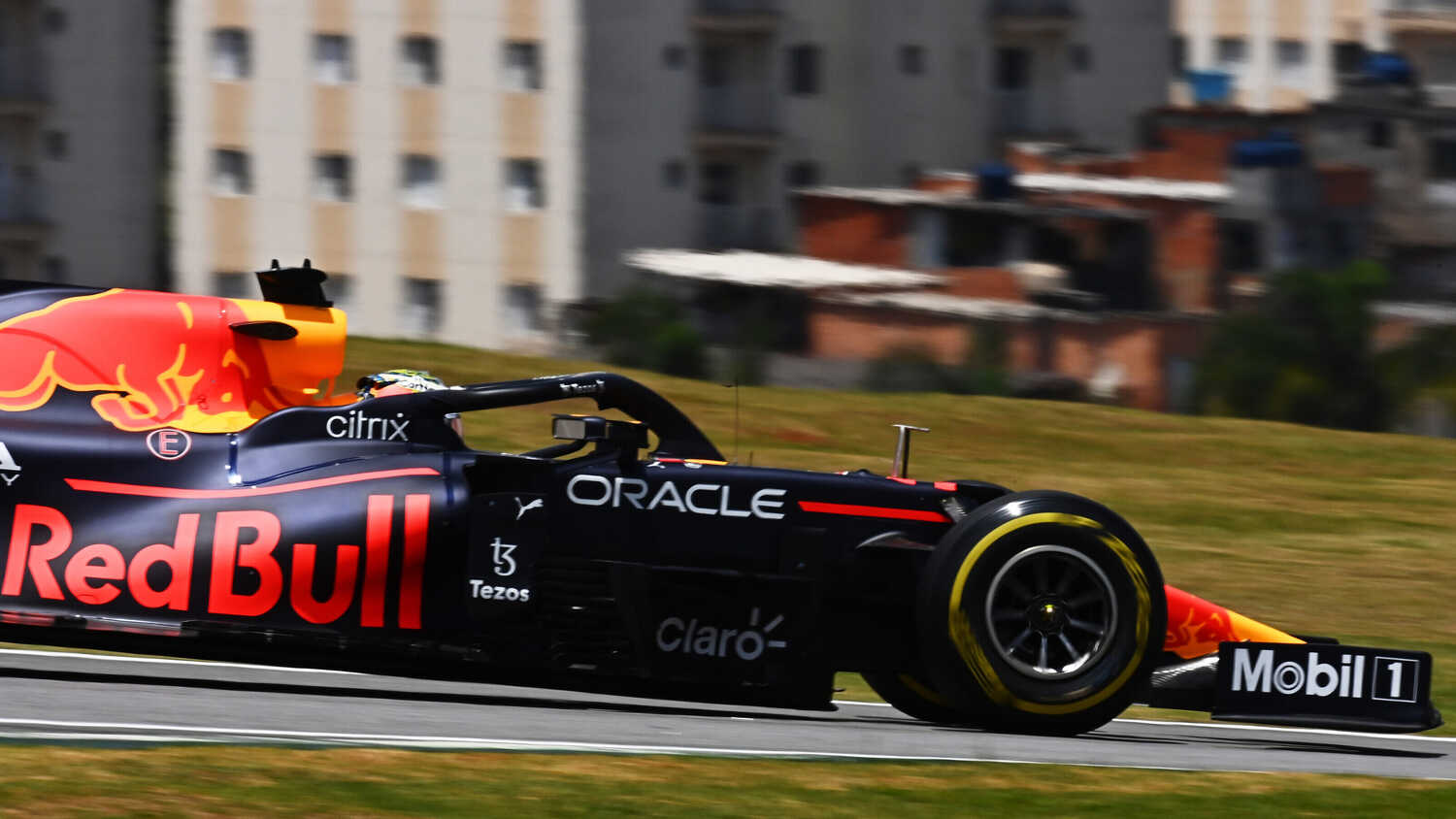 Red Bull driver Max Verstappen has escaped serious penalty for a breach of the FIA International Sporting Code relating to parc ferme conditions in Brazil, after the Dutchman was seen touching the rear wing of Lewis Hamilton's Mercedes post-qualifying.

Verstappen has been fined €50,000 for the breach, but has escaped any sporting penalty.

The stewards at Interlagos have explained why they made the decision not to hit Verstappen with a more severe sanction.

"In all, these videos gave a clear picture of what occurred in parc ferme following the qualifying session.

"Verstappen exits the car, then moves to the rear of his car. He then takes his gloves off and puts his right hand at the slot gap of the rear wing of his car.

"He then moves to car 44 and repeats the exercise, touching the rear wing in two places, once on either side of the DRS actuation device, but on the bottom rear side of the wing, in the area of the slot gap and never near the actuator or the end fixation points."

According to Red Bull's Helmut Marko, Mercedes had alleged that Verstappen damaged the rear wing of Hamilton's car during the stewards' investigation into their separate breach of the Technical Regulations, but the stewards said there was simply no evidence of this.

"It is clear to the stewards that it has become a habit of the drivers to touch cars after qualifying and the races. This was also the explanation of Verstappen, that it was simply habit to touch this area of the car, which has been a point of speculation in recent races between both teams.

"This general tendency has been seen as mostly harmless and so has not been uniformly policed. Nevertheless, it is a breach of the parc ferme regulation and has significant potential to cause harm."

The verdict over the investigation into Hamilton's Drag Reduction System (DRS) issue is yet to be communicated by the stewards.