Having been the standard setters in the first half of the season, the Technical Directive aimed at slowing pit-stops seems to have hit Red Bull the hardest. 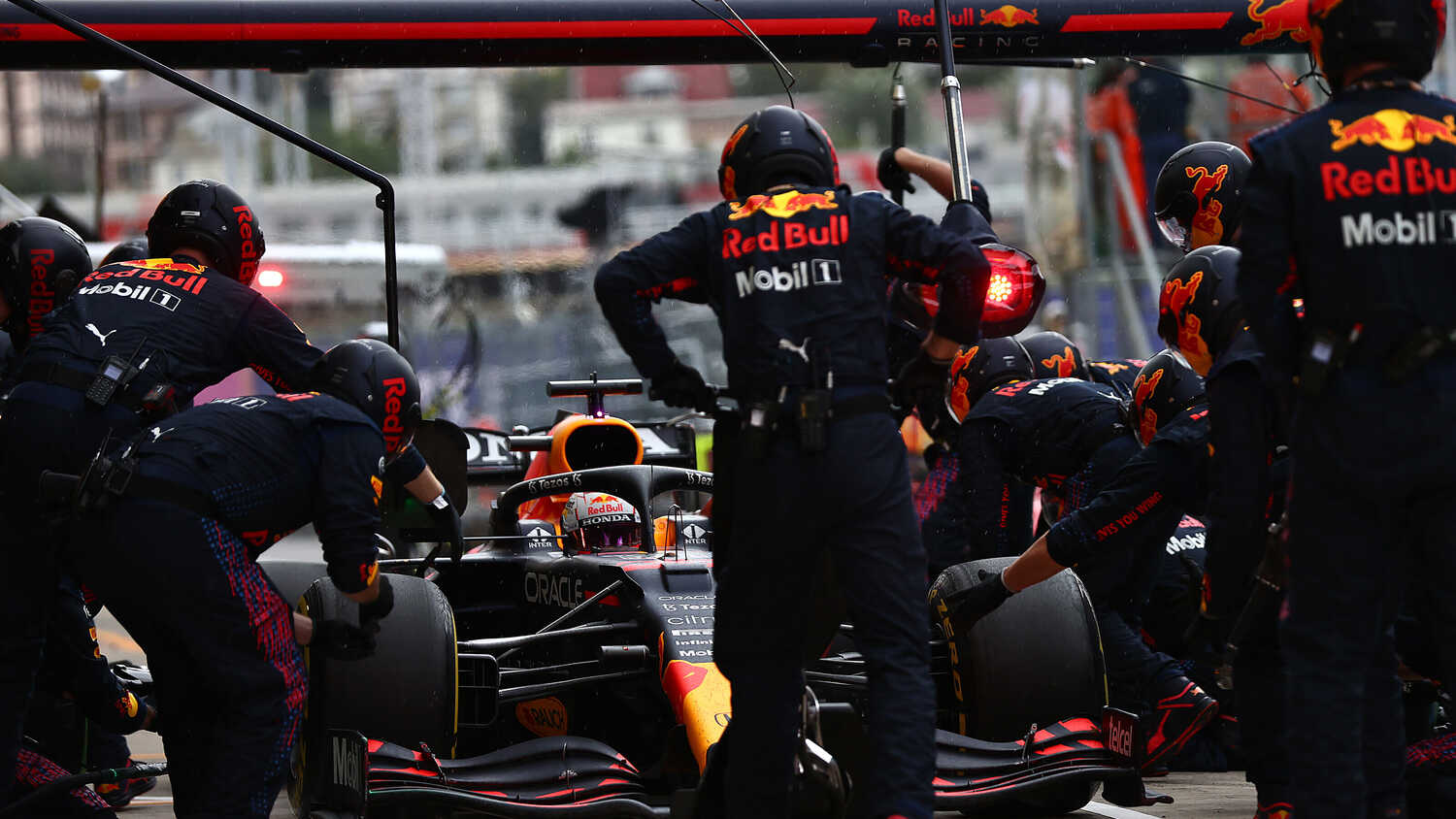 Red Bull have slipped from their perch at the top of the tree when it comes to Formula 1 pit-stops, with the newly-introduced Technical Directive aimed at slowing stops clearly having a big effect on the Milton Keynes-based team.

However, this is down to average pit-stop times, with both Max Verstappen and Sergio Perez having slow stops in recent races.

In the first half of the year, Red Bull's average pit stop time was 2.58 seconds. Since the summer break, that has ballooned out to 4.56 seconds, according to calculations by The Race, due to slow stops at Monza (Verstappen) and Sochi (Perez).

Despite the averages increasing, Red Bull are still capable of lightning-fast pit-stops. The team logged the second-fastest stops in both races, in those which went according to plan.

The changes have come about as a result of a Technical Directive from the FIA, aimed at slowing down pit-stops in the name of safety.

Red Bull were consistently quickest in the first half of the season, logging stops of under two seconds in duration without any errors. However, mistakes have crept in since the team were forced by the directive to slow their stops.

On average, Alpine, AlphaTauri and Ferrari are a little faster since the summer break, with the other seven teams all losing time. The biggest losers being Red Bull, with an average loss of 1.98 seconds, followed by Haas with an average of 0.9 seconds lost.

Red Bull team boss Christian Horner has admitted to being annoyed by the timing of the change.

"Especially because they were introduced in the middle of the season," he explained to media, including RacingNews365.com.

"Even though we see mistakes now, I don't think the FIA ​​will restore the old rules. However, it is never nice to have new rules in the middle of the season.

"It's what it is. Everyone is in the same boat, so we just have to live with it."