Why Mercedes will have the edge over Red Bull in Baku

The battle between Mercedes and Red Bull is set to intensify at this weekend's Azerbaijan GP with Red Bull topping both the Drivers' and Constructors' Championships for the first time in the turbo-hybrid era. RacingNews365.com takes a look at the strengths and weaknesses of both teams for Baku 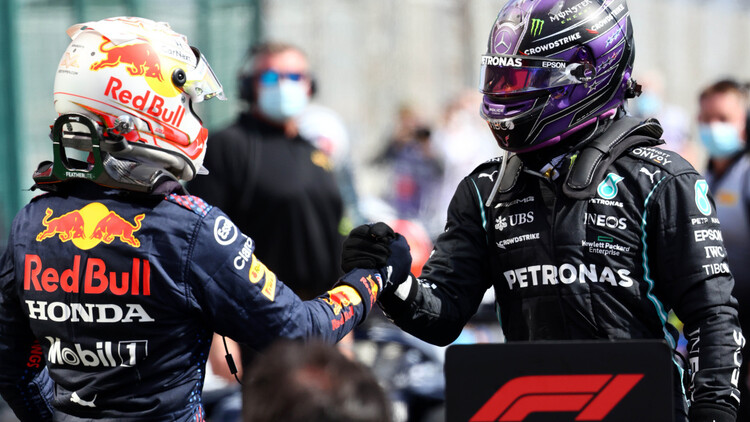 Baku has produced some chaotic moments since it first appeared on the calendar in 2016 and with the championship finely poised between Max Verstappen and Lewis Hamilton, it's the perfect setting for another swing in the race for the title.

At 6.003km, Baku is the longest street circuit on the calendar and it's long main straight is a headache for the teams and drivers.

There has been very little to separate Mercedes and Red Bull this year and it's set to be a similar story this weekend despite Red Bull having the momentum from Monaco.

Going from previous races at Baku, you would expect Mercedes to have the upper hand. The 2.2km of full throttle from the exit of Turn 16 down to Turn 1 plays into the hands of Mercedes' strong power unit which is a particular benefit in the race.

Even if Verstappen or Sergio Perez are out in front, the long straights at Baku plus the benefit of a slipstream if you're within five seconds of the car ahead will definitely keep Mercedes in the game on Sunday.

As usual though, Mercedes team principal Toto Wolff has played down expectations.

"While it's a very different street circuit to Monaco, we expect it to be another tricky one for us, not particularly suiting the characteristics and traits of the W12," Wolff said in a press release. "Red Bull will be strong again, while both Ferrari and McLaren have made great progress recently.

"A key focus for us has to be exploiting the opportunities available to us on those outlier tracks which aren't suited to our car - when the points are there, we need to grab them.

"There will be swings back and forth in this fight which is exciting for the sport and exciting for us. We're expecting another challenge on the city streets and after the results of the last race, we're more determined and fired-up than ever to bounce back in Baku." 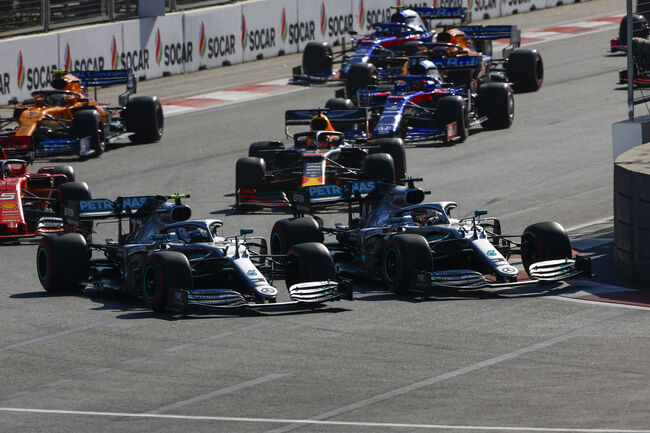 Can Red Bull make time up in the corners?

The shorter wheelbase of the Red Bull should help Verstappen and Perez around the 90 degree corners and the car's mechanical grip appears to be better than Mercedes too.

Getting the tyres into the optimal working window over one lap has been a strength of Red Bull too and with the softest tyre compounds being used at Baku (C3-C4-C5) it may help the Milton Keynes-based squad given Mercedes' struggles on the softer rubber.

However in race trim, Mercedes have had the advantage with tyre life. Monaco is likely to be a one-off in terms of Mercedes' poor tyre wear so the pitstop phase will be crucial once again as Valtteri Bottas or Hamilton could use an overcut to their advantage. 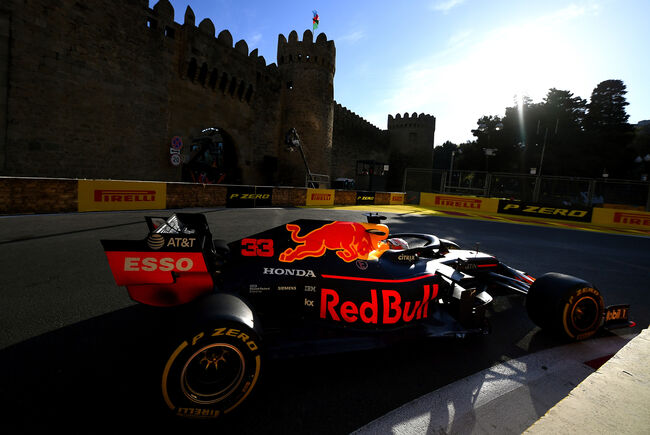 After five races, it looks like Mercedes are stronger in the warmer conditions. At Monaco, the track conditions cooled significantly from Thursday practice to qualifying which was a big factor as to why Hamilton struggled.

This weekend is set to see temperatures at around 26 degrees celcius which should help Mercedes. However with qualifying taking place at 16:00 local time, any delays or red flags will see a dramatic temperature decrease which could swing things back towards Red Bull when it matters most in Q3.

Expect track conditions to play a major role this weekend. 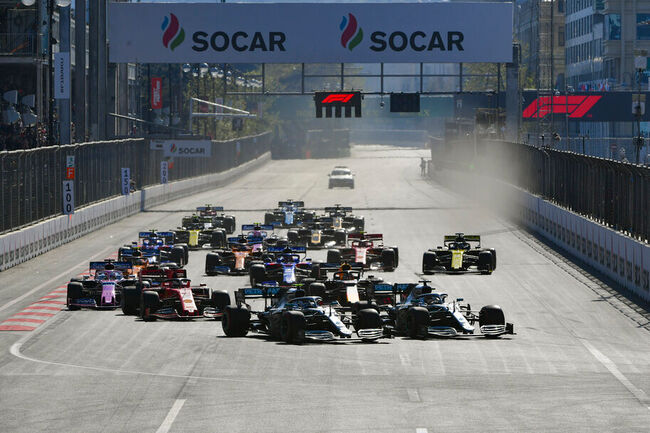 So who is quicker? Mercedes or Red Bull?

It's going to come down to fine margins. The driver who decides to risk things that little bit more or the driver who can position themselves nicely in qualifying to get a slipstream in Sector 3 will have the edge.

Mercedes' W12 and Red Bull's RB16B are so close that the drivers are going to make the final and crucial difference. Baku is a long lap so nailing a lap when it matters most in Q3 is difficult.

Verstappen has the momentum from Monaco but Hamilton often bounces back from setbacks very strongly. Mercedes could have an advantage in the race so Red Bull will be desperate for Sergio Perez to be right at the sharp end of the grid to help Verstappen as he will likely need it on Sunday.

Perez has had two podiums in Baku whereas Verstappen has never been in the top three.

Given that you can overtake in Azerbaijan as well as the likelihood of a safety car, Mercedes might be behind in qualifying but they should have the pace to turn things around on Sunday.

Whatever happens, it's set to be extremely close once again.