Why Mercedes never considered sending Bottas back out after tyre mishap

Valtteri Bottas Monaco GP ended in peculiar circumstances when Mercedes couldn't remove his front right tyre due to a wheel nut issue. Motorsport strategy director James Vowles explained why the team didn't send the Finn back out on track. 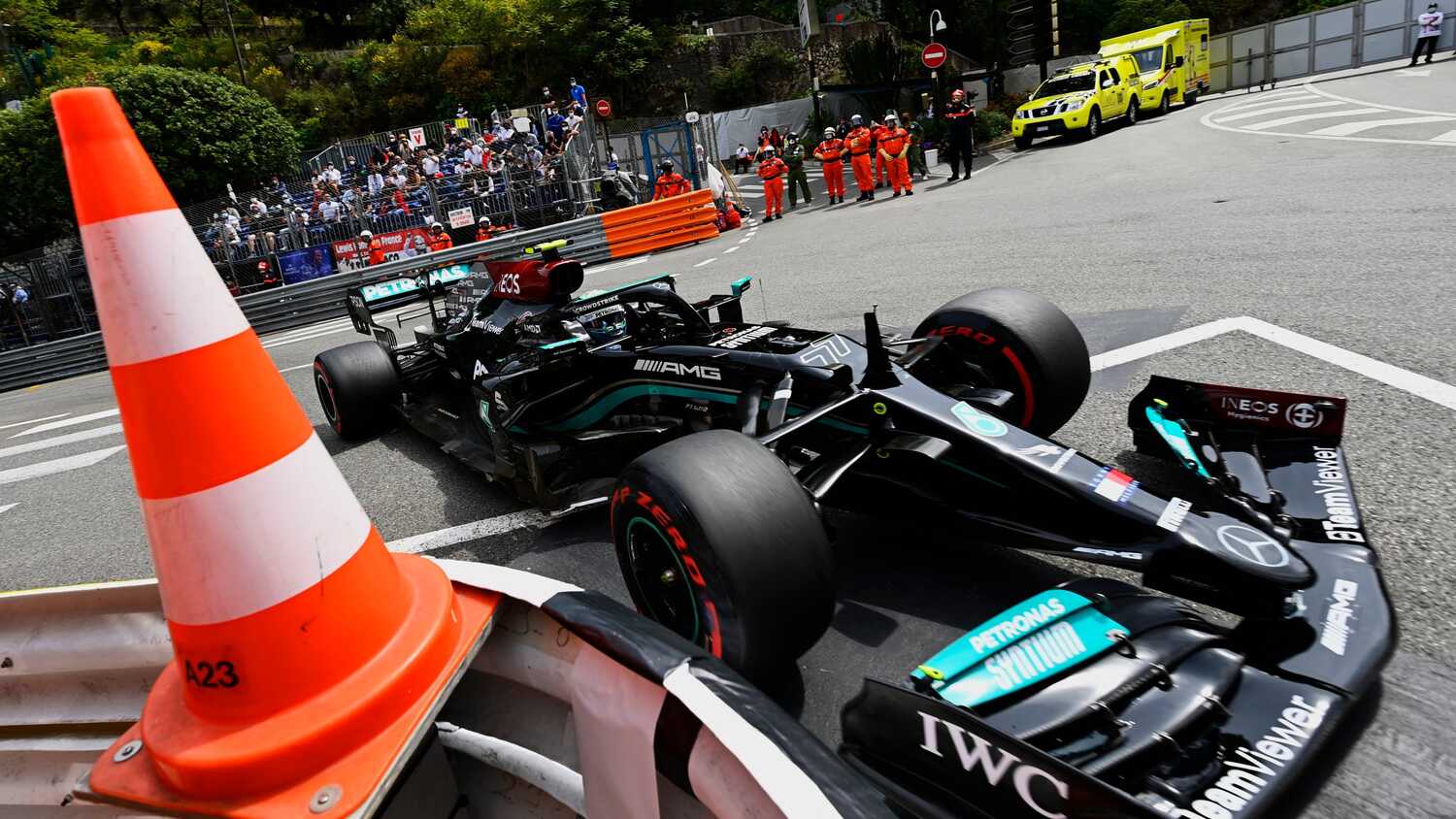 Valtteri Bottas' hopes of finishing on the podium at the F1 Monaco GP ended on Lap 29 when Mercedes were unable to remove his right front tyre, with James Vowles explaining why the team had no option but to retire the Finn.

The Finn didn't hide his disappointment after the incident, as he was running in second spot up to that point. Technical director James Allison even stated the team would likely have to bring the car back to the factory to remove it.

Speaking on Mercedes' F1 Race Debrief YouTube video, Vowles stated the team had no option but to retire Bottas' car given they would have been disqualified if they sent him back out on track.

"Sadly, we couldn’t have done that," Vowles explained. "We could have and put Valtteri out on track, but we would have been disqualified.

"You have to under the regulations run both sets, two different sets of dry specification tyres in the race and also all four corners must match in terms of what compound they are and we would have triggered a disqualification as a result of carrying on that way.

"It’s an obvious rule if you think about it. In Monaco for example if it was just an extra pit stop or 30 second penalty you may chose to never come in, but it’s there to expressly cover that circumstance."

As for the tyre in question, Vowles gave an update as to when he expected it to be removed.

"It’s now Monday afternoon whilst we are doing this filming and the car is on its way back in a truck," Vowles added. "We expect it here later on this evening. I am fairly confident that by some time on Tuesday we would have that front right wheel removed.

"We did certain steps in Monaco to try and remove it, some during the pit stop, also some just afterwards, ultimately there we concluded that to remove that nut we were going to need some fairly heavy equipment and specialist equipment and that would be better done here in the factory."