Why both Verstappen and Hamilton deserved the 2021 title

It's an unfortunate fact that, in Formula 1, there can only be one winner. In 2021, that winner is Max Verstappen, which means Lewis Hamilton is the one to miss out. Here's why both drivers would have been deserving World Champions. 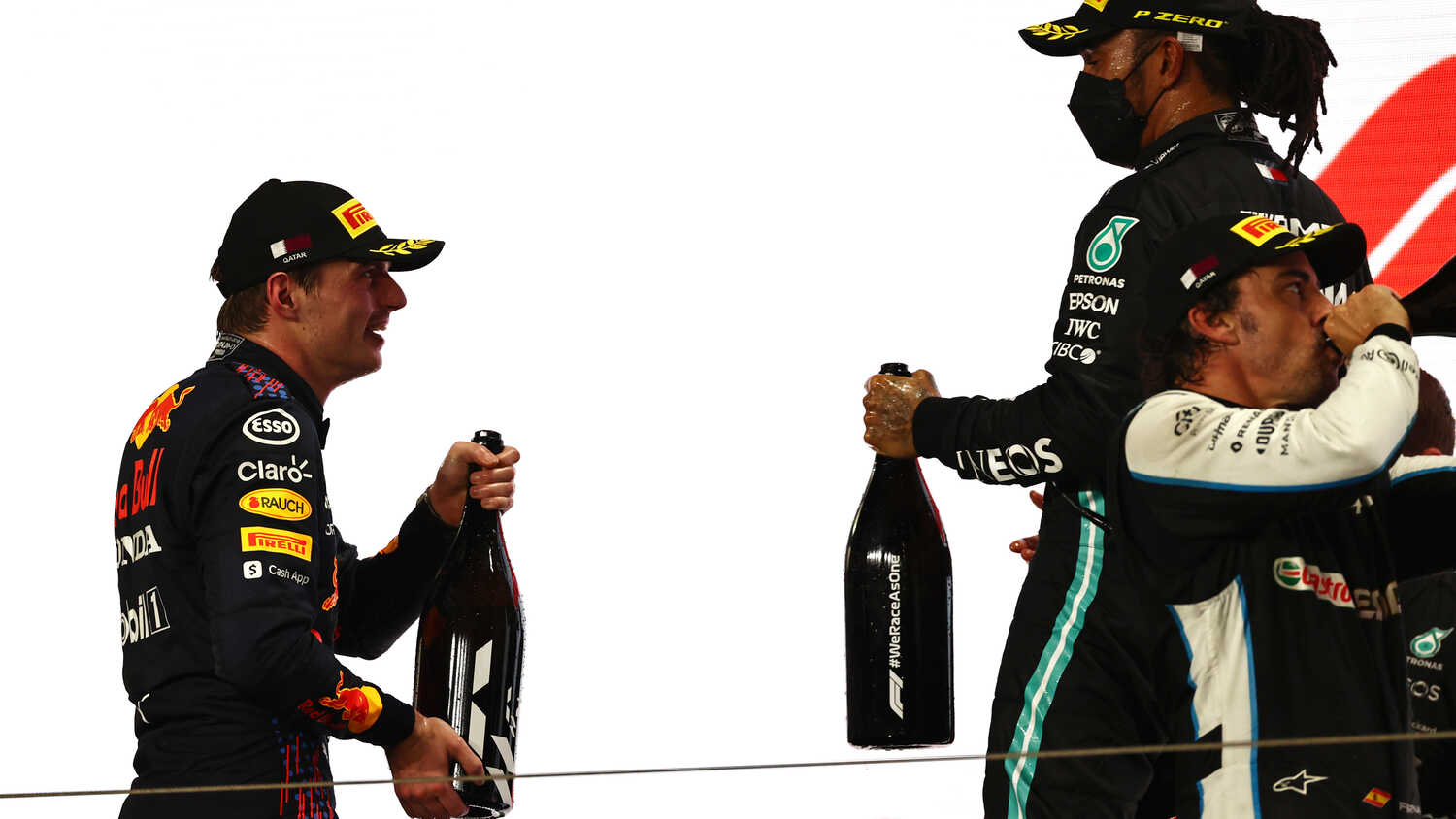 It was a remarkable scenario to end a stellar season full of drama and intrigue on and off the track, as Verstappen and Hamilton - and Red Bull and Mercedes - pushed each other to breaking point.

Ultimately, it was Verstappen who came out on top amid controversial circumstances that appeared to capture the events of the year in one lap.

As the dust settles, RacingNews365.com's Mike Seymour and Thomas Maher argue why both drivers were worthy winners of the 2021 title fight.

Mike Seymour: The argument for Verstappen

As soon as Verstappen arrived in Formula 1 in 2015 - after just a year in single-seaters - it was clear that the sport had a future star on its hands.

It took little more than a season at Toro Rosso before Red Bull made the call to put their precocious talent on the main stage, promoting him in place of Daniil Kvyat and watching on in awe as the 18-year-old soaked up the pressure to claim victory in his first race with the team.

Racking up further podiums as the year progressed and growing in experience with each passing Grand Prix, it soon became a question of when Red Bull would provide title-contending machinery - the squad having faced a huge deficit to Mercedes at the beginning of the sport's turbo-hybrid era.

After huge progress from engine partner Honda, and a change in the regulations that favoured high-rake cars (an approach Red Bull has taken to the extreme), Verstappen and Red Bull emerged as genuine title contenders in 2021, with Mercedes at long last given a sustained test.

Knowing he had a strong package underneath him, Verstappen came out fighting and took the season by the scruff of its neck. Qualifying session after qualifying session, race after race, he pushed the RB16B to the limit - and seemingly beyond - in his quest to get the better of Hamilton.

Verstappen didn't always get it right. He is, after all, still only 24 - a whole 12 years younger than seven-time champion Hamilton. His uncompromising approach - which led to close calls at Sakhir, Imola and Barcelona early in the season - came under heavy fire at Monza when his Red Bull landed on top of Hamilton's Mercedes, a move that earned him a grid penalty.

But he refused to back down and make life easy for his title rival. Supported every step of the way by Red Bull chiefs, Verstappen maintained his aggression and vowed to push on. While you could argue that he continued to overstep the mark on occasion (think Interlagos and Jeddah), there were as many questions about the application of the rules around wheel-to-wheel combat - a subject that needs to be addressed ahead of the 2022 season.

Those controversial moments aside, Verstappen was a breath of fresh air in 2021. He boasted incredible raw pace (his qualifying lap in Saudi Arabia looking set to be one of the best in history before his mistake), backed up by extreme mental strength, which was displayed most impressively on home soil in the Netherlands when he blocked out the noise from the rapturous crowd to take pole position and the victory, despite weekend-long pressure from Hamilton.

There were further hard-fought victories at Paul Ricard and the Circuit of the Americas and dominant showings at the Red Bull Ring (back-to-back) and Mexico City, demonstrating his ability to win in a variety of ways.

He also suffered his fair share of misfortune, losing a near-certain 25 points after a tyre blowout in Baku, having controlled proceedings, at least another 18 after the first contentious clash with Hamilton at Silverstone (for which the Briton was penalised) and what would likely have been a podium (and 15 points) at the Hungaroring, when Valtteri Bottas triggered carnage at Turn 1.

Despite all the drama surrounding the conclusion to Sunday's race, there should be no denying Verstappen's place as the 34th World Champion in F1 history. In the words of Toto Wolff, he deserves it. 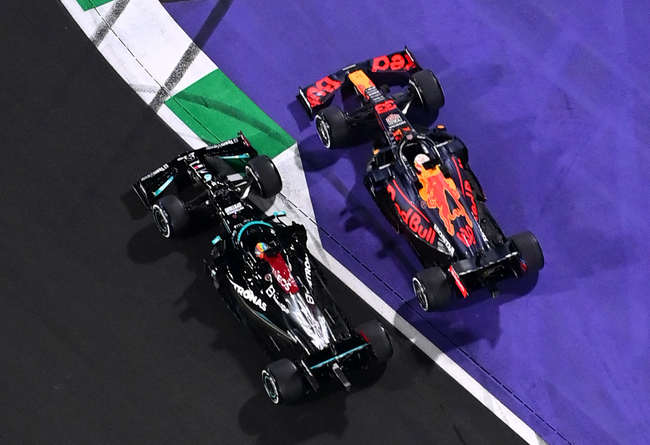 Thomas Maher: The argument for Hamilton

Until Lap 53 of the Abu Dhabi Grand Prix, Hamilton was about to make it four victories in a row and wrap up the 2021 F1 World Drivers' Championship in admirable fashion.

Having qualified on the Medium compound, his might and steeliness under pressure was firmly evident as he made a much better start than Verstappen. Aside from the controversial moment at Turn 6 on the opening lap, it was a controlled, measured drive that Verstappen simply had no answer for.

Having escaped any major mechanical issues or tyre failures, unlike what happened to Verstappen over the course of 2021, Hamilton arguably enjoyed the greater run of luck. Only to have all the bad luck to balance it out arrive in one huge bundle right within sight of the chequered flag at the end of the final race.

Hamilton was simply immense in 2021, pushed the hardest he has been over a season since Nico Rosberg in equal machinery. Sure, Hamilton certainly wasn't at his best in the first half of the season, as he sometimes appeared to struggle with the after-effects of his bout with COVID-19. But it's testament to his skills that, even not firing on all cylinders, he was still such a formidable opponent for the Verstappen/Red Bull combination.

There was quite a lot of good luck, as he survived his errors at Imola and at Silverstone (as per the stewards) to claim a second place and a victory, as well as being there to capitalise when Valtteri Bottas took up bowling at the Hungaroring. But there was no luck involved as Hamilton set about dismantling Red Bull's defences as the season's intensity ramped up.

All looked lost after Verstappen won in the United States and dominated in Mexico, but Hamilton regrouped to win, convincingly, in Brazil, Qatar and Saudi Arabia - two of those races included him having to pass Verstappen on track.

In the end, Hamilton lost out due to unlucky circumstances in Abu Dhabi. Having dominated the race, Mercedes were snookered by the late Safety Car. If they pitted him, Hamilton would have come out behind Verstappen and with no guarantee of the race resuming. And this would have happened due to Sergio Perez's contribution to slowing Hamilton down and helping keep Verstappen within Hamilton's pit window. At the end of the day, it was Red Bull's team play and ability to roll the dice that won them the title.

Hamilton is well used to enjoying the rub of the green and having things fall into place for him, as has happened on innumerable occasions over the past seven years. Having done everything right on the day of reckoning, it simply wasn't meant to be for Lewis. But that doesn't mean that he was, in any way, the loser.