Who topped our combined driver ratings for 2021?

The 2021 Formula 1 season was a classic, with the title race going down to the wire between Lewis Hamilton and Max Verstappen. Our very own Nigel Chiu has rated every driver's Grand Prix weekend this year, so here are his season averages. 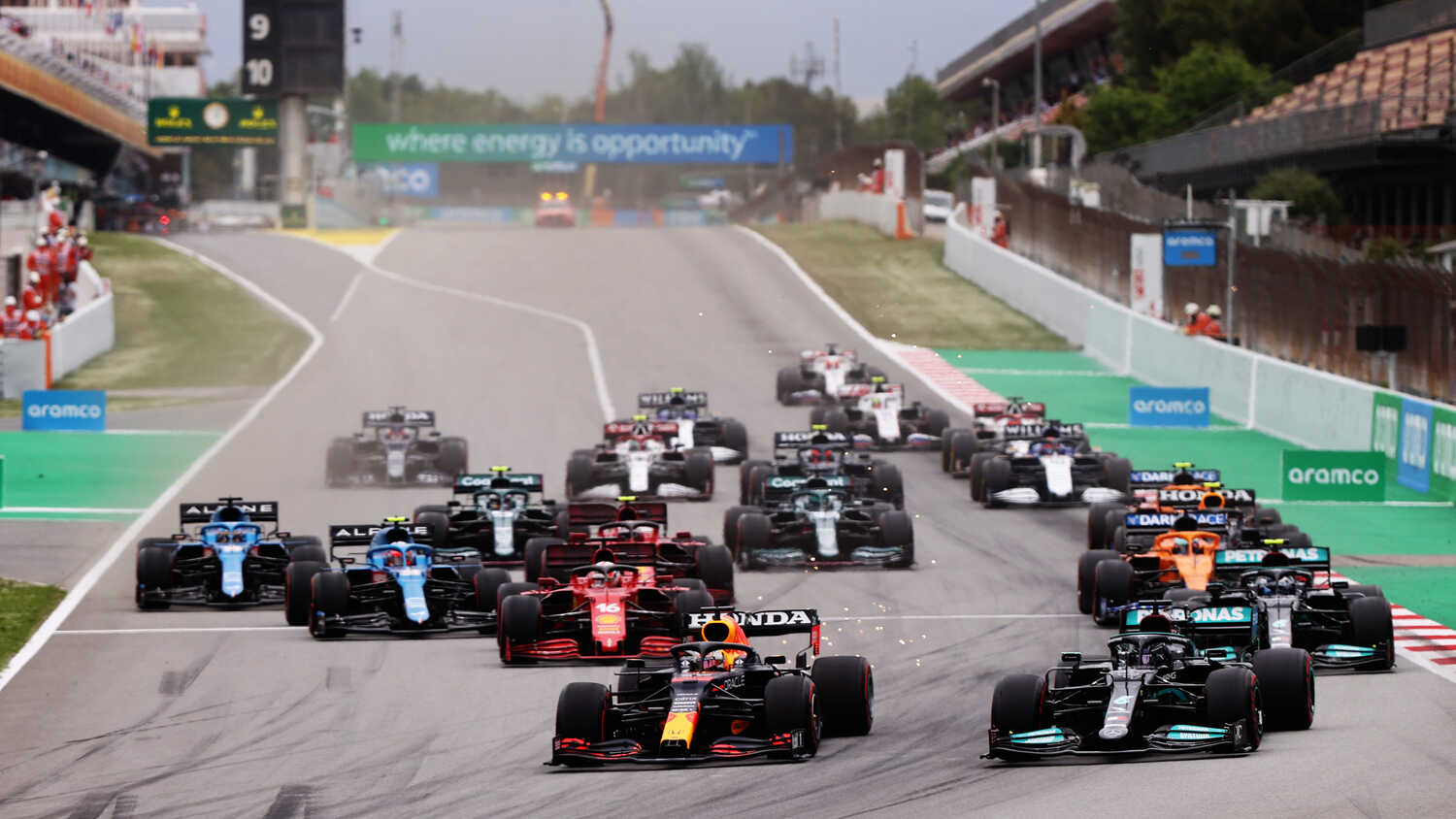 Formula 1 in 2021 will be remembered forever, and Max Verstappen's last-lap overtake on Lewis Hamilton at the Abu Dhabi Grand Prix will go down in history.

Red Bull and Mercedes went head-to-head in an almighty battle over 22 events, raising the intensity in the paddock to unprecedented levels.

This year, RacingNews365.com has rated the weekend performances of all 20 drivers. Find out who emerges on top in our final averages.

Verstappen had an outstanding season. Whatever you think about some of his attacking and defensive moves, you have to give him huge credit for his ability to deliver every weekend.

He's raising that bar in F1 and to perform at such a high level in his first title fight is very impressive. The pressure never seemed to get to him and he made very few mistakes.

It's taken a long time for Hamilton to find his match, but it's finally happened and beating Verstappen is going to be a massive challenge for any driver in the F1 field.

We didn't get the very best of Hamilton until the latter stages of the season, and it came a little too late.

He lost some 50-50 races such as France and USA, and occasionally cracked at key moments – Imola, Baku and his poor weekend in Monaco for instance.

However, he also had some brilliant drives including his sensational victory in Sao Paulo, which has to be the performance of 2021.

Failing to maximise results or fully take advantage of opportunities ultimately denied Hamilton the championship, but he's showing no signs of slowing down yet. He'll be back. 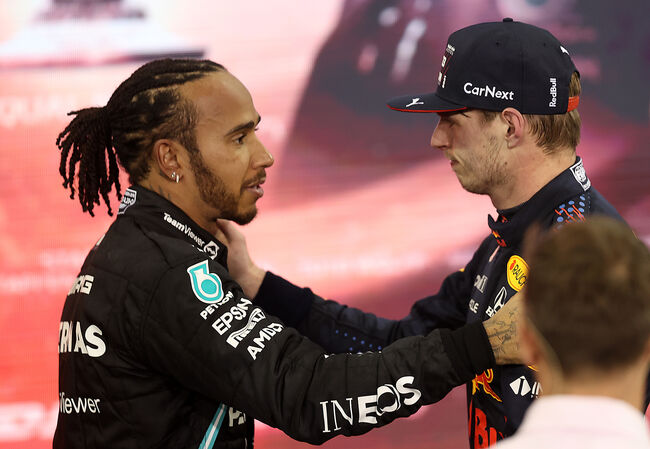 Lando Norris had a breakthrough year and was arguably the surprise driver in 2021. Particularly in the first half of the season, he was superb.

He was at one with the McLaren and had the confidence to find the limit during Q3, whilst having the touch to extract the performance from the Pirelli rubber on a long run.

Norris completely dominated Daniel Ricciardo, a driver who was expected to lead McLaren when joining the team at the start of the year.

Without doubt, Norris' stock has risen substantially and he has proved to be one of the top drivers in F1.

Charles Leclerc had lots of misfortune this year, so the final Drivers' Championship standings do not do his season justice.

He was taken out in Budapest, rain in Sochi cost him vital points, and some strategy mistakes put him on the backfoot.

Leclerc has always been excellent in qualifying, but this year he has further improved his tyre management which meant he was often 'best of the rest' in several races. 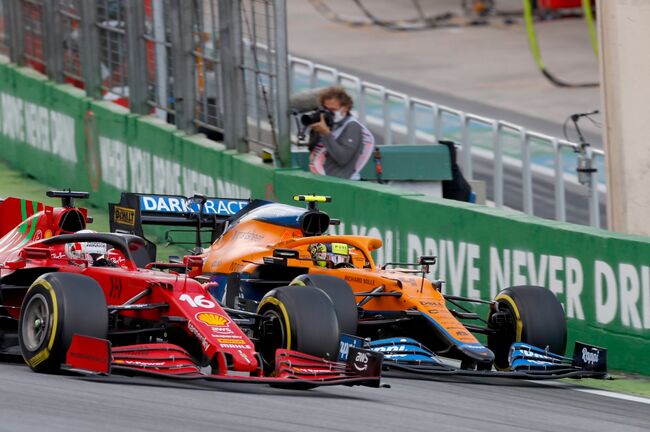 Pierre Gasly continued his stunning form from 2020 into this season with some wonderful weekend performances.

Gasly dominated new teammate Yuki Tsunoda and could have been on the podium in Budapest and Imola if AlphaTauri got their strategy right.

Nevertheless, Gasly led the team to their best season in F1 and he must have so much confidence, knowing that he can deliver on a consistent basis.

Carlos Sainz was expected to have a tough time against Leclerc, but he was generally able to match his Ferrari teammate in 2021.

Sainz made the most of the chaotic or dramatic races to pick up four podiums, on his way to fifth place in the Drivers' Championship.

He held his own against Leclerc and was rarely blown away, underling his qualities to keep a calm head and have the pace to statistically be the best non-Mercedes or Red Bull driver this year. 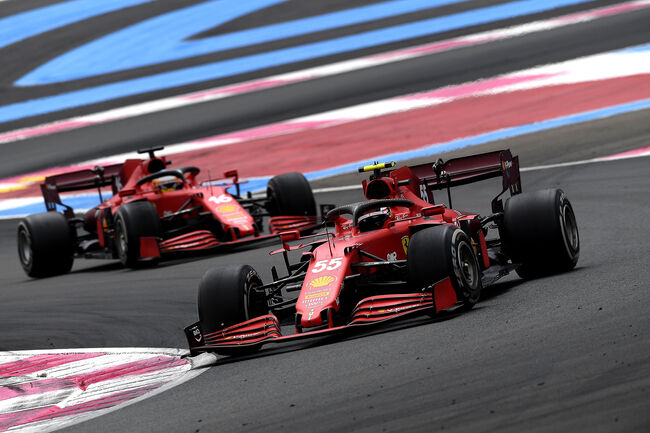 There were some doubts that Fernando Alonso would struggle on his return to F1, but he proved people wrong very quickly.

Following a tough period at the Spanish and Monaco GP, Alonso went on a streak of six consecutive points finishes in a car that didn't always have the pace to finish inside the top 10.

His podium in Qatar was deserved and his overtake on Gasly on Lap 1 at the Losail International Circuit provided further evidence that he still has the wit and smart racecraft to compete with the best.

George Russell consolidated the qualities which many people have noticed during his time at Williams, and they have ultimately earned him a seat at Mercedes in 2022.

Russell made four Q3 appearances, including a special lap in the wet at Spa, where he qualified on the front row. That was arguably the lap of the year.

He had a quiet end to the season, but we can't forget how strong he was in the summer when he drove the wheels off the car to score vital points. 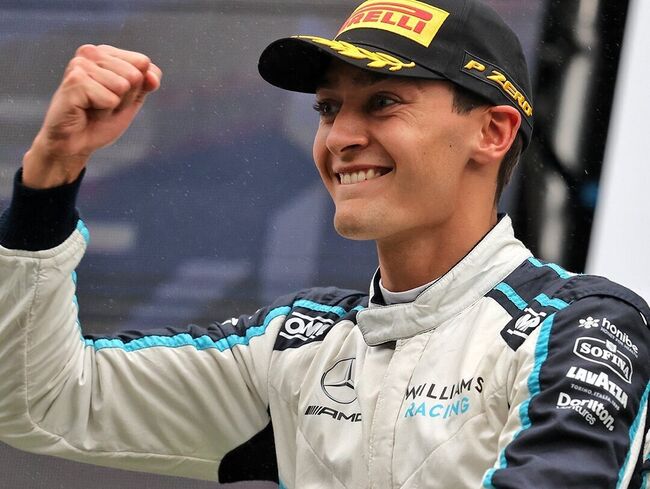 Esteban Ocon had a slightly strange season. In France and at the two Austrian rounds, he seemed lost with the car, and that appeared to be the case once again during the Russian, Turkish, US and Mexican GP.

However, in between that he was able to match and beat Alonso. His race win in Hungary was one of the highlights of the year; he drove beautifully that day.

Whilst Alonso had a little more consistency, Ocon still had plenty of peaks and should be happy with his second campaign at Alpine-Renault.

Sergio Perez played a critical role for Red Bull at various points in 2021, but it probably didn't happen enough.

Too many times he wasn't able to give the team strategic options and he will rue the opportunity to score podiums at the Styrian and Austrian GP, when Red Bull had the car to beat.

However, when he was near the front, he did a brilliant job. He fended off Hamilton perfectly in Turkey to finish in third, and we all know about his masterclass defence in Abu Dhabi against Hamilton once again. 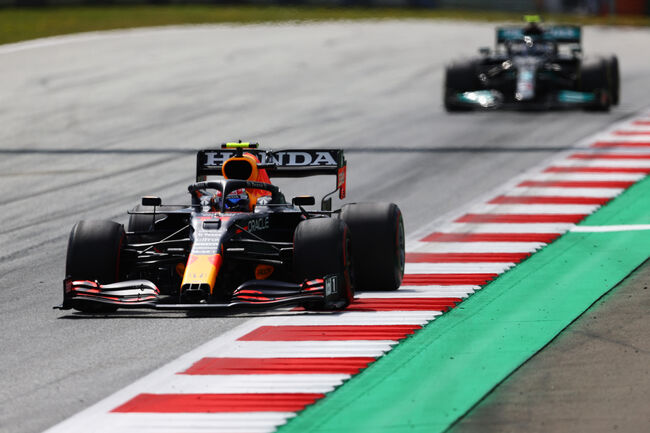 Valtteri Bottas just did enough to help Mercedes win an eighth consecutive Constructors' title, but he had a poor year overall.

Only once was he able to beat Verstappen on pure pace (Turkey), even though Mercedes had the better car at numerous events.

He struggled when he was driving in the midfield, too, suggesting he has a racecraft problem. It simply wasn't good enough for a driver in a top team.

The most underrated driver in 2021 has to be Kimi Raikkonen. Alfa Romeo didn't have a strong car this year, but he had excellent race pace which was rarely rewarded with points.

There have been some very silly mistakes too, though, such as driving into the back of teammate Antonio Giovinazzi at Portimao, or turning Sebastian Vettel around in Austria.

Qualifying remained a big weakness for Raikkonen, but he was very impressive with his tyre management and was arguably still good enough to retain a seat in F1. 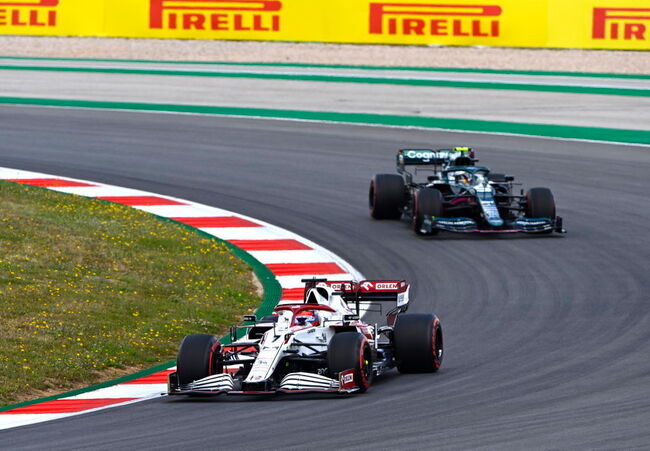 It was a difficult year for Sebastian Vettel and he admits it was not what he wanted in his first campaign at Aston Martin.

The start of the season was very poor, but Vettel improved as he showed glimpses of his old four-time World Champion form in Monaco, Azerbaijan and Hungary.

He will be slightly underwhelmed that he didn't beat Lance Stroll by a bigger margin and it felt like he didn't always maximise the performance of the car, too.

The biggest disappointment of the year goes to Daniel Ricciardo. He was set to lead the McLaren charge.

Instead, the Australian was fighting for points whilst teammate Norris was looking for a podium result.

Ricciardo's glorious victory at Monza somewhat takes away the pain of 2021, but it was only one weekend out of 22. His performances were simply not good enough and that must change next year. 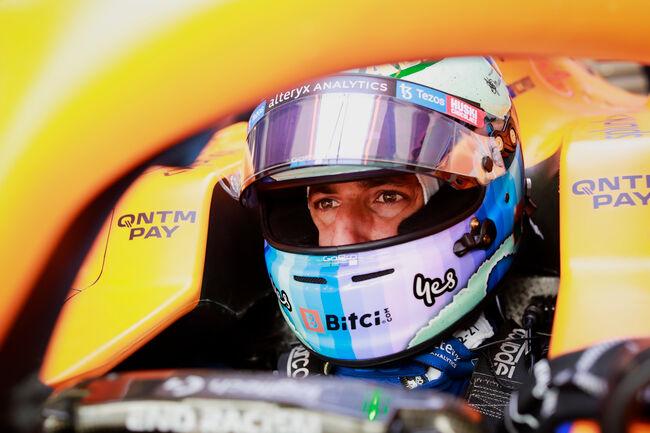 Mick Schumacher should be delighted with his rookie season in F1, even if it's difficult to judge just how impressive his campaign was because Haas were so far behind the rest of the field.

Schumacher often outqualified teammate Nikita Mazepin by a substantial margin, which is a promising sign because one-lap pace was a small weakness in his junior career.

The 22-year-old made some costly mistakes, but you can allow that for a rookie. The most important aspect of his 2021 was his speed on an almost weekly basis.

Antonio Giovinazzi was always going to be under pressure to keep his seat in F1, and the standout weekend performance he needed never came.

Giovinazzi has had many opportunities to shine, and delivered some great qualifying performances. It was his Sundays that let him down, though, as he lost out to Raikkonen despite generally starting higher up the grid. 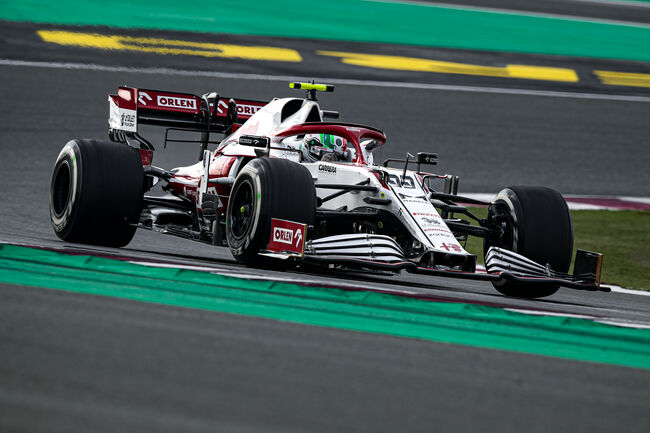 Lance Stroll was largely anonymous in 2021, although you have to give credit to the Canadian for being very close to Vettel on raw pace.

Stroll's biggest problem was his inconsistency. The former F3 champion can have two or three strong weekends, but then go missing for a month. In F1, you can't afford that.

But there's no doubt, he performed better than many expected up against Vettel.

There was so much excitement surrounding Yuki Tsunoda in Bahrain, but it all fell apart at round two in Imola when he had a nightmare weekend.

A crash, followed by a spin seemed to drain away his confidence and Tsunoda never got it back until the very latter stages of the season.

His deficit to teammate Gasly was huge at some events, even if he had to learn the track, but there was a glimmer of hope with the way he ended the year. Tsunoda has a potential career-changing 12 months ahead. 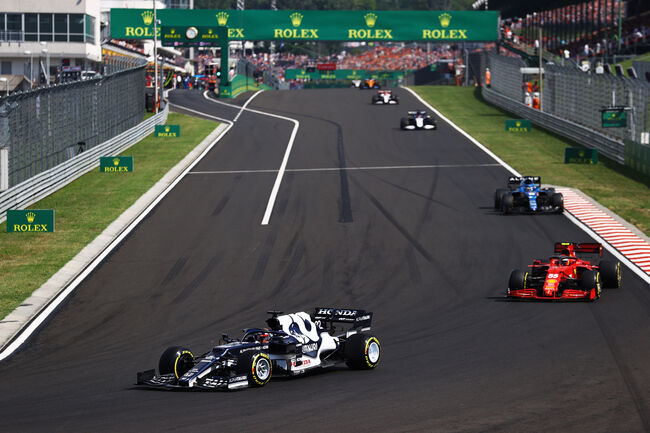 Nicholas Latifi definitely made another step forward this year compared to his rookie campaign for Williams.

Whilst he's still struggling in qualifying, his race pace was coming together nicely as the season progressed so he should be satisfied with the trend he was on.

Nikita Mazepin's expectations were very low when it was confirmed he would be in F1. His first-ever event couldn't have been much worse as he spun in practice, qualifying and the race.

More spins followed, but the Russian driver has managed to iron these mistakes out. His speed remains the biggest problem, though, as he has a substantial margin to close to Schumacher in 2022.