Who could Mercedes sign if Hamilton retires from F1?

Lewis Hamilton's silence since the Abu Dhabi Grand Prix has led to speculation about whether he will return to Formula 1 in 2022. If a shock exit occurred, Mercedes would have quite a dilemma on their hands in terms of filling his seat... 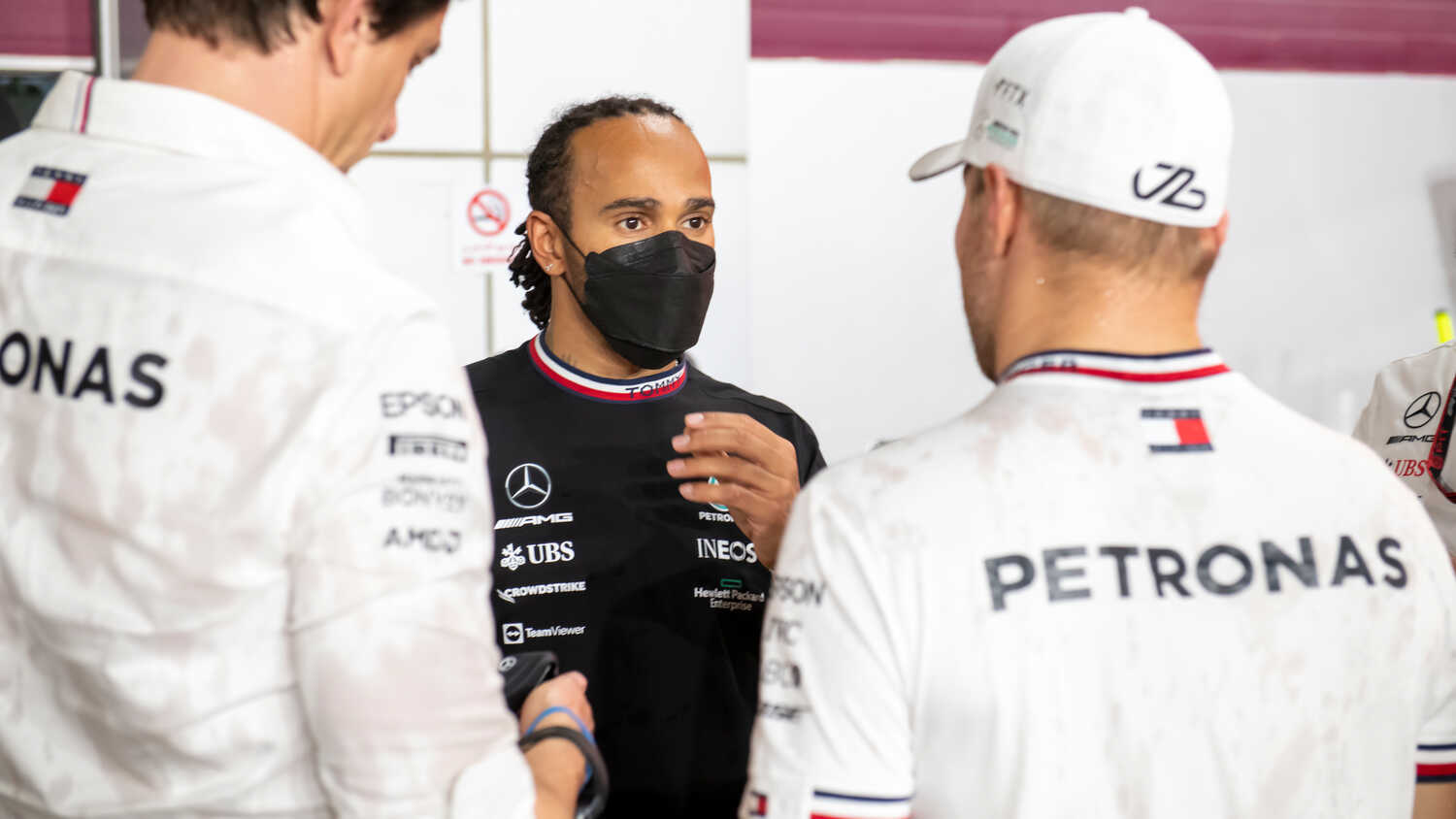 Of all of the talking points to emerge from the Abu Dhabi Grand Prix - and there have been many - perhaps one of the most intriguing has been that surrounding Lewis Hamilton's future in the sport.

Whilst Hamilton is contracted to Mercedes for a further two seasons, the controversial manner in which he lost the 2021 World Championship to Max Verstappen has led to speculation that the Briton could turn his back on F1.

Other than being seen collecting his knighthood at Windsor Castle a few days after the race, Hamilton has kept a low profile and there has been complete silence on his social media accounts.

And when asked whether there was a possibility that Hamilton might not be back next year, Mercedes team boss Toto Wolff could not give any guarantees about his driver's future plans, admitting that they were both feeling "disillusioned" after what happened in Abu Dhabi.

Neither Hamilton nor Wolff attended the annual FIA Prize-Giving Gala at the end of the season. Wolff has stressed, though, that he hopes to see the seven-time World Champion back on the grid in 2022.

But if Hamilton were to walk away, this could trigger an almighty dilemma for Mercedes, who - as was the case when Nico Rosberg suddenly announced his retirement following the 2016 season - would have to act fast to find another driver to fill his place.

So, in the event that this scenario were to happen, who might Mercedes consider signing?

If a driver is absent for whatever reason then it seems that, on paper at least, the straightforward option is to promote a reserve driver. Take recent cases of drivers having to miss races through contracting COVID, for example; Alfa Romeo called on reserve Robert Kubica to fill in for Kimi Raikkonen at two Grands Prix in 2021.

However, this is not always the case. Back at the 2020 Sakhir Grand Prix, Hamilton was forced to miss the event due to coronavirus. Mercedes could have put one of their reserve drivers, such as former F1 driver Stoffel Vandoorne, into the seat, but instead opted to borrow George Russell from Williams, surely a safer option given that he had far more recent race experience than a reserve.

As such, the possibility of Vandoorne or fellow Mercedes reserve Nyck de Vries - who both compete in Formula E for the Mercedes-EQ team - stepping up to the main F1 outfit perhaps seems unlikely.

When Russell substituted for Hamilton in 2020, there was already a clear link established between the two parties. Not only had Russell long been a part of the Mercedes Young Driver Programme, but the Williams team are also supplied with Mercedes engines.

Which raises the question - could Mercedes opt to sign a driver from one of their customer F1 teams?

Aston Martin, McLaren and Williams all run engines from the Silver Arrows in their cars. However, one of any of these teams' drivers making the switch to Mercedes does not seem feasible, particularly in the case of McLaren, whose drivers Lando Norris and Daniel Ricciardo have multi-year contracts with the Woking-based squad.

Elsewhere on the grid

There are, though, some more likely options elsewhere on the grid. One possibility could be Esteban Ocon, a driver who, like Russell, was a part of the Young Driver Programme.

Ocon even found himself being linked with a move to the team for 2022 earlier in the season following some impressive performances in the Alpine. The Frenchman could bring a decent level of experience, as well as knowledge of the Mercedes outfit, having been their reserve driver in 2019.

However, Ocon is signed to Alpine until 2024, signalling that he is a key part of their future plans. They may not be keen on giving this up.

Another obvious choice would be Valtteri Bottas. The Finn may have just left the team, but there would be nobody better in terms of being able to immediately slot back into place without having the adjustment period of a new environment.

Again, Bottas has agreed a long-term deal with Alfa Romeo, which could pose a problem. However, with Toto Wolff sharing a good relationship with the team's boss Fred Vasseur, perhaps the chances of a plan being made between the two sides are increased.

Interestingly, if such a move were to occur, there would be shades of what unfolded when Bottas was first promoted to Mercedes back in 2017 to fill the spot of the retiring Rosberg.

Bottas left Williams to make the switch, meaning that the Grove-based outfit were in need of a driver. As such, they recalled Felipe Massa, who had just left the team after deciding to walk away from Formula 1.

This in turns raises the question of what would happen elsewhere in the field as a result of either Ocon or Bottas taking Hamilton's place.

For Alpine, the ideal option would be to promote F2 champion Oscar Piastri, who is already set to be a reserve driver for the outfit in 2022. Given the vast experience provided by Fernando Alonso on the other side of the garage, the opportunity to give a rookie a chance might not be too risky.

Meanwhile, if Alfa Romeo were to lose Bottas, a more experienced driver would be the preference, with their other seat going to F1 new addition Guanyu Zhou.

Kimi Raikkonen seems well and truly done with Formula 1, so the possibility of him doing a Massa-style comeback can probably be ruled out. A more likely plan would be to bring back Antonio Giovinazzi, who raced with the team for three seasons.

The Italian will be a reserve driver for Ferrari in 2022 alongside racing in Formula E, but would surely grasp the opportunity to have a full-time race seat again.

This, of course, is all just speculation in the face of Hamilton's continued silence, and the chances are that we will see the seven-time World Champion back to fight for that record eighth title when the new season kicks off in March.

However, if he did decide to leave the sport behind, the possibilities for what could happen next are certainly interesting.