What would have happened if Verstappen spun behind safety car?

Max Verstappen gave everyone a shock during the restart of the Emilia Romagna Grand Prix. The Dutchman found himself at the front of the field but almost spun off track. Even if that would have happened, he wouldn't have lost the lead according to race director Michale Masi. 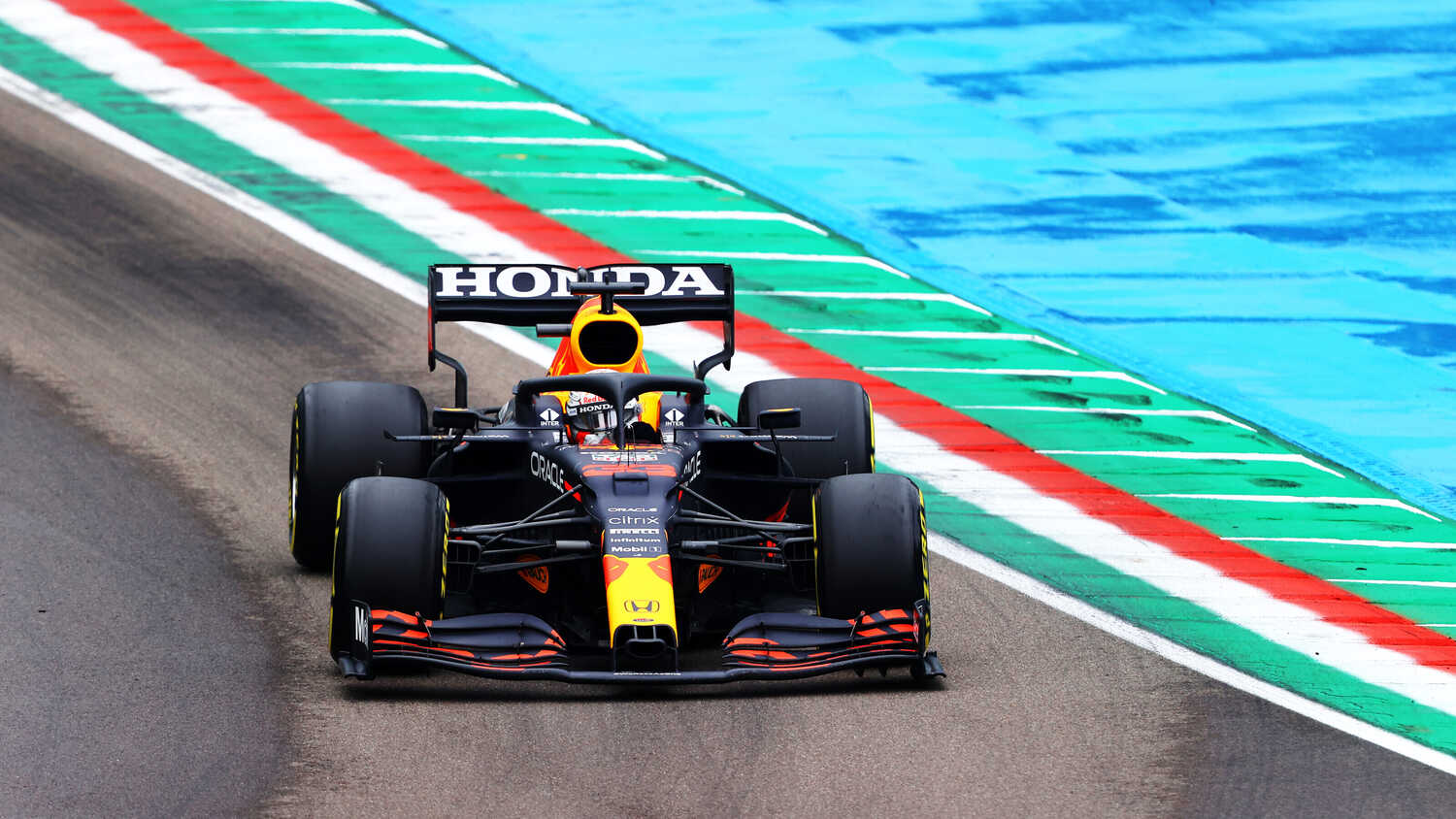 The hearts of Christian Horner, Helmut Marko and everyone else at Red Bull likely skipped a beat before the restart of the Emilia Romagna Grand Prix.

Max Verstappen, who was in the lead, almost lost control of his Red Bull while trying to warm up his tyres. The Dutchman nearly spun his car around, but managed to keep it pointing in the right direction in the end. It's a mistake that looked like it would have cost Verstappen dearly, however he would have been just fine if he did.

It wasn't the first time drivers struggled to keep things under control under the Safety Car. Sergio Perez, for example, left the track when the Safety Car led the field at the start of the race, while Kimi Raikkonen also made a mistake shortly before Verstappen's misadventure.

Perez lost two positions but immediately took them back. The result? A 10-second stop and go penalty because if you lose places during a Safety Car period due to a driver error, you can't take the positions back.

Things were different for Raikkonen who, while behind the Safety Car as well, lost places the lap before the restart. Unlike Perez, the Finn didn't take back the lost places. The result? A 10-second stop and go penalty that was converted to a 30 second penalty after the race.

Confused as to why both drivers were punished for doing the opposite of one another? The difference is the kind of lap the incidents took place on. Perez's foray happened behind the Safety Car during a 'normal' race lap, while the Alfa Romeo driver technically went off track during a formation lap. Two different rules for two different situations.

That's why Verstappen wouldn't have lost his position even if he had spun. During a formation lap you can take back your position, though this must be done before the first Safety Car line. Should a driver fail to do that, they must enter the pit lane and start from there. Raikkonen, for example, didn't and was therefore handed a penalty.

The first Safety Car line at Imola is found at the entrance to the pit lane, meaning Verstappen still had a few hundred meters to take back his place. If it had happened any later, Verstappen's chances of victory would have all but vanished. Race director Michale Masi confirmed this while speaking with RacingNews365.com and other members of the media.

"After a suspension, it is considered a race lap but in the same sort of principles as a formation lap," Masi explained. "So if a car was out of position, it would be like a formation lap in that they can regain that position as long as it's before Safety Car line one. That's the general principle."