What we learned from the 2021 Dutch GP

Despite Lewis Hamilton's best efforts, there was no stopping Max Verstappen from a famous victory at the first Dutch Grand Prix since 1985. RacingNews365.com looks back at the biggest storylines to emerge from Round 13 of the 2021 F1 World Championship. 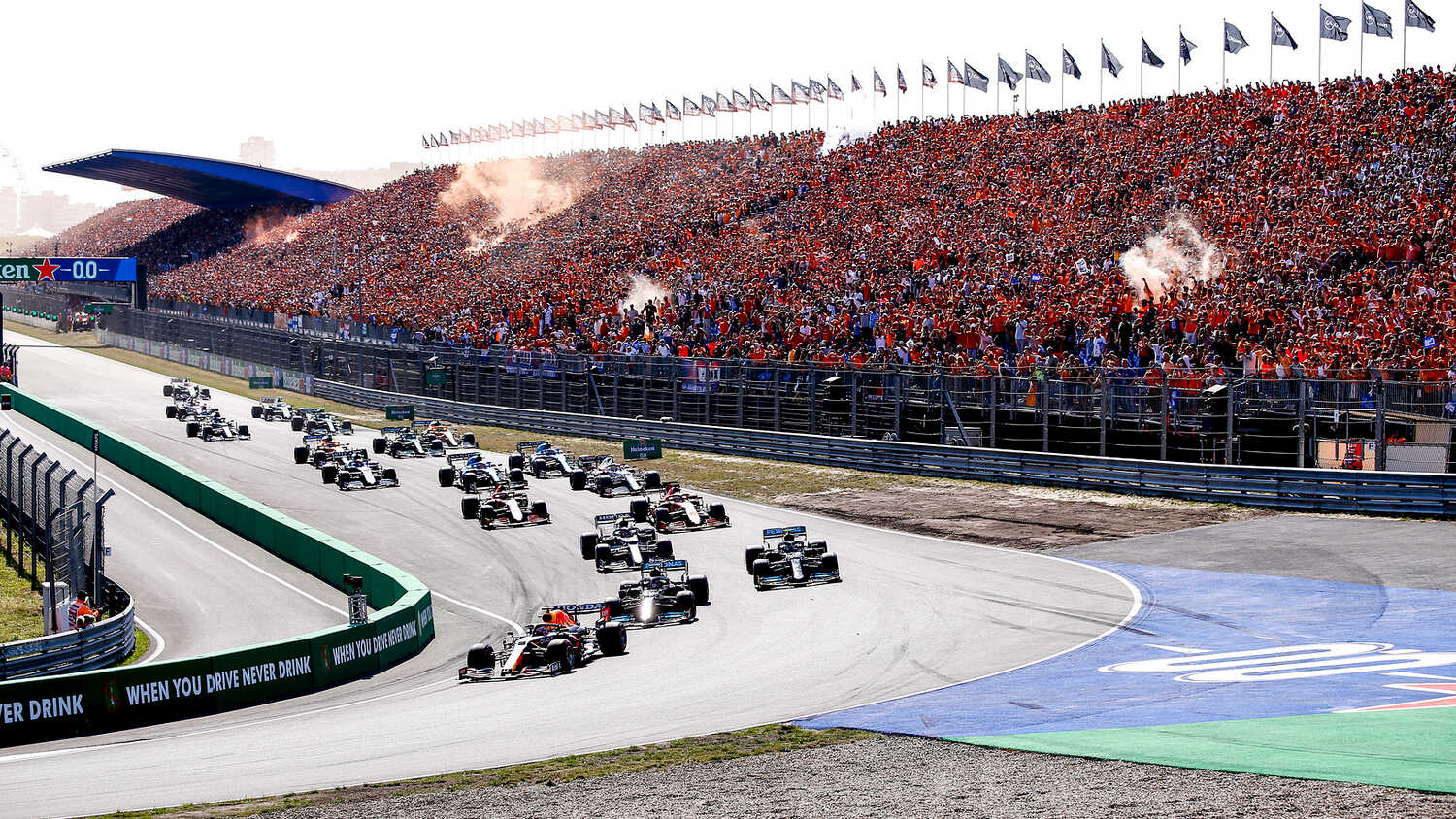 Max Verstappen made F1's return to Zandvoort a memorable one for the Dutch fans in attendance, converting his pole position into a dominant victory.

The win means the Dutchman is back atop the Drivers' standings, as main rival Lewis Hamilton had to settle for second on a day when Mercedes simply had no answers for Red Bull.

Ahead of next weekend's Italian GP at Monza, here are the big talking points to emerge from Sunday's memorable race in the Netherlands.

Verstappen was a more than deserving winner at Zandvoort on Sunday, and yet Mercedes did very little to make things difficult for the Red Bull driver.

Whether it was a small mistake by Valtteri Bottas while trying to keep Verstappen at bay, or pitting Hamilton too early for his second stop, it just seemed as though the Silver Arrows had to be perfect to deny Red Bull a famous win – and they weren't.

"We had to be perfect to even have the slightest chance of getting past them through strategy, for example," Hamilton told RacingNews365.com and other select members of the press after the race.

Momentum is certainly on Red Bull's side following Sunday's race, having won the Belgian GP last week as well, with Verstappen heading to Monza as the championship leader.

All is not lost for Mercedes, however, as the long straights of Monza should see them get the better of their rivals, given Verstappen was the slowest driver through the speed trap at Zandvoort.

A response is needed, especially as the Silver Arrows haven't won a race on pure pace since way back in May at the Spanish GP. 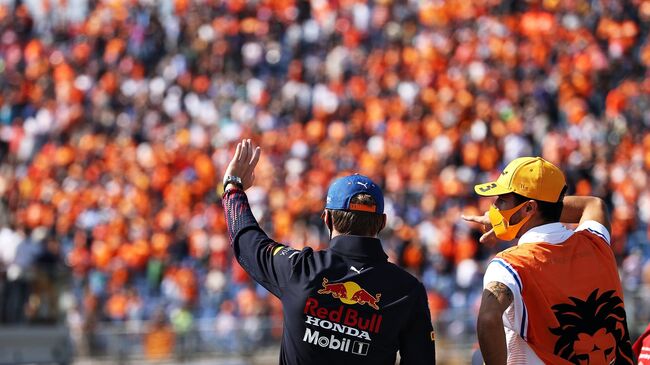 Ferrari move past McLaren, though neither team are happy

McLaren lost their hold on third in the Constructor's Championship after a race to forget.

Lando Norris and Daniel Ricciardo were anonymous for most of the race, with the Briton salvaging something from the weekend by finishing 10th after failing to get out of Q2 on Saturday.

McLaren now find themselves 11.5 points adrift of Ferrari, who brought home a solid points haul from Zandvoort. You wouldn't know it judging from their reaction after the race, with Charles Leclerc stating he wasn't completely happy with P5.

Carlos Sainz went further than that after losing P6 to Fernando Alonso on the final lap, calling the Dutch GP the slowest he's ever felt in a race before.

Despite neither driver being completely happy, Leclerc did note that the result was positive when looking at the bigger picture.

"Yeah, this is good for the team," said Leclerc. "That's exactly what we needed this weekend.

"Whenever we know McLaren are struggling a little bit more, that's where we need to take those opportunities and put both cars in the points, and that's what we did today."

With neither team able to separate themselves from the other so far this season, Sunday's results could play a big role in deciding who takes third spot behind Mercedes and Red Bull at the end of the campaign.

The two stars from Saturday qualifying had wildly different fortunes in Sunday's race, with Pierre Gasly undoubtedly the happier of the two.

The AlphaTauri driver had a rather straightforward race, bringing his car home in the same spot he started in – fourth.

Unable to compete with the top three, and decidedly faster than the Ferraris behind him, Gasly managed his Medium tyres on his second stint with minimal attrition. His performance will only add to the question of why he hasn't been given a look for the second Red Bull seat.

As for Giovinazzi, his day got off to a rough start when he was chopped by Sainz on the opening lap through Turn 5, and then caught behind Alonso's wobble through Turn 6.

Starting in seventh, the events saw him quickly fall down to 10th after one lap.

In the end, a puncture forced him to make a second pit-stop shortly after his first, all but ending his hopes of a points-scoring finish. All in all, Sunday's race won't do his reputation for failing to turn strong starting positions into solid finishes any good. 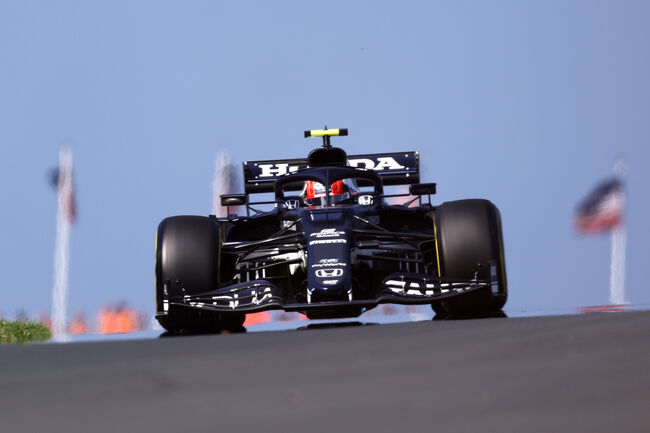 Haas have a driver issue that needs resolving

It seems there's no stopping Nikita Mazepin and Mick Schumacher from getting in each other's way, as their already strained relationship continued to deteriorate on Sunday.

The two have had their share of spats so far this season and things continued on Saturday, with the Russian furious that his teammate had gone against what he believed was an internal team arrangement during their final runs in qualifying.

Mazepin accused the German of being "cheeky", while Schumacher responded by pointing out how eager his teammate is to speak his mind in the press despite the matter being resolved internally.

That bad blood clearly carried over to Sunday, as Mazepin sharply closed the door on Schumacher early on, which resulted in front wing damage. Schumacher was none too pleased with the maneuver after the race.

"I think I'm not the only driver he did that to today, so I'm sure that people will have a look at it, and hopefully consequences will come into play in the future," Schumacher commented.

Although Team Principal Guenther Steiner said after the race that neither driver should be blamed, he did hint that meetings will take place before the Italian GP and that formal rules of engagement between his two drivers could be imposed.

While only time will tell what solutions Haas agrees on, it's clear something has to change.

The Mazepin/Schumacher rivalry isn't a big problem for the team at this time, given that they are at the back of the grid after punting on 2021, but some structure must be in place ahead of next season when they plan on being more competitive.

With two young drivers seemingly unable to get out of each other's way, it may very well be time for Haas, as a team, to resolve the matter once and for all.