What we learned from qualifying for the F1 Monaco Grand Prix

The second day of action from the Monaco Grand Prix is over, with plenty to pick apart from qualifying. What have we learned heading into Sunday's race in Monte Carlo? 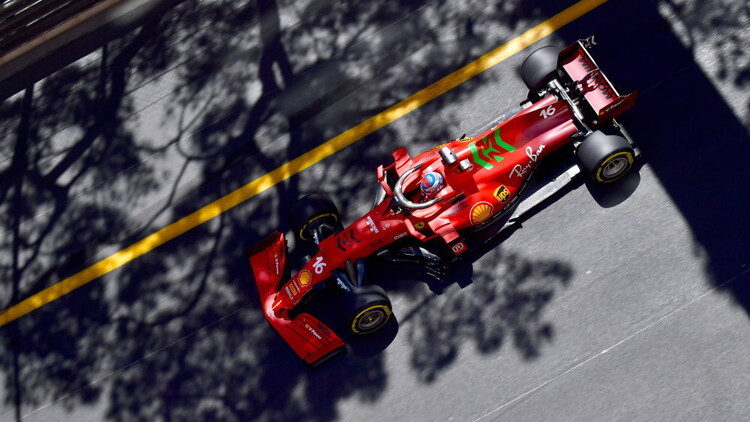 The most important qualifying session of the season is over, with Ferrari snatching a surprise pole position in somewhat contentious circumstances.

Right now, it looks like a Red Bull vs. Ferrari battle, but Mercedes can never be fully discounted from striking back.

What have we learned from the qualifying day in Monaco?

Not for the first time, a driver who has already snatched provisional pole position managed to block the track and prevent anyone from improving on their second run. But, unlike previously seen attempts in Monaco, Charles Leclerc's crash is the most convincing.

The obvious risk of damaging the chassis or gearbox, resulting in a grid penalty, would mean a far bigger penalty of starting from a much lower position than the front row start that Leclerc seemed almost certain of.

But, maybe it's that very point that could have factored into the plan? After all, initial reports are that the damage isn't serious. If there was a plan, it's worked out perfectly for Ferrari.

Any suspicions being levelled at Ferrari are being kept particularly veiled, and it's nigh-on impossible to prove externally whether there was any intent behind Leclerc turning in slightly too early at a corner where we've seen several drivers (including Verstappen) do the exact same thing in recent years.

Taking it at face value, Ferrari were very fortunate to have already had a banker time good enough for pole position in the bag, and to have escaped any damage that could have moved them back into the midfield.

Ferrari's eye-opening pace in Monaco isn't particularly surprising, given how good they appeared to be in the twiddly third sector in Barcelona.

While still lacking a little ultimate grunt with their engine, the driveability of the Ferrari power unit appears to be as good as any, and the nimble SF21 is proving a delight at Monte Carlo for both Leclerc and Carlos Sainz.

Make no mistake about it, a front-row lock-out was a distinct possibility for the Scuderia, something which was unthinkable throughout the entirety of 2020.

Sainz's huge disappointment at finishing in fourth, normally a stellar result, shows the level of expectation the drivers have this weekend, and just how much the Spaniard doesn't want to be eclipsed by Leclerc. Joining the team and showing instant pace, being in the hunt for pole position at Monaco, only to have your attempt ruined by Leclerc? Perfectly understandable frustration.

Their long-run pace looked good too, and it looks as though we're set for a thriller between the Scuderia and Red Bull. 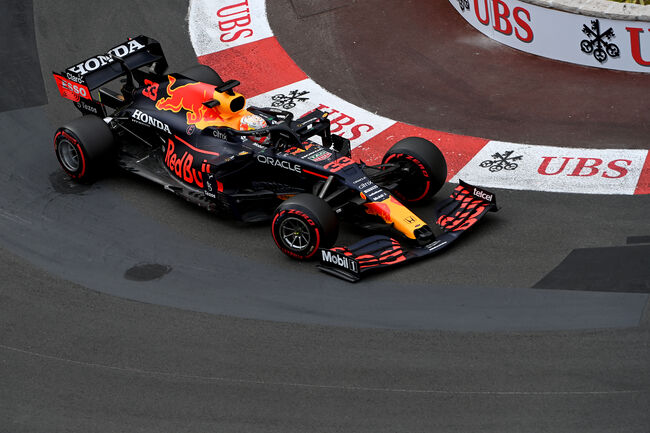 Probably not a whole lot, really. The W12's inability to generate immediate tyre temperature, something of a benefit in the race, hampered them greatly in Saturday qualifying.

Unfortunately for Mercedes, the tactic of sending their drivers out to do multiple flyers to generate that extra temperature didn't work out either due to the red flag stoppage.

The good news for them is that the car is far better in race conditions than in qualifying, but the bad news is the obvious problem with the difficult of overtaking on circuit.

Lewis Hamilton may be ruling out any possibility of a race win already, starting from seventh, but it would be a very brave person to bet against him hauling himself into contention as the race progresses.

Out of all the rookie drivers on the grid this year, it's surprising that it's the one driver you wouldn't expect that has kept his nose clean.

Yuki Tsunoda struck his AlphaTauri against the barriers on Thursday, while Mick Schumacher has severely damaged his Haas twice so far this weekend and did so many damage in FP3 that he couldn't take part in qualifying.

"Was it worth it? Probably not," Schumacher admitted after FP3, having pushed too hard in what is a weekend of learning for the rookie drivers.

While Mazepin hasn't shown a huge amount of pace, the Russian driver has kept his car out of the barriers so far, which is a commendable achievement. His qualifying lap was also his quickest lap of the weekend so far, showing that he has built himself up over the two days of track time so far.

But...the biggest challenge lies ahead on Sunday afternoon. 78 laps is a huge ask in an ill-handling car, can Mazepin keep up his somewhat surprising achievement?

Monaco still a joy to watch

Yes, we're more than likely in for a somewhat processional race on Sunday, but Monaco still represents one of the biggest, and most unique challenges, in motorsport.

The sheer tension of a qualifying session on the streets is one of Formula 1's biggest selling points, and watching the drivers fully commit to ramping their speed up and take more and more risks with the barriers is truly remarkable.

It's F1's equivalent of a Pikes Peak run, watching onboard as the drivers fight for every single millimetre of tarmac that they dare to reach for. While there are better venues for racing (pretty much all of them, really), there's very few venues better for driving or spectacle.

Monaco is simply astonishing, and undeserving of the murmurs that it needs changing.