Max Verstappen set the quickest time of pre-season testing as Red Bull impressed once again. RacingNews365.com gives you a round-up of how things played out on Sunday and what we have learnt from three days of running in Bahrain. 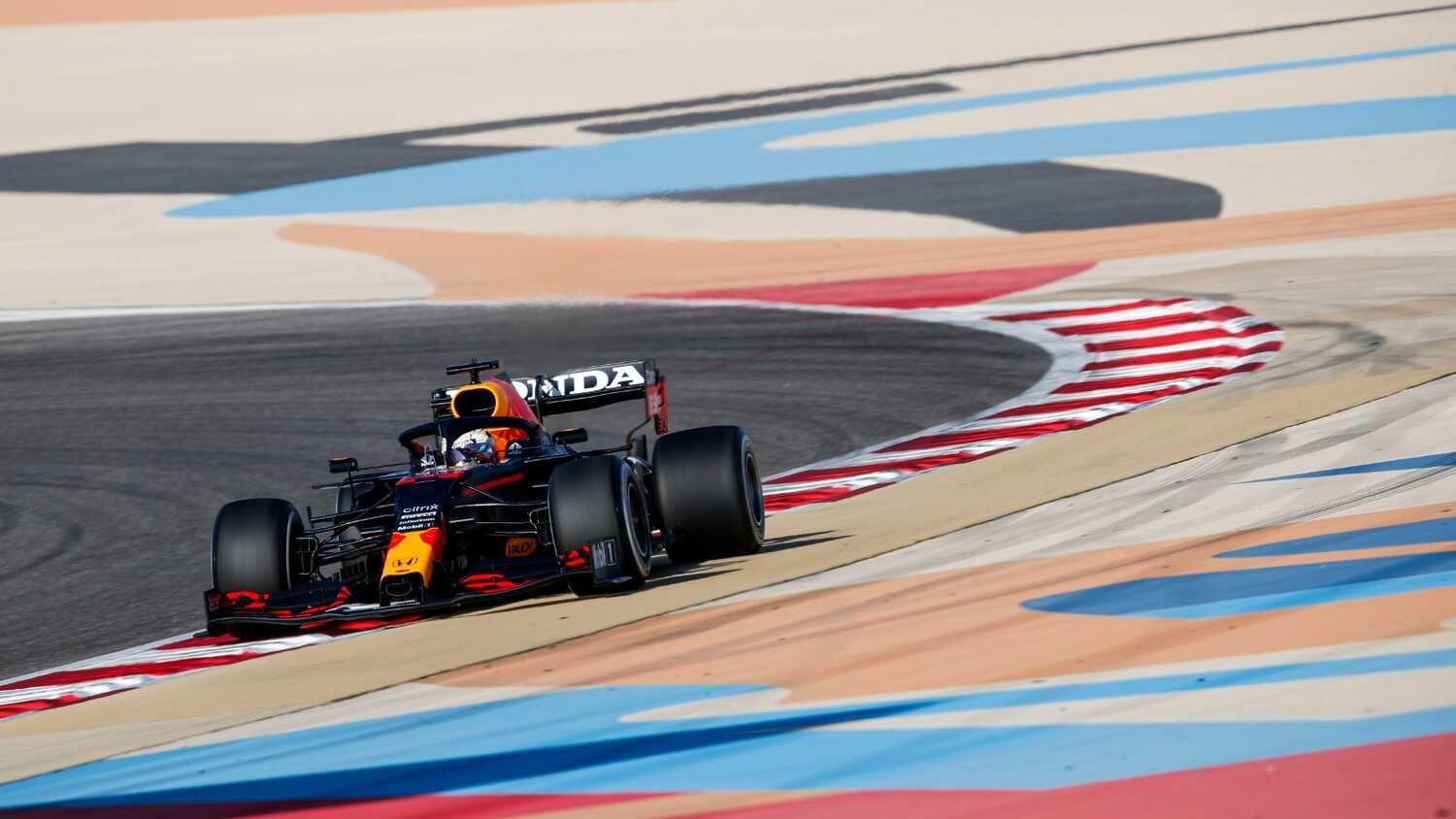 After 3725 laps were completed by the 21 drivers who took part in the three days of running at the Bahrain International Circuit, Red Bull emerged as the big winners. Max Verstappen set the fastest time of the event during the final hour of testing on Sunday evening to top off a near-perfect test for Red Bull.

Equally impressive was Sergio Perez's one lap pace in the morning which was the benchmark time for much of the day, despite Perez using the C3 medium tyre compound.

Outside of Red Bull, the big story was AlphaTauri sending a statement to the midfield and Mercedes failing to post a headline lap time, leading to questions as to if they are still the favourites going into the season-opener on March 28.

We should never read too much into the quickest lap times from each driver but Red Bull confirmed they are ready to give Mercedes a run for their money in 2021. Verstappen's 1:28.960 on the soft C4 tyre was a statement of intent.

He posted consecutive fast laps on new C4 tyres as he tested the limits of the Red Bull. The RB16B looks incredibly planted on the race track and is significantly more predictable for Verstappen compared to last year.

Sergio Perez has got up to speed nicely too, a further indication that the balance of the car is very good. Verstappen loves a strong front end of the car to get the nose of his machine turned in before standing on the throttle to accelerate out of the corners.

The Dutchman has exactly that as well as plenty of traction. Sakhir has never been a venue where Red Bull have had success, so for them to show great pace in Bahrain is promising. 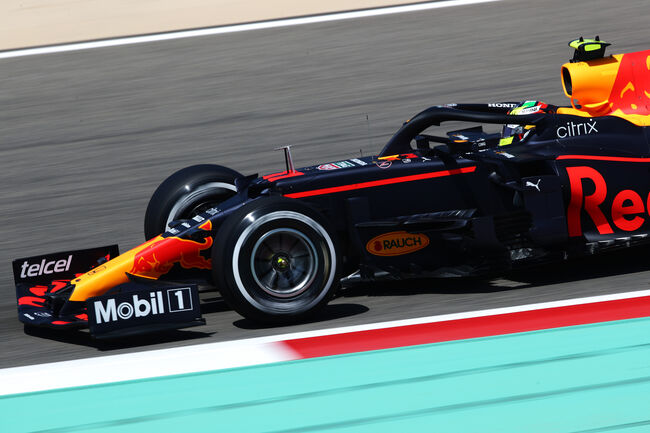 Mercedes dominance coming to an end?

The world champions have had their fair share of issues in Bahrain and Lewis Hamilton spent the first hour of the afternoon session in the garage once again. This also happened on Friday and Saturday.

Mercedes have had the least mileage in testing, just 304 laps. They have been towards the top of the lap for the last seven years so all is not right within the Silver Arrows.

It could be that Mercedes were drastically changing the setup of the car or it takes them a long time to switch Hamilton's and Bottas' individual driver items such as the seat and pedals. Hamilton had another spin to add to his incident on Saturday when he beached the W12 in the gravel.

The seven-time world champion does not look at one with the car as he ended up in fifth place over a second slower than Verstappen. He lost time to Verstappen throughout the mini sectors on the 5.4km circuit which is a sign that the Mercedes is genuinely slower than the RB16B.

This may be down to fuel loads or engine settings but the body language of the Mercedes was not as nice as the Red Bull. It's almost like the two teams have reversed roles from the traditional handling setups we have seen in recent years.

The Red Bull looks like it's on rails whereas the Mercedes has speed but is unpredictable. 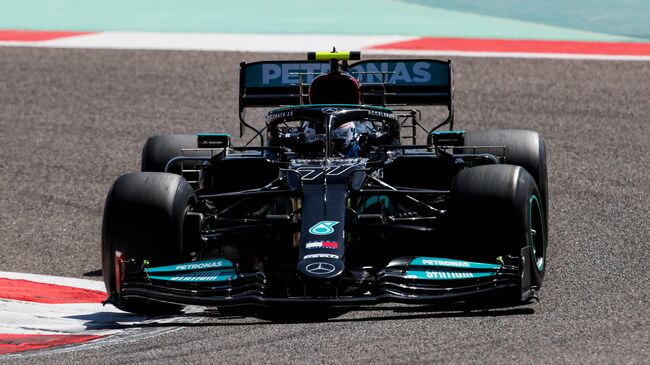 Yuki Tsunoda is already showcasing his talent with a stellar afternoon session. Even with a messy middle sector, the AlphaTauri driver posted the second quickest time of the entire test on a 1:29.053.

Tsunoda had a spin earlier in the session before he embarked on lighting up the timing screen with personal and outright fastest sector times. His long run pace was good as well, 0.1-0.2 seconds quicker than Carlos Sainz in the Ferrari.

For an F1 debutant, Tsunoda has been impressive and AlphaTauri could be a substantial threat to the midfield teams with Pierre Gasly demonstrating good long run pace earlier in the test.

AlphaTauri also got a lot of mileage under their belt as Gasly did 237 laps, the most of all 21 drivers. The team completed 422 laps to be joint top of the lap count with Alfa Romeo. 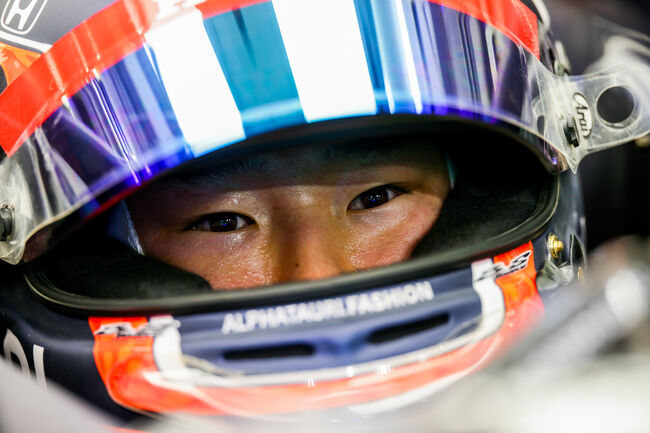 McLaren go under the radar

McLaren will be delighted with their test as they sneaked under the radar on Sunday with a great race simulation. Daniel Ricciardo's middle stint on the C2 tyre was on par with Bottas' and Perez' pace from Saturday evening.

The Woking-based team have been quiet throughout the pre-season test focusing on testing and changing new parts and fiddling with the setup before they revealed their true potential.

From what we have seen of the car out on track, it's handling nicely and Ricciardo has been enjoying the balance of the MCL35M. As always, it's difficult to make clear judgements in testing but McLaren look like they will be at the pointy end of the midfield battle. 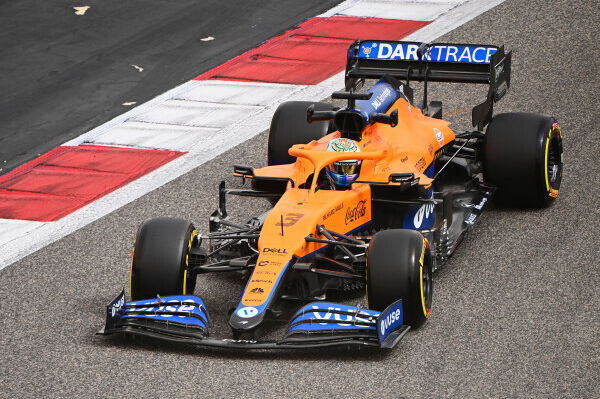 Aston Martin at the bottom of the leaderboard

More reliability issues hindered Sebastian Vettel's progress as he was stuck in the garage for most of the morning with a boost pressure problem. The Aston Martin driver has completed just 117 laps over the three days in Bahrain, only Roy Nissany has had less mileage and he only drove on Friday.

Lance Stroll concentrated on long runs in the afternoon to try and bump up Aston Martin's lap count. Other than Mercedes, Aston Martin will be the team that will want more testing days given their problems.

It's been a disappointing event for them and they go into the opening race on the backfoot.

Kimi Raikkonen had a long day at the wheel of the Alfa Romeo on Sunday and he made it count with a huge 166 laps. His pace was good too, especially in the morning when he did a race simulation. The 2007 was able to match the same lap times as Charles Leclerc on the same tyres.

Fernando Alonso focused on longer runs as Alpine got through their programme smoothly. The two-time world champion is one of six drivers to do more than 200 laps during testing.

Alpine could not have done much more and it's very difficult to say where they rank in the midfield. It's certainly going to be a 23-race war in the mid-pack this year. 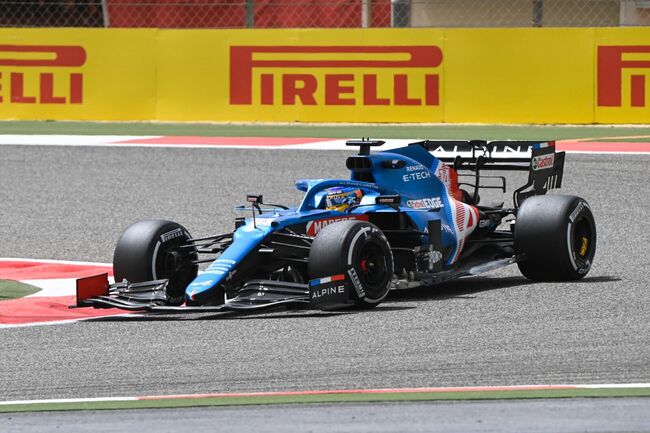 George Russell only drove the Williams for the first time on Sunday but he made the most of it. The 2018 F2 champion racked up the kilometres with 158 laps around the Bahrain International Circuit.

Most impressive was his race simulation in the evening which was not too far away from Sainz in the Ferrari. From the little running we have seen from Russell and Williams, the Grove-based squad have made a step forward.

Meanwhile, Haas have got through their programme after a difficult start to their test on Friday. They are still off the pace of the rest of the field but it was to be expected as they have very few developments from 2020. 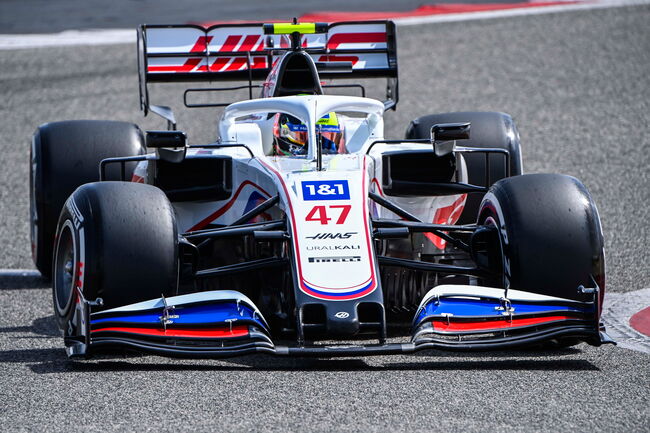 It looks like we could finally get the battle many have been waiting for: Max Verstappen vs. Lewis Hamilton. Red Bull have had their best winter test since 2013 whilst Mercedes have had their worst pre-season test in the turbo-hybrid era.

We will have to wait until qualifying to get a clearer idea of whether the Mercedes reign could come to an end. Even then, Bahrain is an unusual track with many traction zones and an abrasive track surfacae.

Imola and Portimao will follow the season-opener which will give us a true indication of the strengths and weaknesses of the whole field.

The three-day format has worked well as the teams and drivers have been forced to go out on track to gather the data they need and test their new cars. There's less than a fortnight to wait until the season begins, and it could be a classic.