What happened to the tracks on F1's original calendar?

While most of F1's original calendar from 1950 still remains in use today, two circuits have been consigned to the history books. 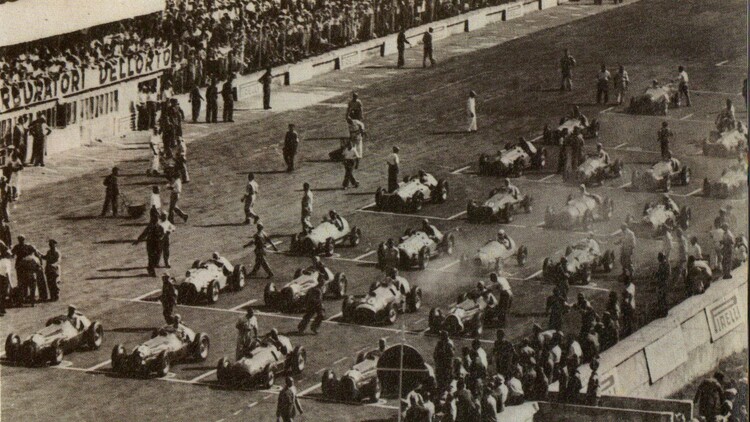 The original F1 championship calendar in 1950 was a much shorter schedule than what modern day fans would be accustomed to.

While F1 jets around the world to a record-breaking 23 races in 2022, 1950 saw the teams remain Europe-bound for six Grands Prix.

There were seven races on the calendar that year, with Indianapolis hosting the Indianapolis 500 and, officially, being part of the championship. But none of the drivers taking part in the 1950 championship made the trip over to Indianapolis, resulting in the US event hosting an American field and slightly skewing the overall results of the F1 World Championship.

Of the six European tracks, four are still in use today. Silverstone, host of the very first official F1 Championship race, remains on the calendar and retains recognisable sections of its original layout.

Monaco, too, is still on the calendar and has remained largely similar throughout the intervening decades, albeit with significant modernisation.

Spa-Francorchamps and Monza are both still fan favourites, although Spa has become a much shorter and more neutered venue compared to 1950, while Monza moved away from the old banked layout to evolve into the chicane-peppered Temple of Speed that it is today.

But two venues on the original calendar were doomed to become parts of F1's history.

Bremgarten played host to the fourth round of the 1950 F1 World Championship.

Extremely fast, the circuit picked up a reputation for its danger after claiming the lives of Northern Irish driver Hugh Hamilton in 1934 and Italian racer Achille Varzi in 1948.

Bremgarten would host a Grand Prix every year until 1954, but would become a victim of the ban on motorsport within Switzerland's borders in the wake of the 1955 Le Mans disaster.

The circuit closed in 1955 and, today, only small sections of the track survive in what has become an industrialised area of Bern as the Swiss didn't look to preserve the history of the circuit.

Unfortunately, most of the fearsome Bremgarten circuit exists now only in old footage.

Playing host to the French Grand Prix on several occasions between 1950 and 1966, Reims-Gueux had to share hosting duties with Rouen over the years.

But in 1950, Reims was the venue for the first F1 championship French Grand Prix. An awesomely fast triangular-shaped circuit that cut through the rural fields in the area, it became well known for its slipstreaming battles, as well as its danger.

The track closed in 1972, with demolition of the circuit's pit area immediately getting underway.

But demolition was called off quickly by a new Mayor of the town, and this saved the circuit from disappearing into obscurity. While it was left to rot for 30 years, a group of volunteers stepped forward to set about preserving the remaining buildings.

Visitors to the site nowadays can pull over and view the former pit buildings and press box, although the old grandstands are closed off due to safety concerns.

The track itself, as used in 1950, remains largely intact, although the corners are now taken by farmers in their tractors as opposed to racing drivers. Some of the track, at Turn 3's Virage Muizon, has been re-absorbed into the fields, meaning a complete lap is no longer possible, while the straight leaving Turn 3 is now part of a motorway.

The first video above, recorded by Circuits of the Past, shows the track as it is today with video footage from a drone.

The second, below, was released by The Tim Traveller, and shows the latest state of the circuit's pit area and the story behind its preservation.