The battle between Jacques Villeneuve and Michael Schumacher made headlines in 1997, with the fight for the title coming down to the final race in Jerez. The Canadian eventually came out on top, and says he isn't angry with the German over his failed attempt to knock him out of the race. 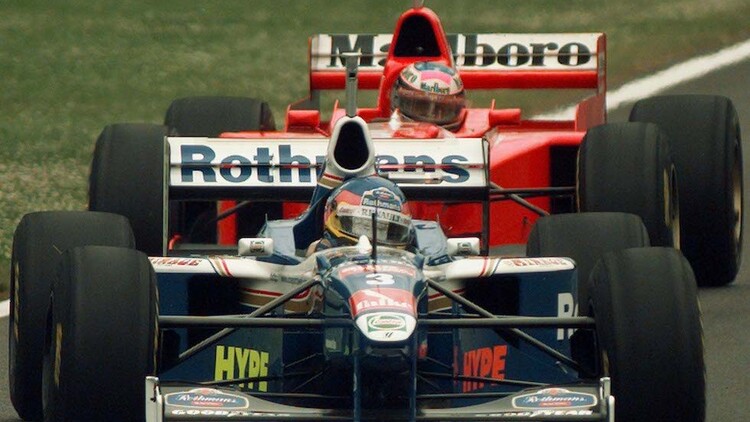 Former F1 driver and 1997 champion Jacques Villeneuve says he harbors no animosity towards seven-time champion Michael Schumacher after their duel for the 1997 title ended in acrimonious circumstances.

Villeneuve who remains Williams' last world champion, had a monumental duel with Schumacher over the course of 1997 season. The Canadian ultimately came out ahead in the battle for supremacy, with Schumacher being disqualified from the final standings all together after trying to crash into Villeneuve in the final race of the season.

"Michael came at me and helped me to win, therefore I cannot be angry with him," Villeneuve told the Corriere della Sera.

"It is like at school, there is always someone in the class with whom you do not get along. It was a fight between lions, he was the strongest lion and you had to beat him."

Villeneuve proceeded to share his views on the current season saying it has so far proved to be engaging.

"Interesting," Villeneuve stated. "Red Bull has a great car, they were on their way to victory in Bahrain, they already had it in their pocket and still they managed to lose the race.

"Verstappen also has a very different pressure this year, he is not allowed to make any mistakes."

The Canadian also shared his viewpoint on the intra team rivalry at Ferrari between Carlos Sainz and Charles Leclerc.

"The real danger for Leclerc is Sainz," Villeneuve explained.

"Carlos has never driven in such an important team. He has come there with will, grinta (fight/grit in Italian) and experience. He is used to fighting teammates, fast teammates. He is cold, studies and can make things very difficult for Charles.

The former world champion finally explained what it was like driver his father's (Gilles Villeneuve) old car in 2012.

"That was great, I could imagine what it was like for him to drive that car when I drove it myself," Villeneuve shared.

"Then of course it was the top of the technology, but when I drove it it was an old car for me and it felt dangerous. When I drove it, I tried to understand what was going through my father's mind."