Max Verstappen's Red Bull took a tour of Imola's public roads after breaking down during Friday practice and, luckily, his onboard camera was still turned on! 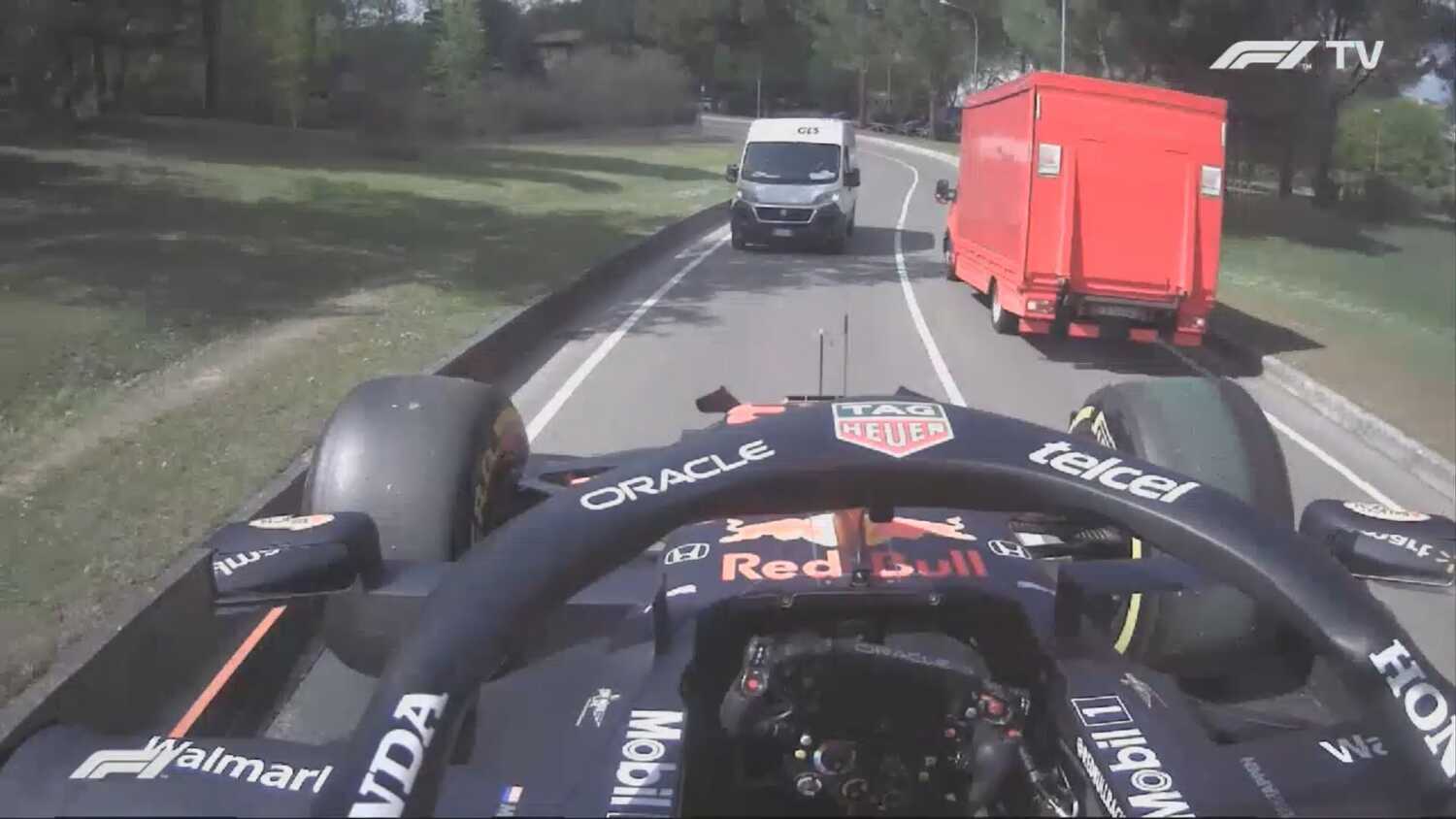 Red Bull's Max Verstappen missed most of the second practice session on Friday, as his RB16B broke down ten minutes after the session went green.

A driveshaft failure meant that Verstappen was forced to park his car up on track, close to the pitlane exit.

Put onto the back of a truck to be recovered to the pits, the recovery crew took the scenic route through Imola's back roads, resulting in quite an interesting video as his onboard camera was left switched on!

Check out the video below...