A fire brigade watching on as a car burned at the Lausitzring has drawn the ire of the team boss, who criticised the inaction of the rescue services. 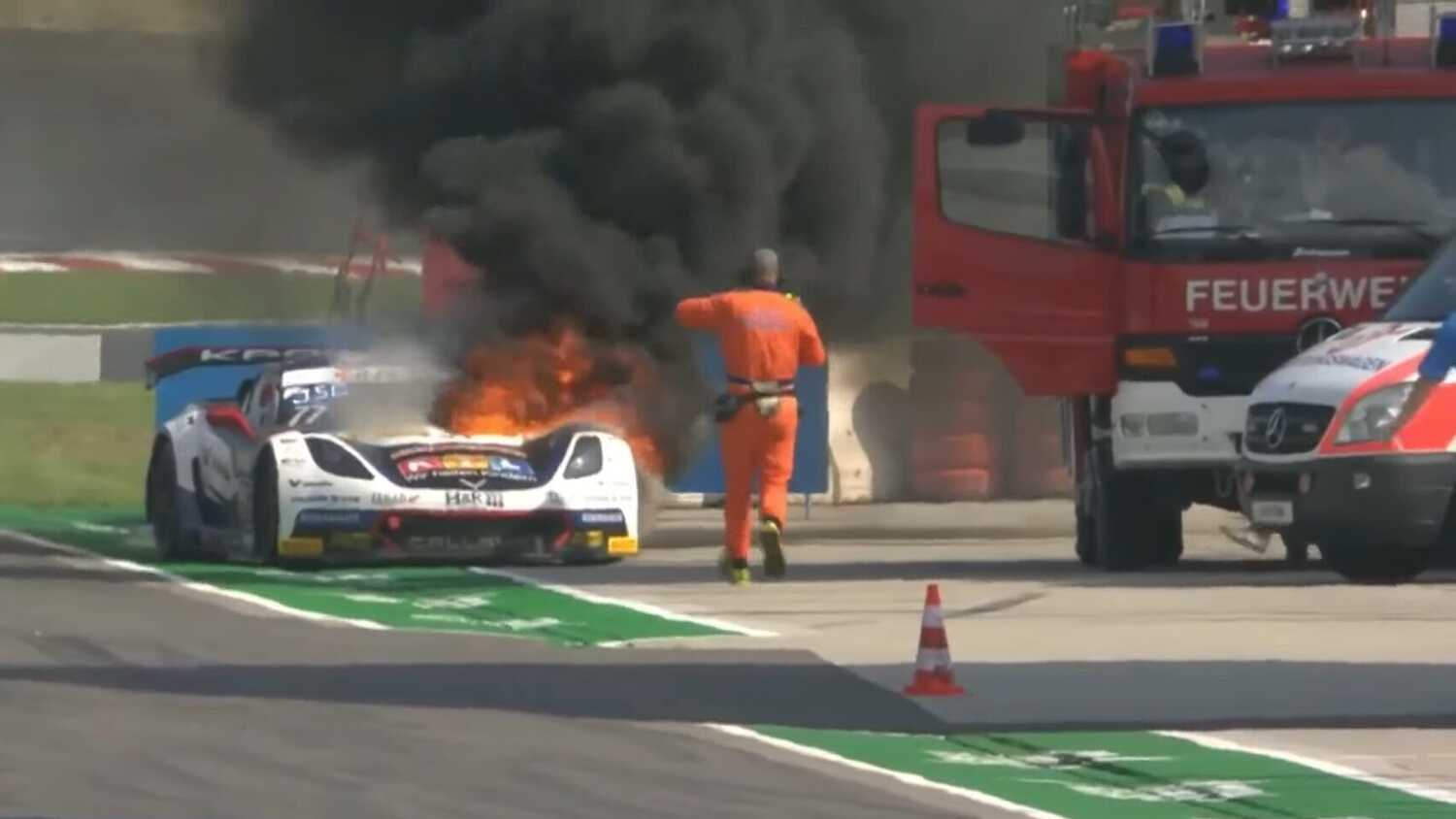 A team boss who had to watch on as his driver went unassisted by a nearby fire crew at last weekend's ADAC GT Masters race at the Lausitzring has criticised the inaction of the rescue staff.

Jeffrey Schmidt parked up his smoking Corvette C7 GT3-R in front of a fire truck during last Sunday's race, believing this to be a smart call. However, the fire brigade didn't try to help him as flames took hold of the car.

This has drawn the ire of Schmidt's team boss, Mike Gramke of Calloway Competition.

"The fire brigade crew did not intervene in any way or at least offer him a fire extinguisher, despite his calls for help," Gramke told Motorsport-Total.

"The behaviour of the fire brigade is incomprehensible to me.

"What would have happened if Jeffrey hadn't been able to open the burning door? Would they have still watched without doing anything? Something like this must never happen again."

The fire truck was there for the purposes of tending to fires in the pit lane, rather than 'on-track' incidents, according to the publication. But Schmidt's teammate Marvin Kirchhofer was similarly unimpressed by the inaction of the fire crew.

"It's unbelievable and indescribable what happened there," he said.

"This event must be clearly dealt with on the part of the organizers and the DMSB. I'm glad that nothing happened to Jeffrey."

Check out the video below...