The first retirement of the 2021 F1 season belongs to Nikita Mazepin after the Haas driver went into the wall on the first lap of the Bahrain Grand Prix. 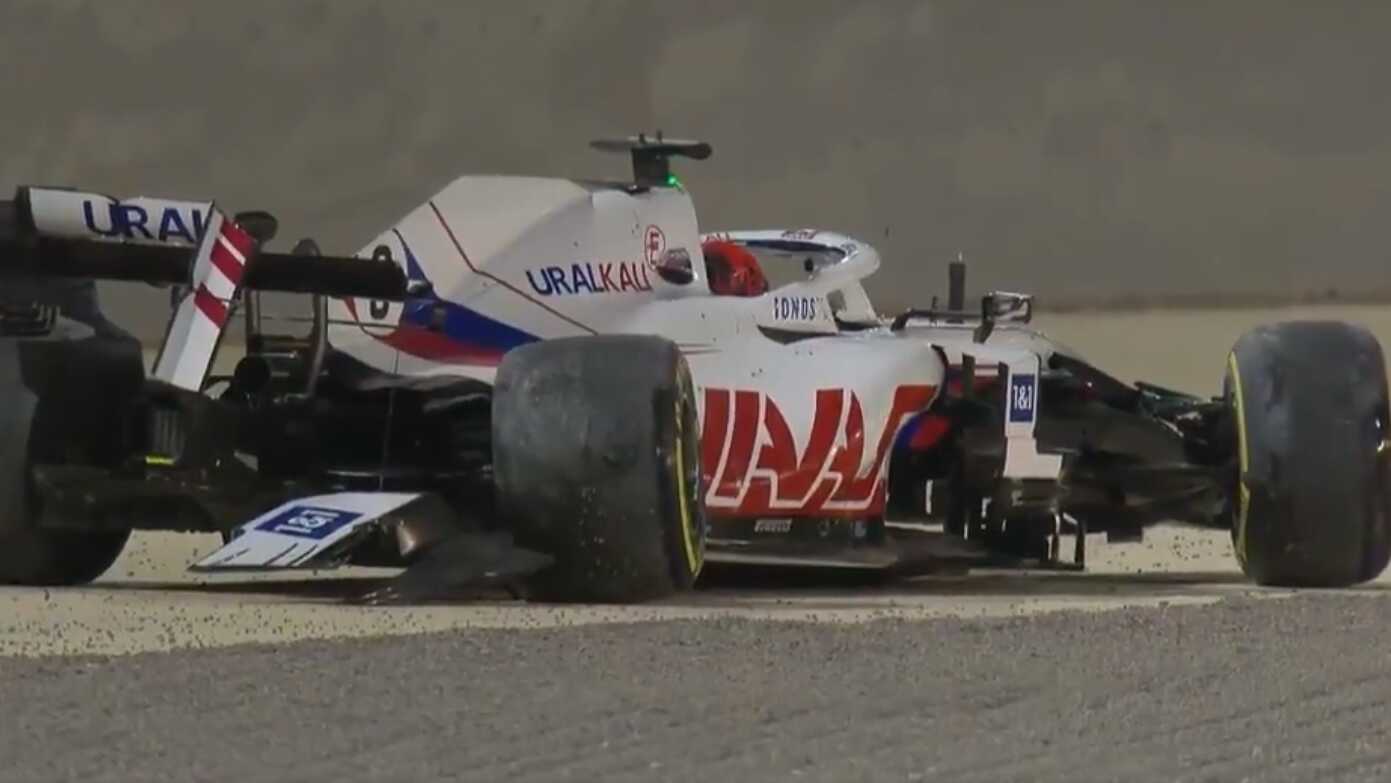 Nikita Mazepin's F1 debut didn't even last one lap as the Haas driver hit the barrier on the opening lap of the Bahrain Grand Prix.

While all eyes were focused on the battle between Max Verstappen and Lewis Hamilton at the front of the grid, the rookie driver attracted attention at the back.

Replays showed Mazepin crashing all on his own after lighting up the rears. The Haas driver looked all out of shape exiting the corner three before crashing into the barrier.