In Red Bull's latest challenge, Max Verstappen has raced against a builder's van, a London taxi, a hatchback full of teenagers, and a World War 2 era Spitfire fighter plane! 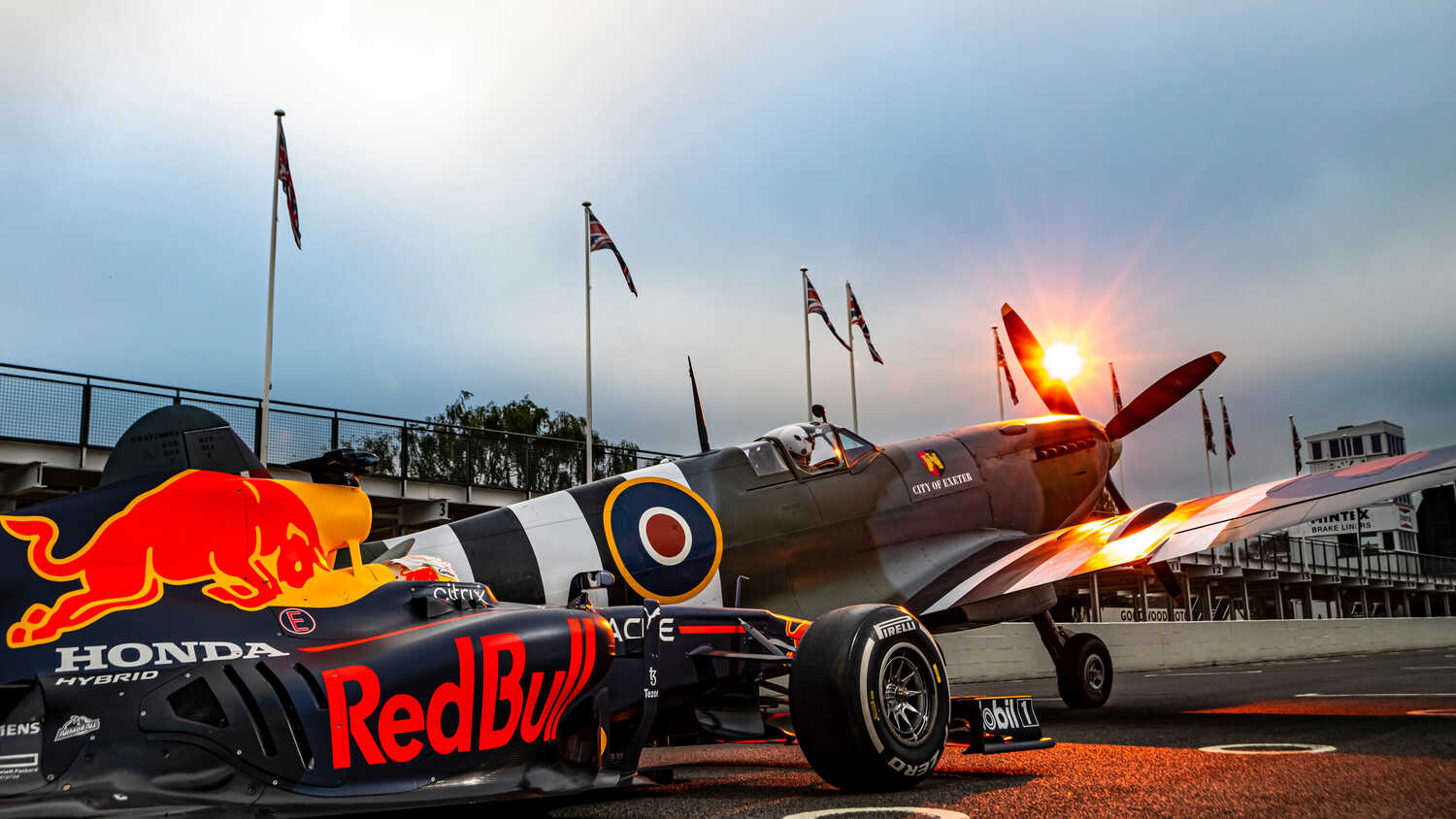 Following their recent video where they pitted David Coulthard against an upside-down stunt plane, Red Bull sent Max Verstappen along to race against a World War 2 era Spitfire ahead of the British Grand Prix!

With the Spitfire being an icon of 20th century Britain, the feat of engineering was pitted against Red Bull's incredibly successful RB7 for a sprint across the finish line.

This was after Verstappen had already despatched other British icons like a London taxo, a doube decker bus and a white van man (with two of his mates!)

The British Grand Prix is regarded as another home race for Red Bull. While Austrian owned, the team operates out of Milton Keynes near Silverstone, and Verstappen acknowledged the important of the event for Red Bull.

“The British love their motorsport, which is special to see, so I’m always very happy to be in the country, but of course to be at Silverstone is even better. It was great to see all of these typically British vehicles on track with the RB7 and I hope the fans enjoy this bit of fun before the race at the weekend.”