Lewis Hamilton took to Instagram on Sunday afternoon to show off his mini-recording studio. However, he also provided fans with a snippet of audio as the video played. Is this his biggest hint yet that new music may be on the way? 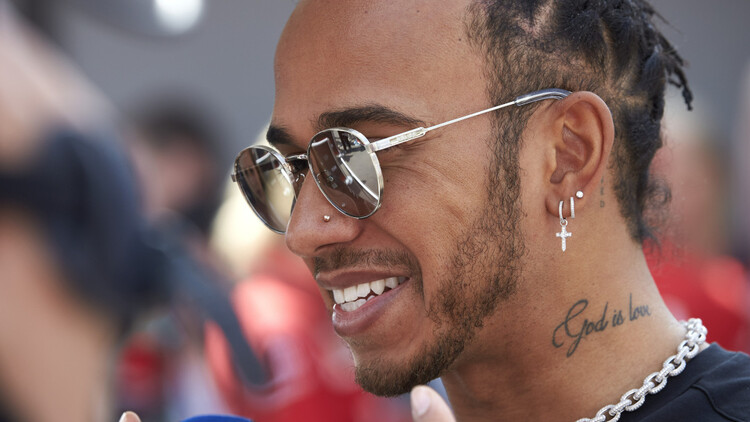 Lewis Hamilton gave fans a glimpse of his home recording studio on Instagram, as well as leaving a few other clues that new music may be in the works.

It's no secret that the seven-time F1 world champion is a big music fan, with him even providing vocals for Christina Aguilera's 2018 song Pipe. However, Hamilton could be getting ready to drop some of his own work - if his most recent story is to be believed.

The 36-year-old's short video was accompanied by a mysterious soundtrack, with the caption reading: "Happy Sunday everyone, in my happy place making noise". We then see Lewis's full set-up, which includes an ominous zoom-in shot of his microphone.

Are we finally going to hear some of his solo work soon?

A video of the story, uploaded to Twitter by @TeamLH44_Japan, can be found below.