VIDEO: Graham Rahal crashes out of Indy 500 after wheel flies off

Graham Rahal has climbed out uninjured after a big crash during the Indy 500 after his left front wheel came off exiting the pitlane. 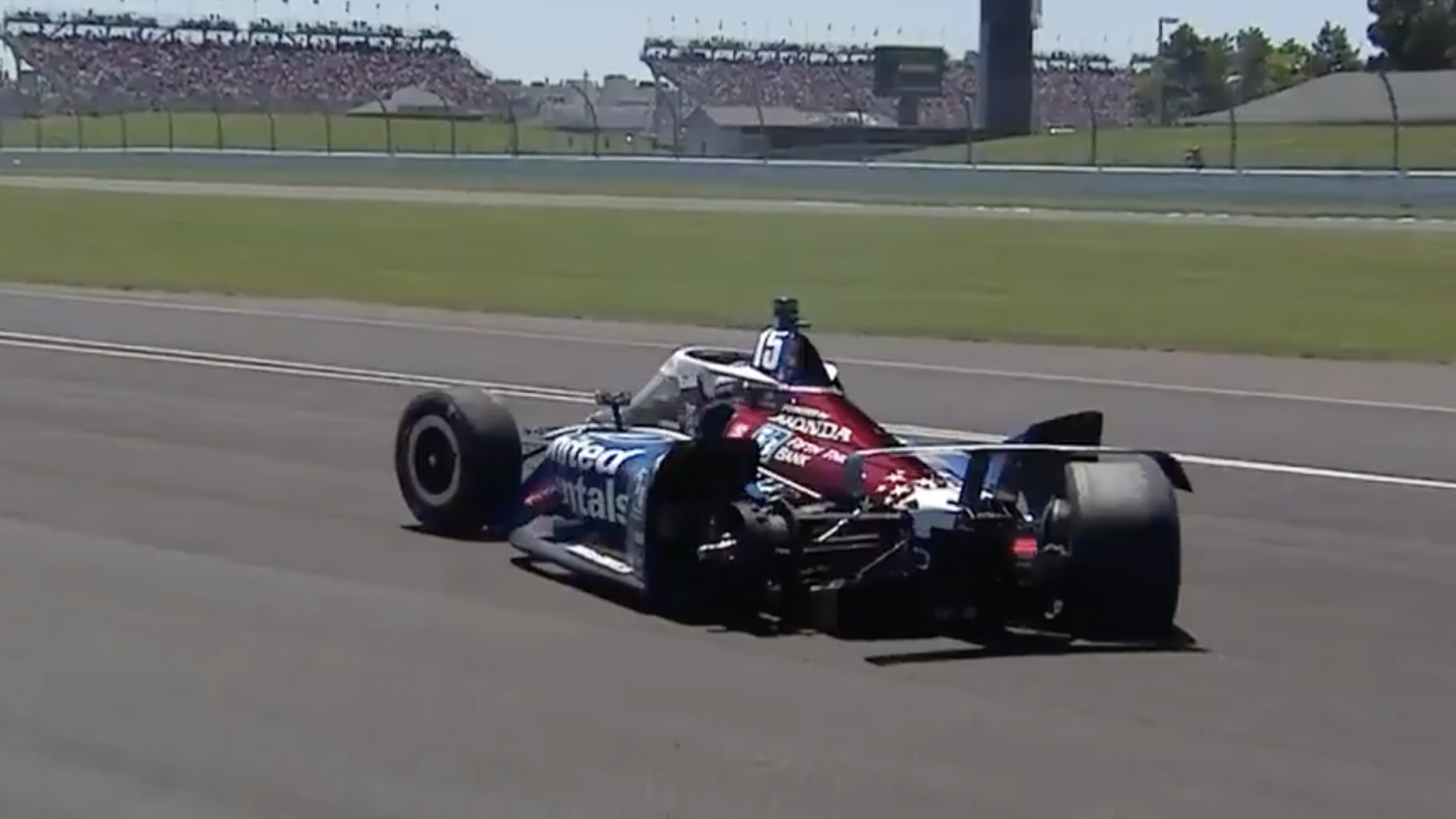 Rahal Letterman Lanigan's Graham Rahal has been uninjured in a scary crash during the Indy 500.

Rahal had just come into the pits on Lap 120 of the race, but was sent back out on track with a left rear wheel that hadn't been secured properly.

The wheel came loose just as he exited the pitlane, and Rahal lost control and spun across the track into the barriers. Luckily, no cars were immediately behind him and he avoided being struck by another car.

However, the loose wheel did bounce across the track, with Conor Daly striking the wheel with his nosecone in a very scary moment. Thankfully, Daly was able to continue, although did suffer some damage to the nose as a result.

A disappointed Rahal said that he believed he was in the running for the victory.

"We had them," he told NBC, "the fuel saving that we were doing, the car, you know, we were in the perfect spot. We were just cruising.

"And we're gonna, you know, I keep using the word going to, that's not the right word you know, but our strategists played it right. I felt like I was doing a good job in the car. We got ourselves where we needed to be. We had them today."