Vettel: On paper there are certain similarities between Red Bull and Aston Martin

Former four-time F1 world champion Sebastian Vettel discusses the parallels between his first days at Red Bull and his start at Aston Martin. 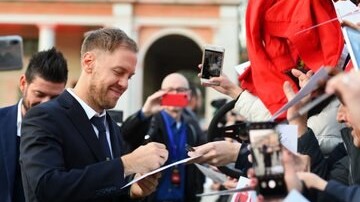 After enduring a trying six years at Ferrari in which he failed to accomplish his dream of emulating his idol Michael Schumacher by winning the world title with the Italian marque, Sebastian Vettel will embark on a new chapter in his career when he makes his debut for the rebranded Aston Martin team.

Given Silverstone's proximity to Milton Keynes and Vettel's widely discussed affinity for British humour, the former world champion is certainly going to adapt to his new surroundings quickly. The other striking parallel between Vettel's second team and his new one is that they were both funded by wealthy individuals, while Dietrich Mateschitz is responsible for Red Bull's success, Lawrence Stroll is hoping to achieve similar results at Aston Martin.

"On paper there are certainly some things that seem similar, but I think the situation is different," Vettel told F1-Insider regarding the similarities. "Mainly because I'm at a different point myself today.

"At a better point, with far more experience, with a clearer view. Therefore you cannot really compare the two starting points with each other. At that time I did not have the knowledge that I have today, so the approach is completely different."

The German also discusses what his first few days will look like and his approach to joining a new team.

"Everyone is different, but still everyone probably likes to have an environment where they stand up for one another and work for one another," Vettel continued.

"So far there are of course a lot of new faces for me at Aston Martin, but I am confident that it will work. You always have to be open to new things. I will meet a lot of new people, new ways of working, new approaches - and I would not be well advised to believe that only my way is the right one."