Vettel: I'm more a friend than a mentor for Schumacher

Sebastian Vettel believes his relationship with Mick Schumacher is more friend than mentor, despite his willingness to pass on advice. 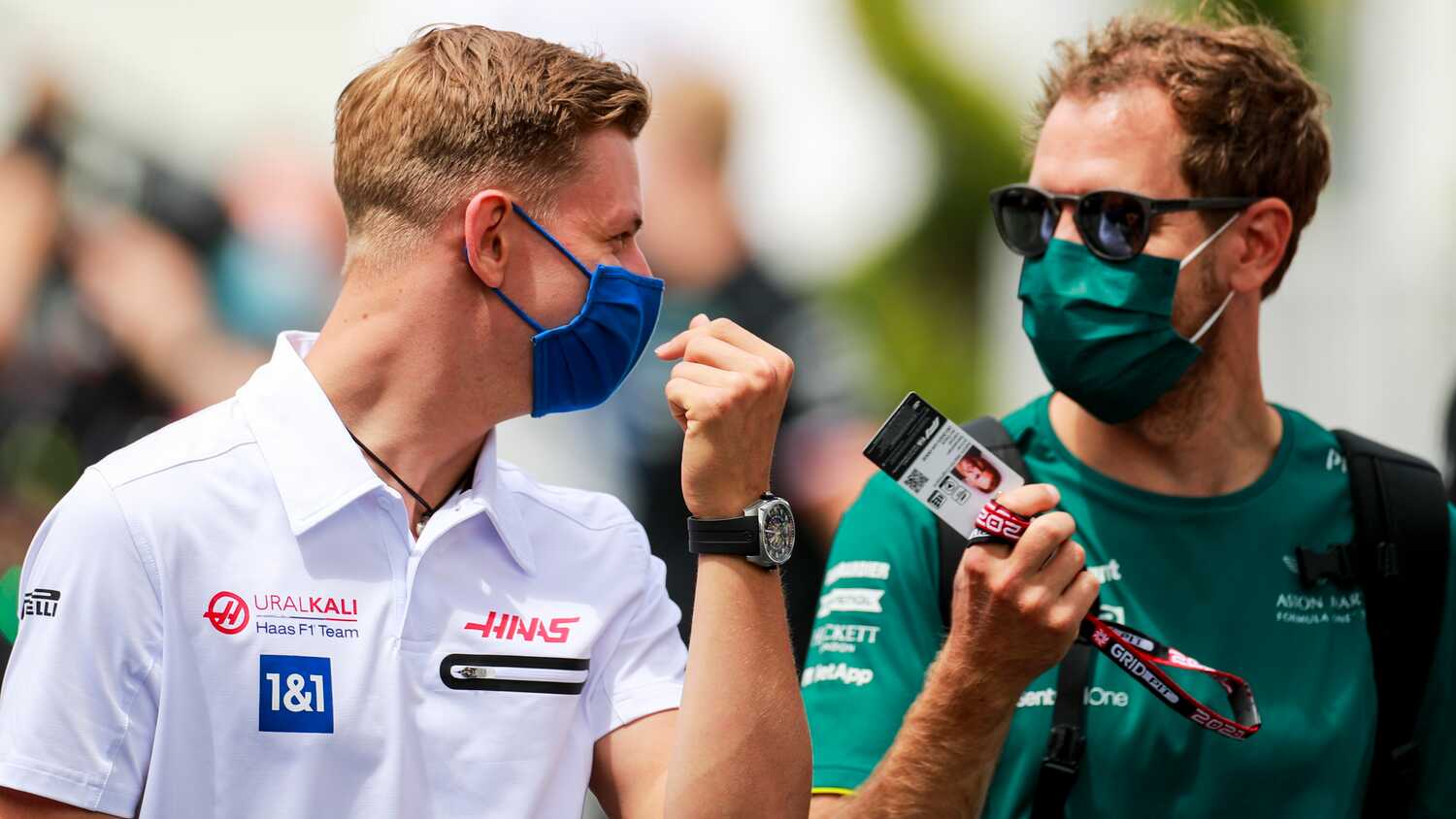 Sebastian Vettel believes his friendship with Mick Schumacher remains just that, and not akin to a mentorship role despite his willingness to share advice.

Vettel and Schumacher, son of seven-time World Champion Michael, have become close friends since Mick arrived on the periphery of Formula 1 in the last two years, before he landed his first F1 seat with Haas for 2021.

Vettel and Schumacher are constantly chatting, with the four-time title-winner sharing advice from his illustrious career as Schumacher finds his feet in F1.

It appears to be similar to the mentor relationship Vettel had with Schumacher senior in the final years of Michael's career, but Vettel says he doesn't feel that there's a responsibility on his shoulders.

"Not really. Of course, the bond is there through Michael," Vettel said in an interview with F1-Insider.

"But Mick comes from a very good family. He's a very sensible, well-mannered young man who is now ready to go his own way. He's doing that very well.

"His work ethic reminds me of his father. I sincerely wish him a car with which he can make more of a mark next year."

"Zero competitive thoughts towards him"

While Schumacher and Vettel have met on track a few times in 2021 as a result of Haas' and Aston Martins' relative lack of competitiveness, Vettel says he has no interest in developing a competitive rivalry with Schumacher.

The pair team up once again for Germany in the Race of Champions before the 2022 F1 season, and Vettel said that's the type of relationship he wants to nurture with Schumacher.

"I am more a friend than someone who feels responsibility," Vettel said.

"You are always there for friends. That's why I have zero competitive thoughts towards him and I am happy to pass on my experience."

With Vettel now one of F1's elder statesmen, he admitted that he has no problems passing on his wisdom to the likes of Schumacher, or even his own young teammate Lance Stroll.

"I'm not the type who weighs everything up in a paranoid way anyway, in order to have my own advantages and play games," Vettel explained.

"It also doesn't make sense to me to withhold certain things from teammates.

"I rather see the big picture, that we want to progress as a team. Today we are able to see everything transparently through data anyway."