Vettel excited by updates: Spirit at Aston Martin is great

Aston martin's Sebastian Vettel is keen to try out the team's latest upgrades, and has asserted the team's morale hasn't dipped as a result of the poor start to the season. 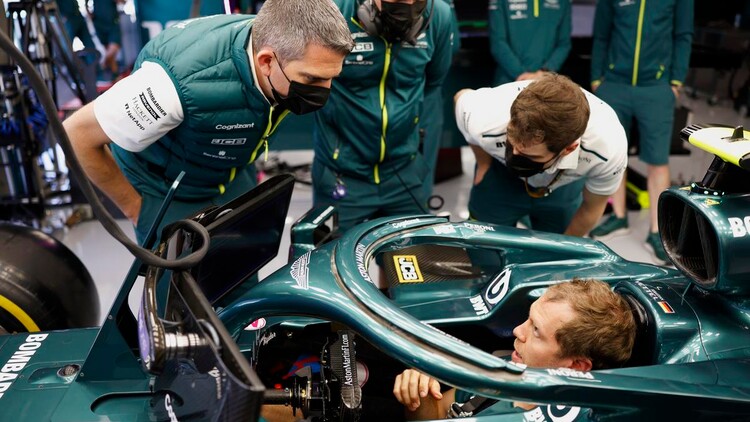 Sebastian Vettel has said that Aston Martin are still excited to grow together with him, as he finds his feet at his new team.

Vettel's start to 2021 hasn't been strong, with the German yet to score a point for his new team. Portugal was the first sign of life for the new partnership, with the four time Champion making it into Q3 before slipping back in the race.

Having joined the former Racing Point team from a decade with Ferrari and Red Bull Racing, Vettel was asked whether he has identified areas in which Aston Martin can improve to become a front-running team.

"Well, I think it's not a secret we expected to be stronger this year, obviously, for reasons we are not," Vettel told media, including RacingNews365.

"So it is what it is. I think yet I think we we can grow as a team. There's a lot of small things that we are looking at, we can improve. And I think, yeah, the whole group is still very excited. The spirit is great. So I'm very happy where I am, despite obviously, the performance not being where we all wanted it to be."

Vettel gets his hands on the first Aston Martin updates this weekend, a week on from Lance Stroll's car being fitted with them for the Portuguese weekend.

The German driver said the updates compared favourably against his own, older-spec car last weekend and, as a result, he's excited to try them out himself.

"I think they were doing what they were supposed to do so should be a step forward," Vettel said.

"But in the end, it's all relative. I don't know what other other teams are doing. Whether they are bringing updates here or not. Historically, Barcelona has always been a circuit where people bring updates, but obviously we've got a slightly different calendar now. So looking forward to find out."