Vettel 'did nothing wrong': Other drivers broke the agreement

Aston Martin's Sebastian Vettel doesn't believe he did anything wrong in the qualifying incident that has brought him before the stewards in Austria. 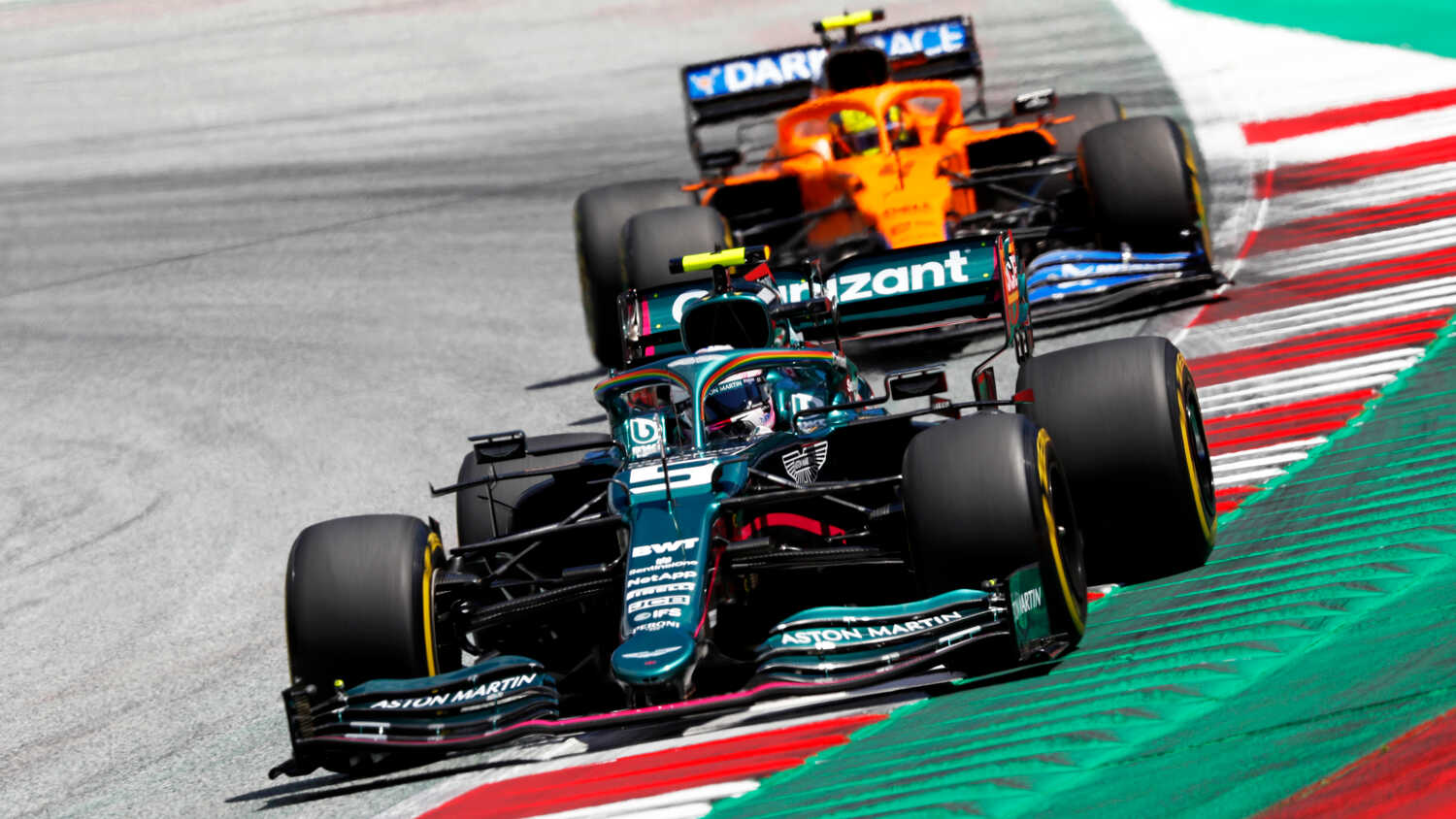 Aston Martin's Sebastian Vettel has pointed the finger firmly at other drivers for causing the queue that resulted in him inadvertently blocking Alpine's Fernando Alonso at the end of Q2.

With drivers not permitted to slow down to create a gap through the blind Turn 9 and into Turn 10, Vettel was preparing for a lap when Alonso approached quickly from behind. Vettel ended up blocking Alonso, to the Spaniard's annoyance, with an apologetic Aston Martin driver signalling his apology from the cockpit. But Vettel explained the circumstances after, saying he didn't think he'd done anything wrong.

"I don't think so, I think we agreed that we slow down between [Turns] 8 and 9 which is what I did, everybody passes me and jumps the queue," Vettel explained to media, including RacingNews365.

"And then they all slow down between [Turns] 9 and 10 where we agreed not to slow down. So now you know the rest of the story."

Since Vettel and Alonso appeared before the stewards, both Mercedes' Valtteri Bottas and Ferrari's Carlos Sainz have also been summoned, suggesting that these may be the drivers that Vettel is suggesting jumped the queue. Having been behind Red Bull's Sergio Perez on track, Vettel didn't think the Mexican had been a contributing factor.

"Sergio and myself, we dropped back between 8 and 9 and everybody was just passing us. So I don't think Sergio was in the way. I think I was just the last one. And the first one that Fernando was meeting.

"As soon as I looked in the mirror, because it's not a good, nice place to meet some traffic and I saw him coming and, half a second later, just after I saw him and sped up, I got the radio call.

"So I tried to avoid him and basically cancelled my lap. So, in order to give him room, the maximum I could at that point, I sacrificed my own lap. We didn't make it so, not much I could do."

With the 'gentleman's agreements' that appear to exist amongst the drivers frequently a source of frustration for drivers, Vettel explained that he didn't feel he could have done a whole lot more.

"You ask Michael [Masi -FIA Race Director] about it. I did what we were supposed to do.

"I think we'll see what happens. As I said, from my side, I didn't do anything wrong. I was the last one in the queue. But I think the others should not jump the queue in the place where we agreed to slow down to then slow down after that. So I don't know if they were not listening."