Vettel: Aston Martin maybe a little more aggressive than others

Lance Stroll and Sebastian Vettel both impressed in Friday practice at the Austrian Grand Prix, but the Aston Martin pair are playing down expectations for qualifying. 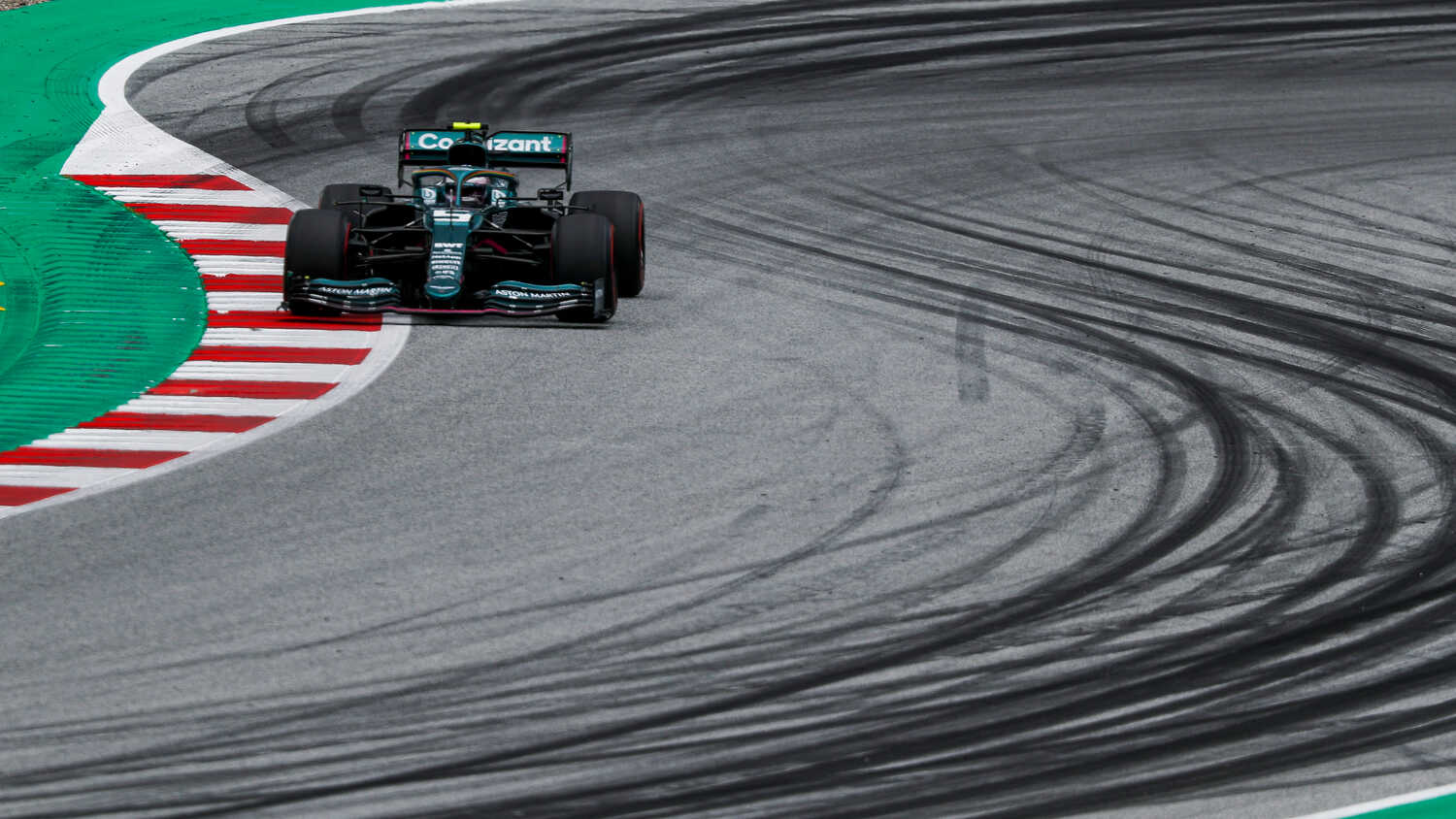 Sebastian Vettel and Lance Stroll are not getting their hopes up despite a brilliant Friday at the Austrian Grand Prix.

Vettel and Stroll were both inside the top five in the second practice session as their Aston Martin machinery came alive under the clouds and cooler conditions at the Red Bull Ring.

“It’s Friday,” Vettel told the press with a smile. “Obviously if we are fifth on Saturday that would be amazing, but it’s still early days.

“Maybe we were a little more aggressive than other people. But it’s definitely good, we’ll take it. We tried a couple of things as well, so let’s see tomorrow. Different conditions this weekend. Hopefully we’ve done our homework in the time in between [races] and we’re a bit stronger this weekend.”

Stroll bounced back from two high-speed spins in the morning session to finish FP2 in fourth. He managed to make Q3 at the Styrian GP and is looking to match or better that result on Saturday.

“It felt pretty good out there," said Stroll. Not sure what the others are up to though. It was an eventful morning, but a smoother afternoon.

"Overall we got some good laps in today and learnt a lot, so I look forward to tomorrow.”

Stroll feels that Pirelli's decision to bring the C5 tyre to this weekend's Austrian GP, having only previously been used in Monaco and Azerbaijan, has been a good thing.

“It feels good on the softer compounds and might mix up strategy a bit for the race too, which would be cool. As you can see it’s a tight pack. We don’t know on Friday what everyone is doing, so we’ll just have to wait and see.”