Sebastian Vettel finished an impressive second in a chaotic Hungarian Grand Prix. Despite this surprise result, the German couldn't help but wish for more. 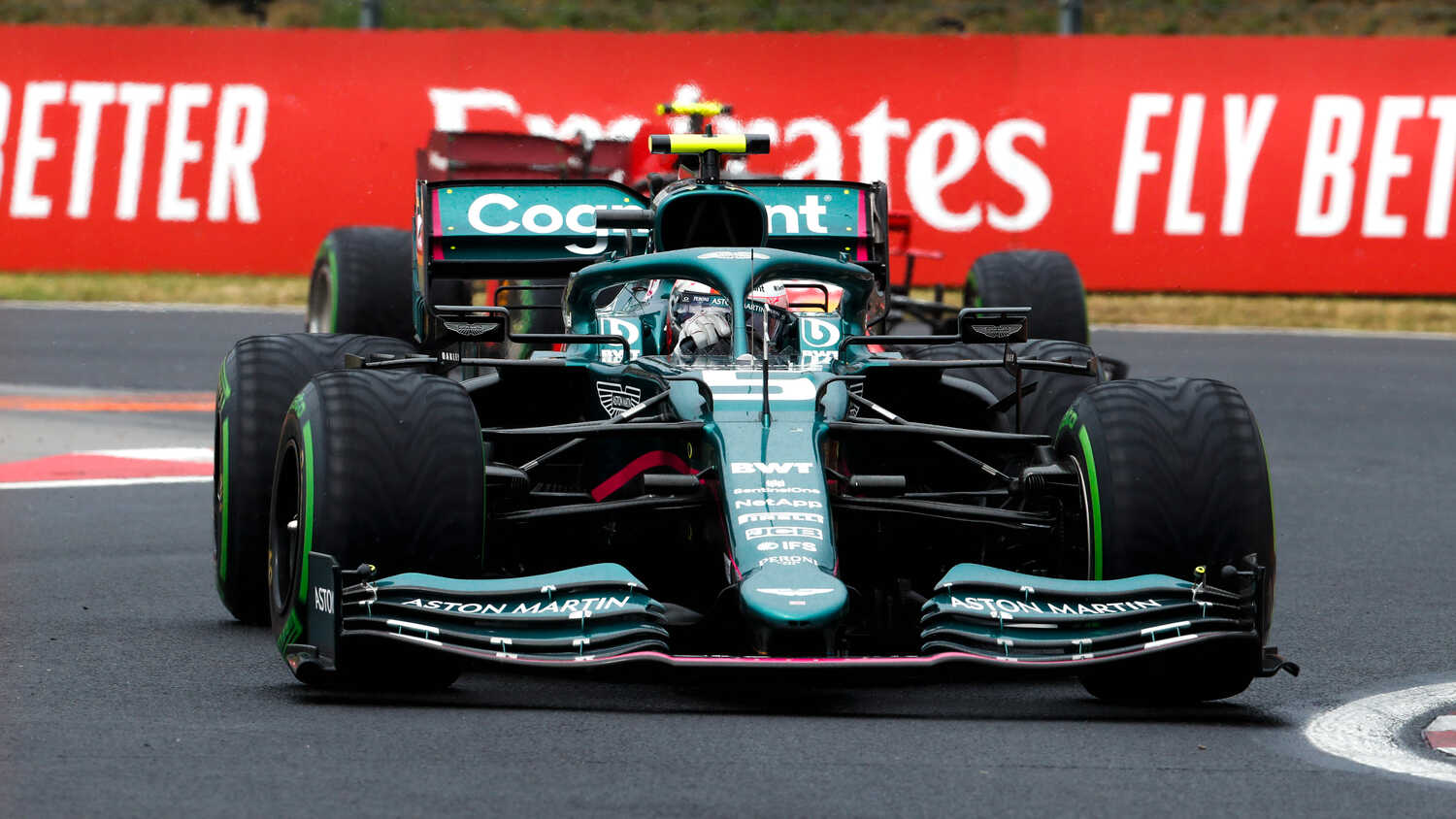 Sebastian Vettel admits he was a little disappointed to miss out on victory after finishing second in a chaotic Hungarian Grand Prix.

The Aston Martin driver benefited from avoiding the collisions that blighted the opening lap of the race and found himself battling near the front behind the Alpine of Esteban Ocon. Despite getting close to the Frenchman at various points in the afternoon, Vettel was unable to get past but praised Ocon for an impressive performance in what was his debut victory in Formula 1.

"I'm obviously a little bit disappointed because I felt I was faster for the majority of the race," Vettel told Sky Sports F1. "But Esteban didn't do a single mistake and I didn't really get close enough. It's not an easy track to overtake.

"I really pushed very very hard but he stayed on track and well deserved for him to celebrate his first victory. Obviously it's a great result for us but when it's that close, you're always looking at the win rather than the second."

Vettel feels he made a poor start at the beginning of the race, but this actually paid off for him given what happened ahead at Turn 1, with several drivers eliminated following incidents involving Valtteri Bottas and Lance Stroll.

"Well I had a very very bad start, but it turned out to be the best place to be," the four-times World Champion - who started the race from 10th on the grid - explained.

"Obviously there was a lot of stuff going on ahead of me. I took it easy and took the inside line that was clean, and found myself basically at the front of the pack, so that definitely made our race today."

Vettel added: "I think we are very close with Esteban in terms of pace. I pushed so hard, I tried to push him into a mistake. It's so difficult in the final part of the middle sector to stay close enough, otherwise I think I could have tried something.

"He did well to defend the way he did and not running into a mistake."