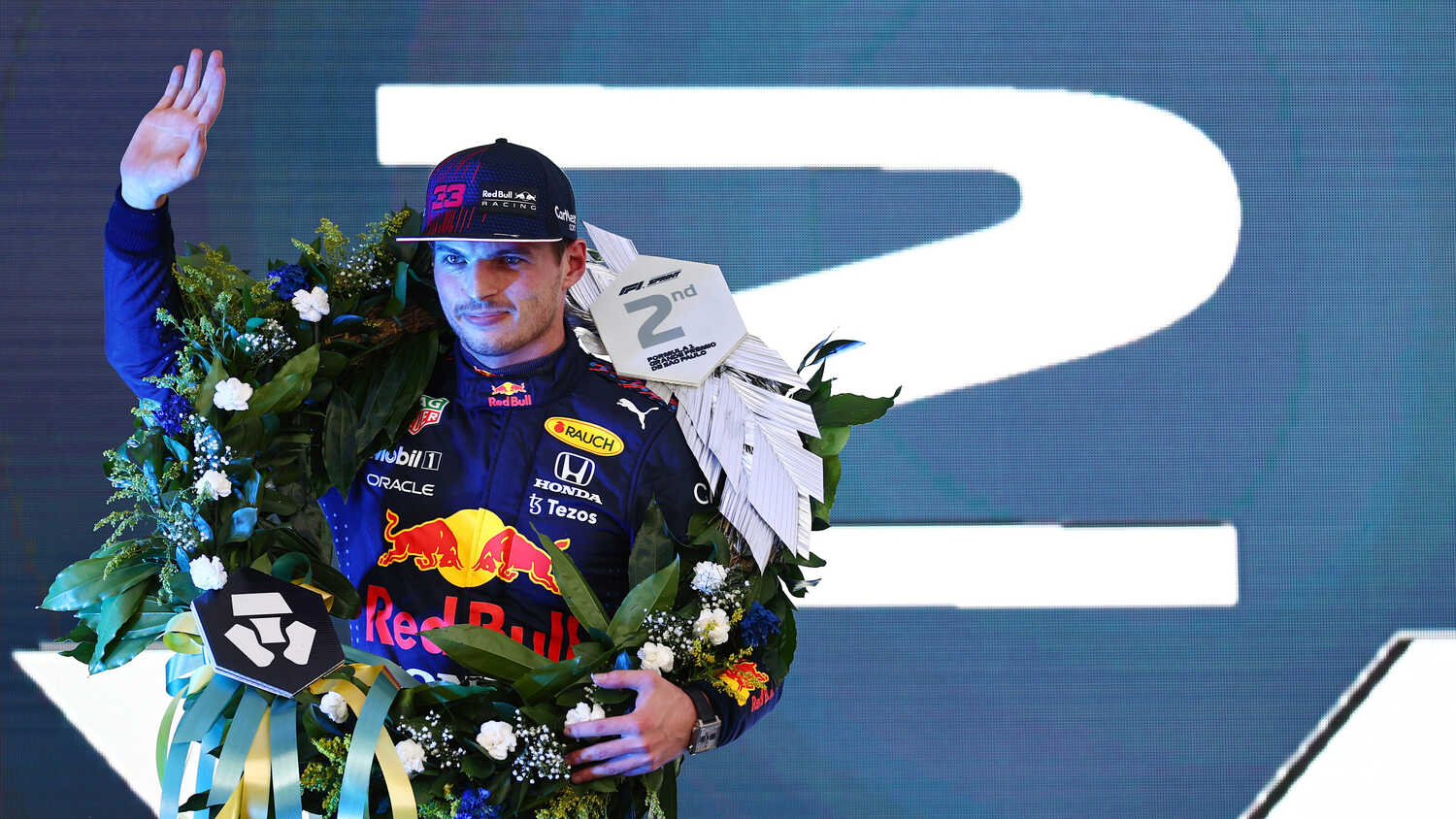 Red Bull's Max Verstappen will start Sunday's Sao Paulo Grand Prix from second place on the grid, having been beaten in the Sprint Qualifying race by Mercedes' Valtteri Bottas.

Verstappen started the race from first place but, using the Medium tyres, was beaten off the line by Bottas, who ran the Soft tyres. Verstappen was then overtaken into Turn 3 by Ferrari's Carlos Sainz, also on the Softs, and took a few laps to get back past the Spaniard to pursue Bottas.

The 24-lap race wasn't quite long enough to see the Soft tyres fade significantly, meaning Verstappen was left staring at the back of the Mercedes all the way to the chequered flag.

"The start itself wasn't the best but also, of course, [we were] on the harder compound, so that also didn't help," Verstappen explained after the qualifying race, where his second-place also meant he pulled away another two points in the Driver's Championship over Lewis Hamilton.

"Especially to put the [tyre] energy in around here, it wasn't the easiest but, nevertheless, the pace was quite good.

"Once you close up here [behind another car], you can't really pass."

But having failed to launch a proper attack on Bottas down the pit straight, despite getting into DRS range in the closing stages, Verstappen is regrouping for the Grand Prix.

"They're fast on the straights," he commented.

"You need a really good last corner to be able to pass. Today it wasn't possible, but we'll try again tomorrow."