Red Bull's Max Verstappen wasn't happy with his own qualifying performance, after being beaten to the front row by Sergio Perez. 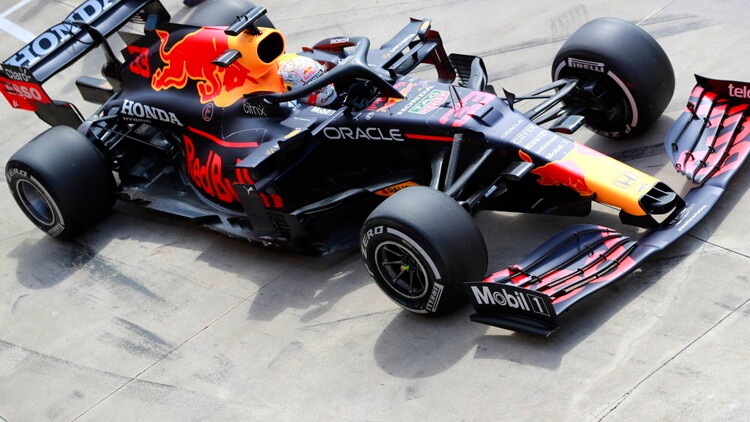 Max Verstappen has bemoaned his own qualifying performance on Saturday at Imola, after the Dutch driver failed to improve on his second qualifying run in Q3.

Verstappen will start the race from third place on the medium tyre, directly behind the polesitter Lewis Hamilton. The Mercedes and Red Bull are split by Verstappen's teammate Sergio Perez, who popped onto the front row as the chequered flag fell.

Verstappen was clearly unhappy after the session, and admitted afterwards that he was disappointed with his scrappy second flying lap.

"It felt alright in FP3. In qualifying, you change tyres from soft to medium trying to put your lap in. It was all coming along nicely but then, in Q3, the final run.

"I just didn't have a good lap, I went off in Turn 3 with two wheels. I know Honda makes good lawnmowers but I don't think this one is suited for that!

"At least I tried but I know it was just really a scrappy lap and I haven't had that in a long time. So just need to understand why that that happened.

"But yeah, nevertheless, I think we were very close. So that's positive. And we have two cars, close to Lewis, on different tyres. So hopefully, that will give some excitement tomorrow."