Red Bull's Max Verstappen is hoping to be close to Mercedes this weekend at Monza, but admits that the balance of power is likely to be with his title rivals. 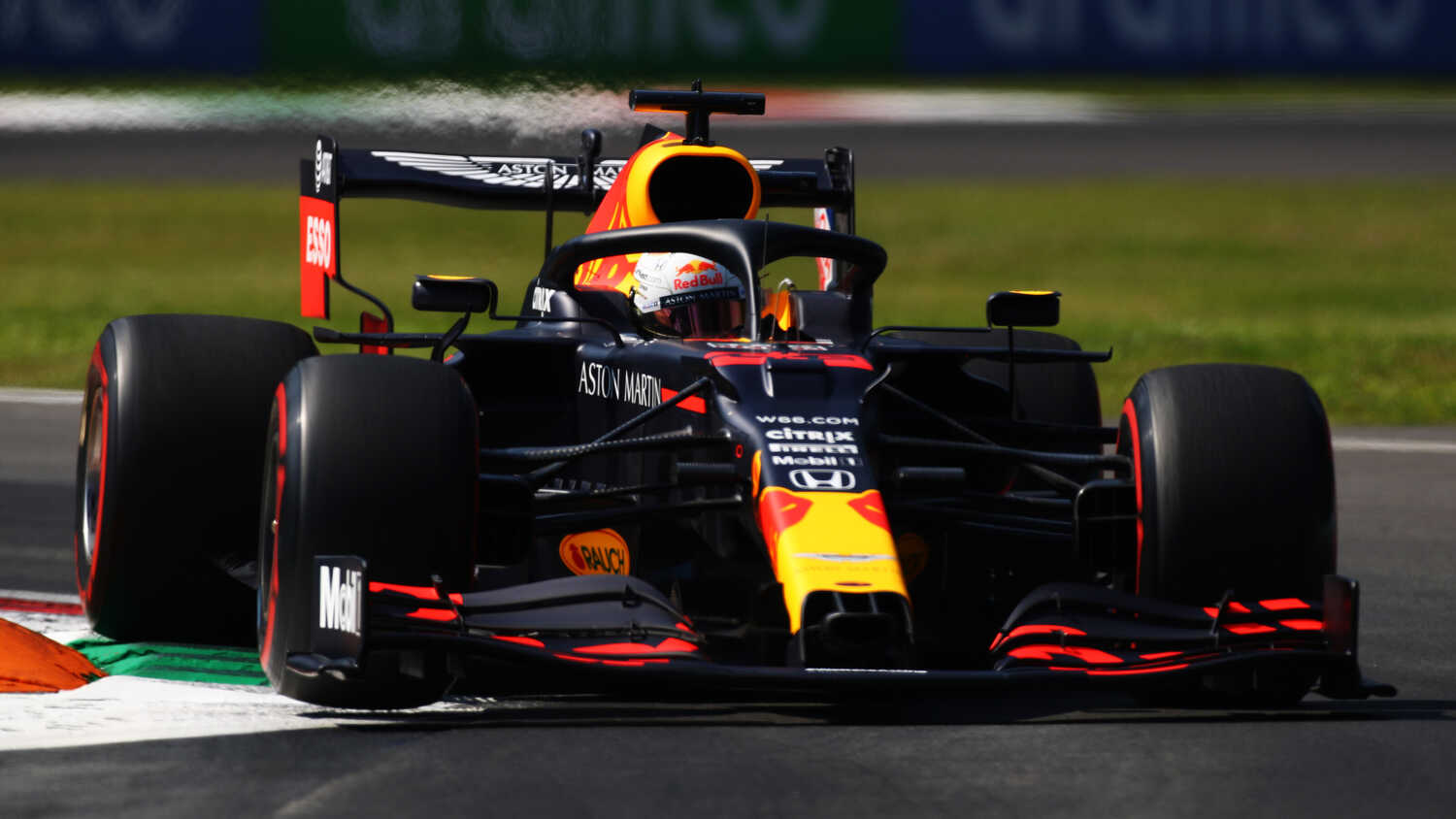 Max Verstappen is hopeful of simply remaining close to Mercedes this weekend at Monza, a track where he and Red Bull have quite a poor record by their usual standards.

Verstappen's best-ever result at Monza is fifth place, scored in the 2018 race, with the Honda and Red Bull combination yet to bear fruit at the Italian Grand Prix.

While this year's Honda engine is a clear step forward, there's still a sense that the Mercedes power unit is the one to beat and, at a track where horsepower is king, Verstappen admitted that the task ahead is a big one.

"On paper, this is the most difficult race for us, but we will see. It is difficult to say how we will do. I do not expect it to be a weekend like in Zandvoort, but hopefully we will be close," Verstappen told media, including RacingNews365.com.

"Sometimes it's very close to each other. Sometimes we are in front and sometimes Mercedes are in front of us. This weekend has never been very good for us.

"I think it will get better with the car and the engine we have. But I expect Mercedes to do very well."

Mercedes have won five of the last seven Italian Grands Prix, with Lewis Hamilton en route to victory last year, too, until a time penalty cost him the win.

As Monza demands all-out horsepower in the high-speed sweeps through the forest, the only consideration for downforce is to put just enough on to allow the drivers to get through the chicanes, the Lesmos, Ascari and the newly renamed Curva Alboreto.

Verstappen explained how the compromise to find the perfect downforce setting affects the grip and poise of the car.

"The braking gets harder, and so does the traction through the bumps. The track looks fairly simple in layout, but it's not easy to get everything out in one lap here, through the slipstreams and warming up the tyres. For a top lap, everything really has to come together.

"This is not our best track, but that also has to do with the top speed. I think it will be better than other years, but it won't be like in Zandvoort where we were in front of the Mercedes."

Ironically, it was a Honda engine that won last year's race after Hamilton's penalty, with AlphaTauri's Pierre Gasly capitalising on the mid-race chaos to cross the line and win.