Against all odds, it's advantage Max Verstappen as F1 says goodbye to a wet and wild weekend in Russia. Although the Red Bull driver no longer sits atop the standings, Lewis Hamilton's win likely won't bother the team too much. 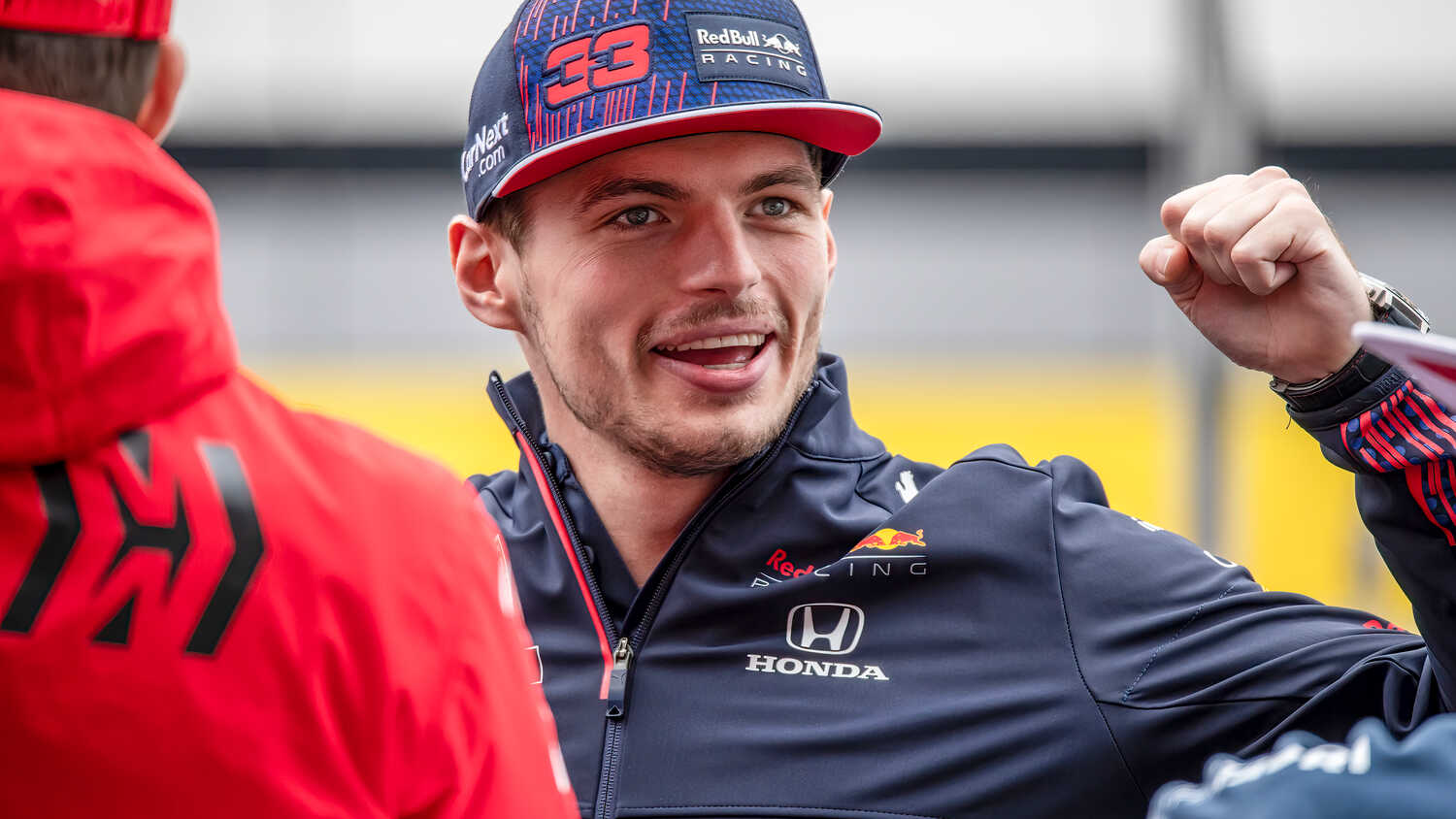 In the end, the 2021 Russian Grand Prix saw a familiar final classification as Lewis Hamilton claimed his 100th victory, with championship rival Max Verstappen finishing behind him in second.

How we got there, however, was anything but straightforward. After grid penalties and a pit lane mistake in qualifying, Sunday's race at the Sochi Autodrom gave both championship rivals and their teams plenty to smile about.

While Hamilton's smile will rightfully be quite large, Verstappen is likely to leave Sochi grinning from ear to ear. RacingNews365.com looks into why that's the case.

Sunday's win in Russia won't go down as Hamilton's best F1 victory. It may not even go down as his best this season, but fans and neutrals were certainly treated to an entertaining affair.

After finding himself behind Daniel Ricciardo for much of the first half of the race, the Mercedes driver looked to be in line for a long afternoon at the Sochi Autodrom. Hindered by a poor qualifying performance, Hamilton's race didn't pick up steam until after his pit-stop on Lap 26.

Having been 13 seconds back on race leader Lando Norris at one point, that gap shrunk to just over one second as the threat of rain loomed over the closing stages of the race.

While Norris ultimately chose not to pit for Intermediate tyres until it was too late, Hamilton did come in, with the decision proving to be the right call.

Toto Wolff admitted after the race that Mercedes' focus was on the championship battle, not Norris, and that their decision was made easier by the fact that Verstappen had already come in for Intermediate tyres.

Without the rain it's unlikely Hamilton would have found a way past Norris, having struggled for so long behind Ricciardo's McLaren earlier in the race.

Both Mercedes and Hamilton won't be too bothered over how the outcome came about. In the end they got the win they needed, at a track where they were pencilled in as favourites prior to the start of the weekend. 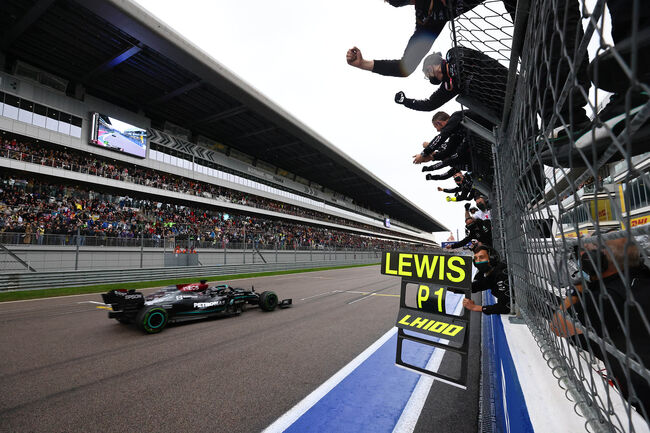 Hamilton's win is all the more important given that Verstappen, against all odds, managed to go from P20 on the grid to P2 at the chequered flag.

The result will no doubt feel like a win for Red Bull, a sentiment Team Principal Christian Horner made all too clear following the race.

Having made the decision to change Verstappen's engine on Friday, Red Bull's goal this weekend was to limit the damage in terms of the championship battle.

They certainly did that, with Verstappen even finding himself just eight seconds behind Hamilton on Lap 17. The Dutchman's pace dipped somewhat after switching to Mediums, even dropping to seventh as Fernando Alonso made his way past in the closing stages of the race.

However, just as the rain helped Hamilton take victory, it may have helped Verstappen more in the long term. A calculated switch to a set of brand-new Intermediate tyres played a key role in the Red Bull driver clinching P2.

The fact he finished 53 seconds back on Hamilton matters little, with the Briton even bemoaning the result after the race.

"To come from last to second is a huge effort," Hamilton told Sky Sports.

"I mean, look, the Red Bulls are so fast, you know, they've been quickest pretty much most of the year, so they've done a great job.

"To come from last, have a penalty, have two penalties or whatever it was, and come back to second, that's mega damage limitation."

With Red Bull advisor Helmut Marko convinced Hamilton and Mercedes will have to take a fourth engine at some point this season, Sunday's result could be a huge turning point in who takes the 2021 F1 World Championship.

Perez and Bottas non-factors once again

While both drivers finished Sunday's race in the points, you'd be hard pressed to say Valtteri Bottas or Sergio Perez impressed all that much in Sochi.

Bottas' weekend started strongly on Friday, but after underperforming in qualifying, things went from bad to worse with news that he would drop 10 places from his original starting position due to Mercedes changing some of the elements in his power unit.

After failing to keep Verstappen behind him early on, the Finn made little progress through the grid and looked set to finish out of the points despite driving the best car in Russia.

That all changed with the rain. Bottas somehow managed to finish fifth, sparing him from certain embarrassment.

As for Perez, the Red Bull driver was in the fight for the podium at one point, which would have been a welcome result given his unimpressive showing in qualifying.

Having gone long on the Hards and changed to the Mediums for a late push, Checo's expert race craft had him surging past rivals.

However, just as a strong finish was within touching distance, the rain turned his race upside down. Both he and Red Bull waited too long to put on the Intermediates, a decision that cost him a strong points finish, as he settled for ninth.

Results aside, Sunday's race is another example that both drivers have to step up their performance. With just seven races remaining in the campaign, the World Championship may very well be decided by which second driver shines brighter. 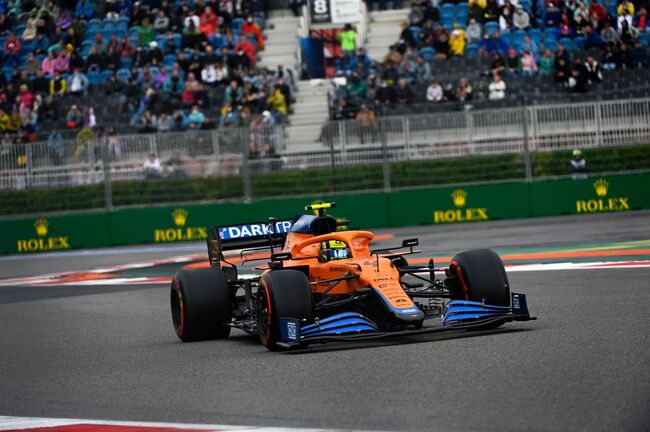 No shame in Norris' non-win

A quick word on Norris, who was denied his first F1 victory in the cruelest of fashions.

Having started on pole, there only ever looked to be one winner on Sunday despite Hamilton coming within one second of the McLaren driver in the closing stages of the dry portion of the race.

While Norris' final P7 classification will no doubt feel like a gut punch, he should rest easy knowing that only the weather denied him in Sochi.

Of course, with hindsight, it's easy to say both he and McLaren made the wrong decision, but things could have very easily turned out differently had the rain held out for just a few more minutes.

Nevertheless, we're confident in our assertion that Norris' first win was merely delayed.