Max Verstappen is keeping a cool head despite Lewis Hamilton and Mercedes' blistering pace in Brazil. 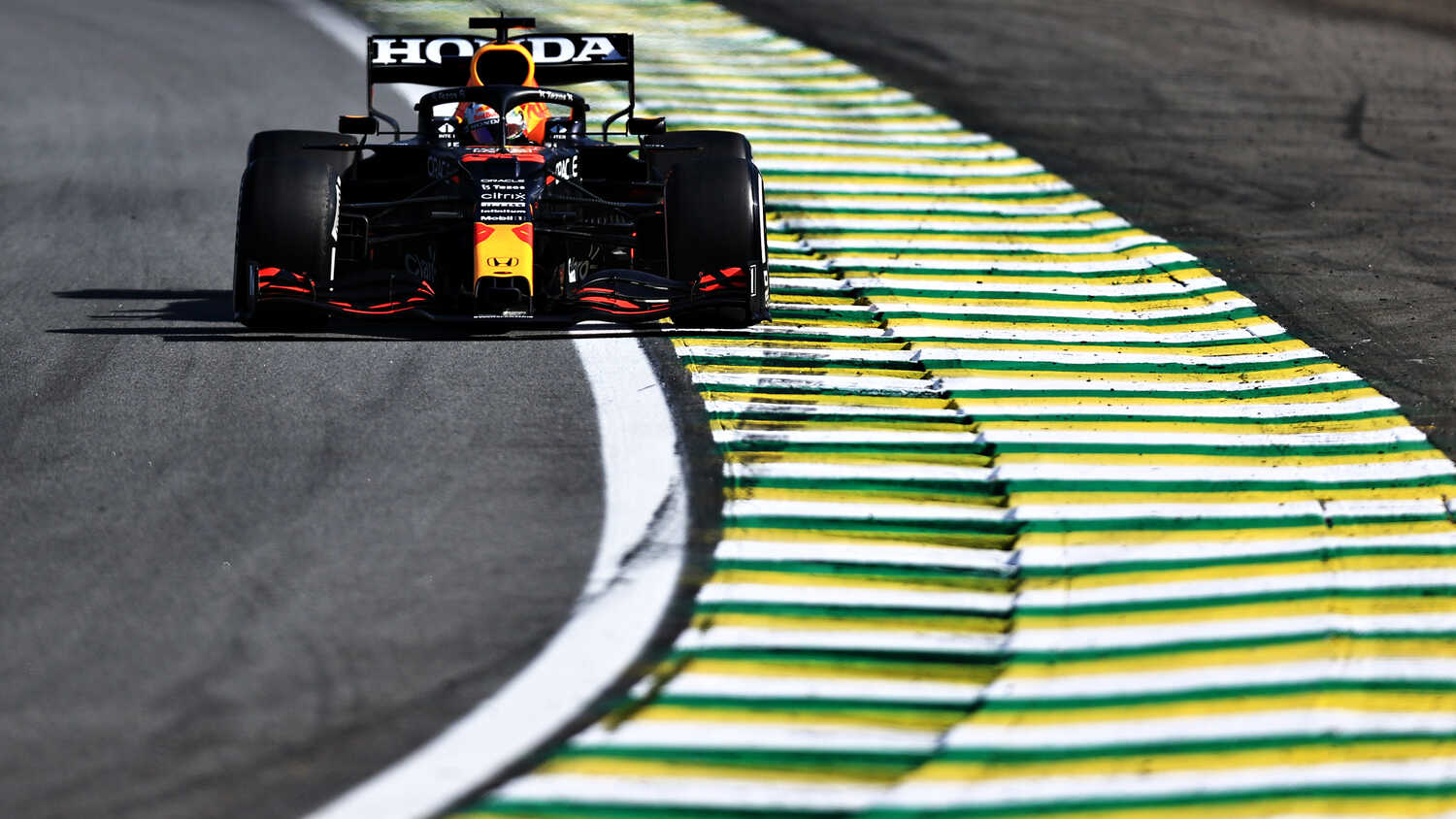 Max Verstappen says the pace advantage displayed by title rival Lewis Hamilton in Brazil was made "more dramatic" by his new engine, and expects the situation to change over the remaining races.

Hamilton served a five-place grid penalty at Interlagos after being fitted with a new Internal Combustion Engine (ICE), and despite starting Sunday's Grand Prix from 10th position, he found himself running second to Verstappen by Lap 17 of 71.

Although it wasn't until Lap 59 that Hamilton finally found a way past Verstappen, even Christian Horner admitted there was little his Red Bull driver could do to stop the "unraceable" Mercedes.

Verstappen described the weekend as "very tough" from Red Bull's perspective, but doubts that Mercedes' performance step will be sustainable.

"Of course, I would have liked to have been a little bit closer, but it just seemed very tough for us here," Verstappen told RacingNews365.com and other accredited members of the media.

"Of course, taking the new engine clearly gave them a bit of performance initially... Maybe it looks a little bit more dramatic now, but I'm confident that slowly, that will be more normal."

The fight for the 2021 World Championship has been tightly contested between Hamilton and Verstappen all year, and the Dutchman doesn't expect that to change heading into the final three races of the season.

Verstappen added: "It's been like this the whole year, hasn't it? I was up, came down, went behind, and then went back in front. A lot of things can still happen."

Verstappen leads Hamilton by 14 points in the Drivers' Championship, while Red Bull trail Mercedes by 11 points in the Constructors' standings.