Max Verstappen proclaimed his love for Red Bull after crossing the line in Abu Dhabi to win his maiden World Championship. 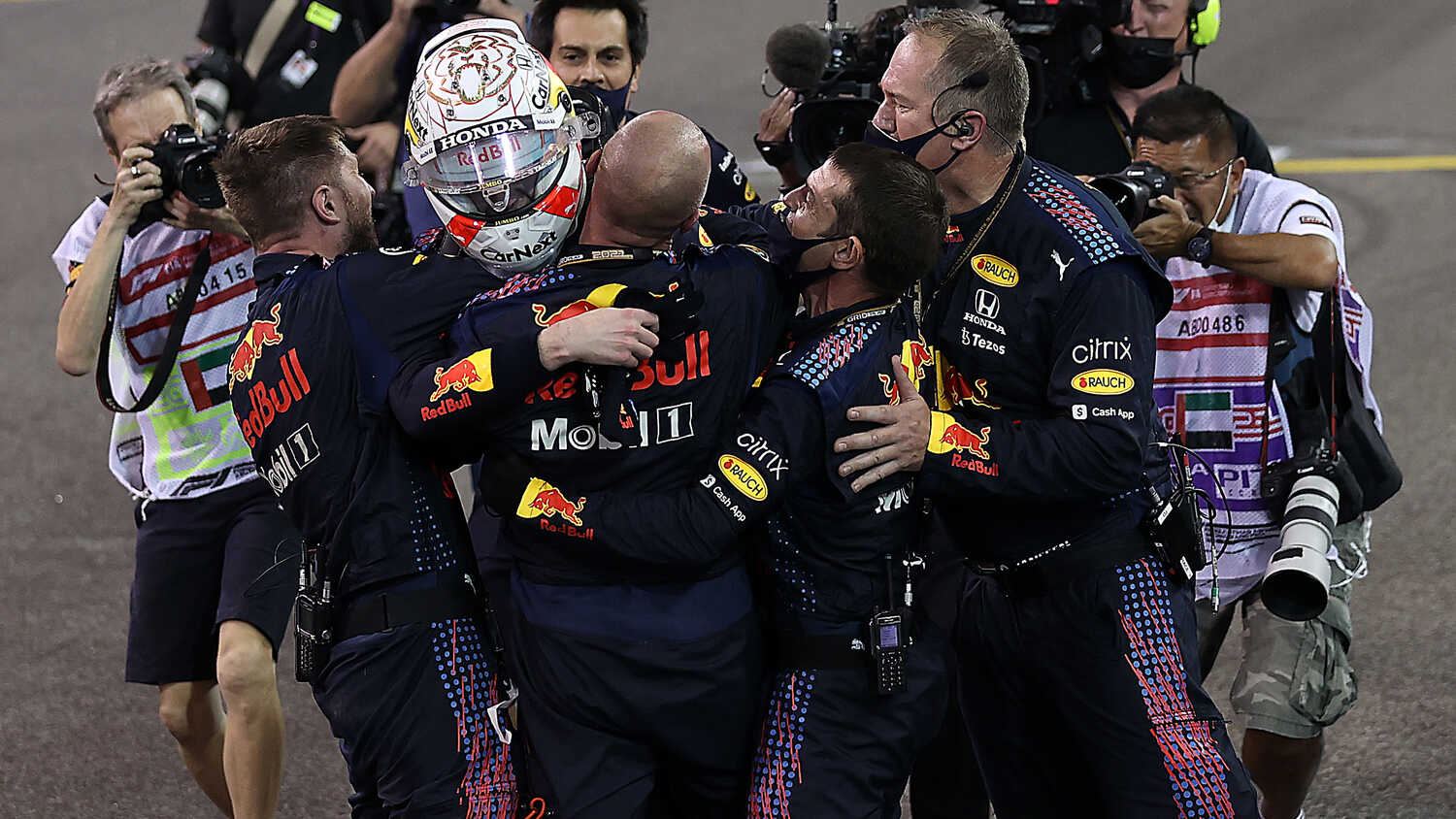 Max Verstappen says he hopes he can stay with Red Bull for the rest of his F1 career, after winning his maiden title with the team in the Abu Dhabi Grand Prix.

Verstappen clinched an unlikely title after a late Safety Car allowed him to swap to the Soft tyres and attack Hamilton - on old Hard tyres - on the final lap.

"We kept fighting and then that opportunity in the last lap... it's incredible. I'm still having a cramp! But it's insane. It's insane," beamed Verstappen.

With the victory coming at the end of Honda's tenure in the sport, since they returned seven years ago, Verstappen said the long-term project has been a labour of love.

"I don't know what to say. These guys here are my team, and Honda as well, they deserve it," he commented.

"I love them so much. I really, really enjoy working with them, since 2016. But this year has been incredible.

"To my team, I think they know I love them. I hope we can do this for 10 to 15 years together. There's no reason to change, ever. I want to stay with them for the rest of my life. They love me. Yeah, it's insane!

"I'm so happy, and also [Red Bull team boss] Christian [Horner] and [Red Bull advisor] Helmut [Marko] trusting me to be in the team in 2016. Our goal, of course, was to win this championship, and now we have!"

With Verstappen's title win coming about after a huge stroke of luck, Verstappen also benefitted from a time gain as teammate Sergio Perez held up Hamilton early in the race.

Defending hard against Hamilton ahead of his own pit-stop, Verstappen gained almost seven seconds on Hamilton as Perez fought off the quicker Mercedes.

Acknowledging the pieces of the puzzle that fell into place for him, Verstappen said it was about time some luck went his way.

"Finally, a bit of luck for me!" Verstappen added.

"I also want to say a big thank you to Checo [Perez]. He was driving his heart out as well today. It was great teamwork and he's an amazing teammate."