The Red Bull driver expects the championship momentum to continue to swing between himself and Lewis Hamilton during the final nine events of the season. 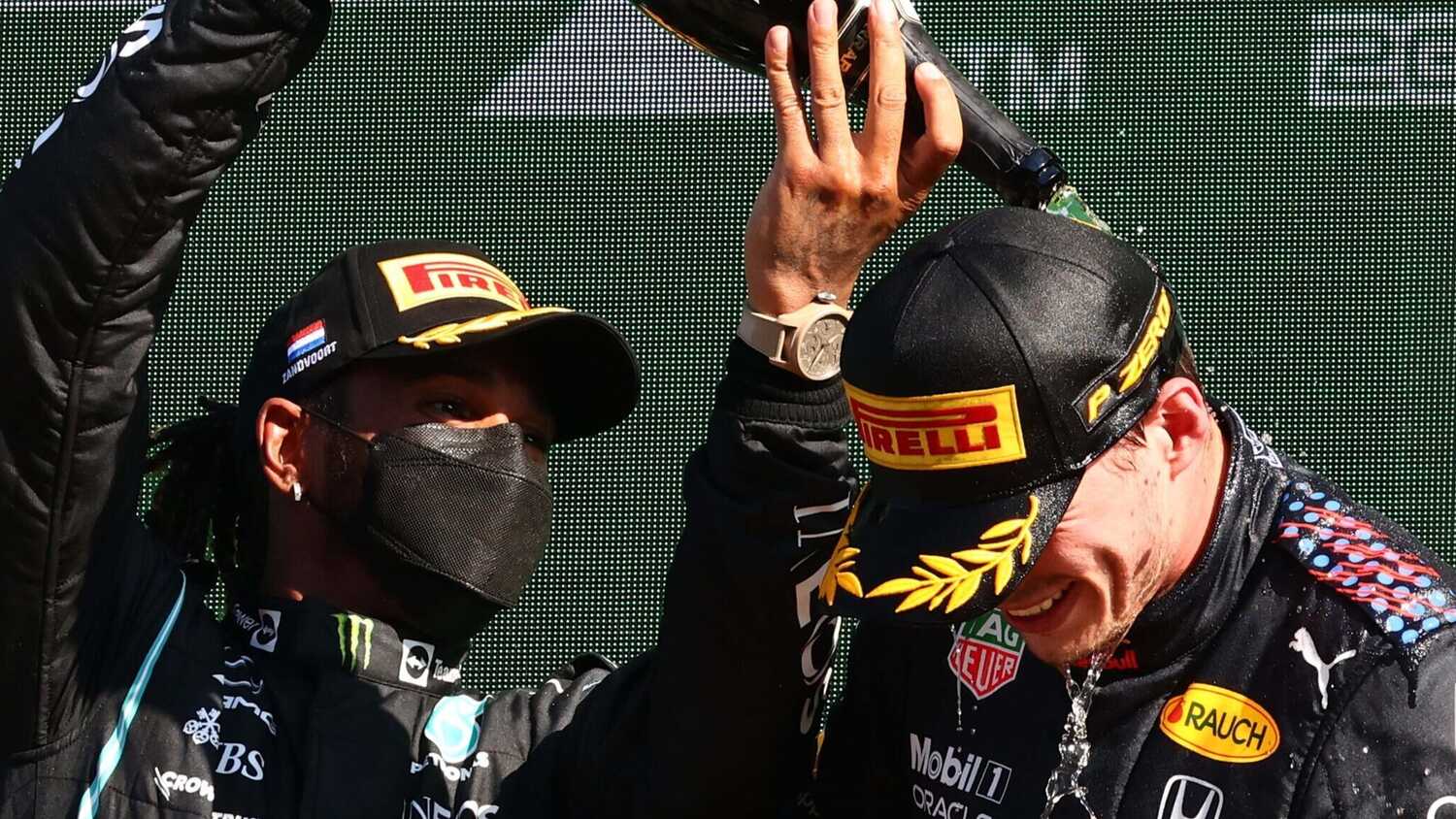 Max Verstappen reckons his title fight with Lewis Hamilton will continue to twist and turn despite his impressive victory at the Dutch Grand Prix.

Red Bull driver Verstappen made it back-to-back F1 wins with a strong drive to beat Mercedes pair Hamilton and Valtteri Bottas after an intense strategic battle at Zandvoort.

Although delighted with his latest win, he remains wary of the threat Mercedes will pose at the coming races.

"I think you should look at the realistic pace, what there was, and not always look at the race result, because I definitely think that they [Mercedes] would have won in Hungary if everything went normal," Verstappen told RacingNews365.com and other select members of the press.

"That's why I really thought in the break, I was like, 'We really need to speed things up here, because otherwise they're going to run away with it', and I think we did pick it up a bit.

"I feel like we still need a bit more, but it's heading into the right direction.

"Also there's still quite a lot of different kinds of tracks coming up, so it will definitely swing both ways. We just have to keep on it and keep pushing and keep bringing new bits to the car."

Verstappen took the lead in the Drivers' Championship by three points following his seventh win of the season.

The Dutchman admits he felt the pressure in the second half of the race when Hamilton was on the Medium tyres compared to Verstappen running the Hard compound.

"The whole race was quite close between myself and Lewis," said Verstappen. "He was really putting the pressure on. He was putting in some great laps.

"Luckily, it was enough at the end with 72 laps around here, [and] pushing [all the time] was satisfying.

"It's an incredible feeling to win in front of the fans, but also the king was watching with the family, so [it was] just an incredible day."